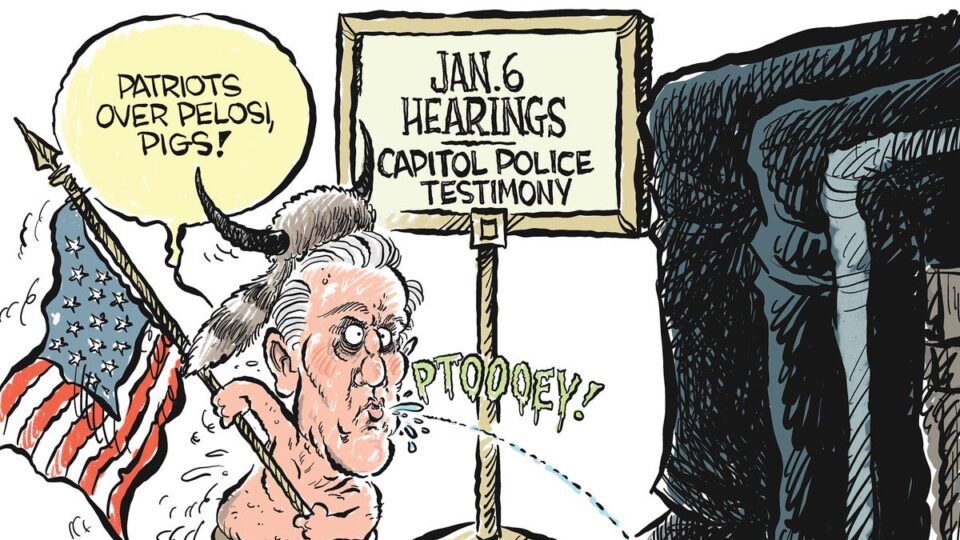 I am so concerned that nearly every day there is a news report about extreme weather events, much the result of climate change. The News-Press reported that more than 85 large wildfires are raging around the country, and that they have burned 1.4 million acres. Scorching heat domes, prolonged droughts, epic mudslides, supercharged hurricanes.

Polls show most Americans want the government to act. Many in the corporate community are urging Congress to pass a price on carbon. Economists call for a price on carbon because it corrects a market flaw (fossil fuel prices don’t reflect their social costs) and uses market forces — not bureaucrats — to restore the climate to health. Climate change is a public health issue.

The next three weeks are critical regarding climate action in Congress, and so our senators, who have done little about climate change, need to support carbon pricing now. Floridians need to call and write, telling them to do so. Senator Scott: (202) 224-5274. Senator Rubio: (202) 224-3041. Email them through their websites.

The “right” of certain people not to get vaccinated against COVID is now affecting those that are vaccinated. It is going to get worse and it is possible the virus could mutate and create a new variant that the vaccine does not protect us vaccinated people from. The selfish anti-vaxers are now the problem. It sickens me that they are given such power over the health of so many of us trying to protect ourselves from such a hideous virus. In addition, the medical cost of caring for these mostly misguided MAGA supporters is soaring. The vast majority of us over 65 are vaccinated. We need the right to impose vaccine passports now at our clubs, restaurants, theaters and other activities that deem it appropriate! Shame on DeSantis for yet again making Florida #1 in COVID and putting so many vaccinated seniors at risk for breakthrough COVID.

Andy Marlette’s cartoons are spot on. He is right to criticize the unvaxed and of course DeSantis. They have combined to make Florida the most dangerous state in the nation.

Similarities between Trump and Nixon

Decades later, Woodward and Bernstein said that Nixon was much worse than what they thought at the time. Trump is much like Nixon — both flouted conventional rules — both divided the world into loyalists and enemies — both courted the white working class. They both shunned ideology and sought adulation and power. Both scorned intellectuals. Nixon openly admired Trump and set a precedent for Trump: deny, lie, threaten.

Trump employed the strategy for the Russian tampering issue. Nixon fired a succession of prosecutors who were investigating him; Leon Jaworski finished the job. Investigation of Trump required a special prosecutor. His AG recused himself for the problem with Russian interference that would likely be a reason for Trump’s impeachment.

Barry Goldwater told Richard Nixon that he would be convicted and Nixon resigned. Donald Trump has been impeached twice (only president that has been) but his Republican loyalists refused to convict him — they also don’t want a commission to investigate the insurrection that Trump incited at the U.S. Capitol unless they get to pick their own people (two of which are staunch Trump supporters big time). So when Nancy Pelosi rejected the two, Kevin McCarthy said that the deal was off. What kind of unbiased investigation is that? That’s like choosing a jury that favors the defendant from the outset!

The recent Republican-turned-Democrat, whose letter appeared Sunday, must be getting his info from Nancy Pelosi. It would at least account for his opinions being stated as facts.

For example, he says it’s mostly Republicans who have not been vaccinated because their leaders “told them over and over there was no reason to do so.” Such nonsense stated as fact, makes one question why such a letter would be published — unless for comic relief.

Actually, Trump was among the first to be vaccinated and was quite public about it. Our governor was also vaccinated and encouraged others, but cautioned people to use their own good judgment.

The writer, believe it or not, goes on to say, “Now people dying are almost all Republicans.” (How would anyone know this?) He also implies Republican leaders are not really interested in the country but only in their party doing well. Outrageous!

However, I do agree with the writer’s big conclusion: He belongs in the Democrat Party. He already talks the talk.