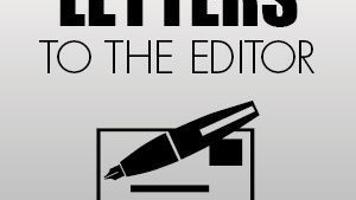 The horrible, noxious, foul smell in the winter air was of course the recent impeachment witch hunt which followed three years of relentless attacks and phony witch hunt investigations from the corrupt Trump-hating Democrats.

In the latest vindictive witch hunt hoax, vicious House Democrats unloaded 17 witnesses, 20,000 pages of copy and nearly 200 hours of videos filled with wild allegations, hearsay, rumors, innuendos and outright boldfaced lies against the president. Yet, amidst these baseless charges, exactly where were the president’s constitutional rights or “due process?” A big fat zero, or nothing was even permitted. Wow.

Not even one White House council cross examination or White House council witness was heard from. If a giant spaceship had landed on Capitol Hill and unloaded 232 little 3-foot-high green men and women martians, surely these martians would have had far more respect for the constitution and rule of law than the current 232 House Democrats. This process was so completely corrupt that when Republican Ted Cruz tried to ask Chief Justice John Roberts an honest, legitimate question about the Obama administration’s involvement with current Democrats in undermining the Trump presidency, Roberts refused to read the question.

You have run out of free articles. You can support our newsroom by joining at our lowest rate!

Thanks for being a subscriber.

Enjoy more articles by signing up or logging in. No credit card required.

However, in once again another double standard, all Democrats, including Nancy Pelosi, Adam Schiff, Jerry Nadler, and Charles Schumer, and others were perfectly free to tell multiple outright lies about the president. None of these lies were ever corrected by the corrupt 100 percent complicit liberal media.

Looking forward to being with my great friends in India: Donald Trump

LETTER: No one spoke of Trump’s character during impeachment trial | Letters