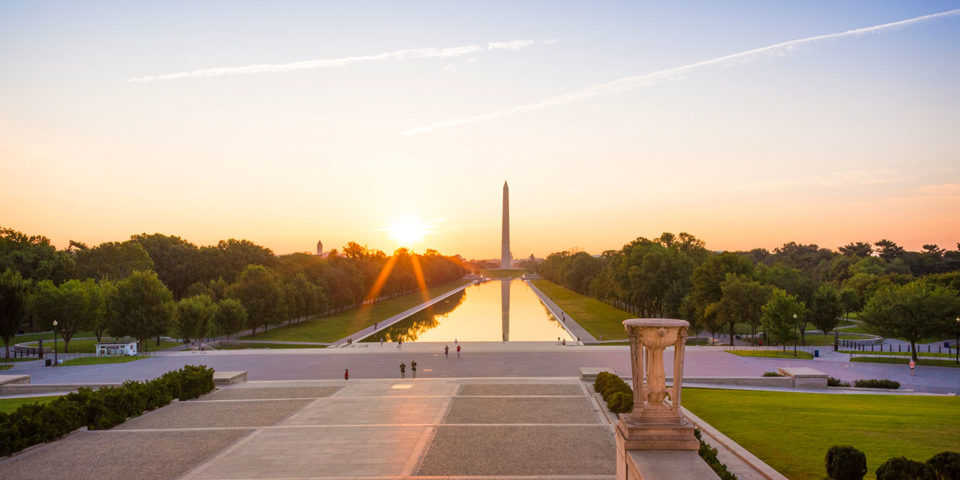 Oliver Wiseman discussed his move from London to Washington, D.C., his travels in America, British politics, and more with Charles F. McElwee, assistant editor of City Journal. Wiseman is the U.S. editor of The Critic, a new British current affairs magazine. He was previously based in London, where he edited the news and opinion website CapX. He is a regular contributor to a number of publications, including City Journal.

Last summer, you moved from London to Washington, D.C. How would you describe living in the nation’s capital city during this period?

As someone who spends a lot of time explaining America to Brits and Britain to Americans, I feel like last summer was a long time ago. The pandemic, of course, has thrown everything off course. Even before we all had to shelter in place and swot up on epidemiology, the sheer pace of events on both sides of the Atlantic was breathtaking.

When I left London, Britain was still a member of the European Union, Theresa May was prime minister, the Conservatives were a minority in the House of Commons, and Jeremy Corbyn—a serious threat to British prosperity and national security—was the leader of the Labour Party. Today, all that has changed; Britain’s politics are in a much healthier place.

Over here, the Democratic primary and the impeachment of President Trump gave U.S. politics in the second half of 2019 a frenetic quality. Earlier this year, it reached a new level. One moment, Trump was claiming exoneration in his impeachment trial, the economy was humming along, and Democrats appeared likely to nominate a socialist. The next, Trump faced a once-in-a-century pandemic, a sharp economic downturn, and a more formidable and, I think, oddly underrated opponent in the presidential race. The speed of it all was incredible.

What’s your takeaway from your travels in America for The Critic?

That the more you know, the more you realize you don’t know. America is just so big, so complicated, sometimes awe-inspiring, sometimes maddening, and never boring. If that’s a cliché, it’s a cliché for a reason. There’s a tendency for the rest of the world—and perhaps Brits more so than anyone else—to project their political fantasies and nightmares onto the U.S. But the more time you spend here, especially on the road, the more you understand just how one-dimensional are the stories that people—including Americans—tell themselves about this country.

In particular, there’s a tendency to see everything through the lens of America’s hyper-partisan politics. Of course, that deep division exists, but it often obscures as much as it reveals. Getting out of Washington is always a good reminder of that.

In 2016, a popular theory held that the Brexit referendum foreshadowed Trump’s victory. What can Americans learn from British politics during this period?

They were both electoral earthquakes. We hear similar stories about “left behind” parts of Britain and America voting to upset the apple cart. Trumpism and the Brexit project have ideological parallels, too. And there’s been a dispiriting tendency among political elites in London and Washington to refuse to accept either outcome. In the end, the only way out of the Brexit quagmire was to accept and give effect to the referendum’s outcome—and to take seriously its underlying causes. Some American politicians are interested in doing that; others, no.

But the further we get from 2016, the weaker the link becomes. Contrary to what most people in Washington think, Boris Johnson is not the British Trump. It’s a big failing of British soft power in the U.S. to allow this idea to persist that Brexit and Trump are forever intertwined. I’m constantly grumbling about the glibness with which so many commentators bundle “illiberal” leaders together.

What is an overlooked trend in the United Kingdom?

Shamelessly, I’m going to plug my most recent City Journal piece, “Brave New Britain,” which explores the under-appreciated emergence of a new British foreign policy. Big decisions—the Huawei U-turn and the offer of a path to full British citizenship for millions of Hong Kongers—make headlines, but too few people are connecting the dots. Global Britain, an idea central to the 2016 referendum, is starting to emerge. It’s not quite what the voters were promised, but it’s fascinating—and exciting—to see the U.K. reimagining its place in the world.

I’m halfway through John Dos Passos’s USA trilogy. After that: Invisible Man, by Ralph Ellison. Then: The Enigma of Arrival, by V.S. Naipaul.

City Journal is a publication of the Manhattan Institute for Policy Research (MI), a leading free-market think tank. Are you interested in supporting the magazine? As a 501(c)(3) nonprofit, donations in support of MI and City Journal are fully tax-deductible as provided by law (EIN #13-2912529). SUPPORT

John Roberts: Inside his surprising streak of liberal wins

Could President Trump really have asked an ambassador to steer business to one of his golf resorts? Of course