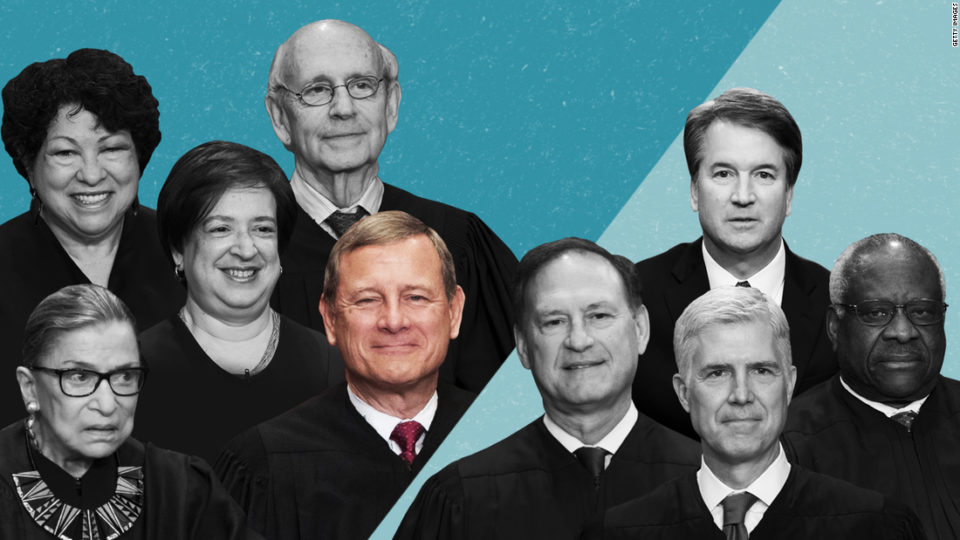 In a series of striking moves on immigration, LGBTQ rights and abortion, Roberts has established himself as one of the most influential figures in America today as he as sided with the court’s liberal bloc.

His decision Monday to invalidate a Louisiana regulation on physicians who perform abortions affirms a 2016 ruling — that he protested at the time — and continues to preserve a woman’s decades-old constitutional right to end a pregnancy.

Although he did not join the four liberals’ legal reasoning, likely stirring more anti-abortion litigation in the states, Roberts’ move marked the first time he had ever voted to strike down an abortion regulation.

These recent actions reflect his broader choice, in the tumultuous time of coronavirus and racial strife under the presidency of Donald Trump this election year, to put the institutional integrity of the Supreme Court over personal ideology.

Roberts, whose Washington career traces to the Reagan administration in the 1980s, has always held conservative instincts and social values. In very rare instances has he broken from those moorings.

Overall, he has produced conservative rulings, including to curtail the reach of the Voting Rights Act, making it harder to prevent arguably discriminatory election procedures before they took effect. He joined the bare five-justice majorities that produced the 2010 Citizens United decision lifting limits on corporate and union money in elections and the 2008 decision declaring an individual Second Amendment right to bear arms.

For years the one exception to his pattern on the right wing was his 2012 decision to uphold the Affordable Care Act, commonly known as Obamacare, famously regarding the health care law’s individual insurance requirement a tax.

After that vote, Roberts faced right-wing wrath for joining the court’s liberals to uphold the law. Last week several Republican members of Congress blasted him for blocking the Trump plan to phase out the DACA program shielding nearly 700,000 immigrants brought to the US as children.

On Monday, the White House swiftly entered the fray, declaring that “unelected Justices have intruded on the sovereign prerogatives of State governments by imposing their own policy preference in favor of abortion to override legitimate abortion safety regulations.”

Roberts’ decision, however, offered the Trump administration and anti-abortion forces some consolation as he advanced a legal standard that would weaken the rationale of the 2016 precedent and enhance the ability of states to defend regulations in the future.

Previously tried to avoid the spotlight

When Roberts presided over the Trump impeachment trial in the Senate earlier this year, he rebuffed Democratic efforts to allow witnesses and other evidence for a more substantive hearing. He tried to avoid the limelight of that trial and national controversy.

Now overseeing the final weeks of the high court’s annual session, Roberts’ pattern demonstrates that the strategic jurist has seriously recalibrated in the era of Trump, a president who gave the court two new justices and appeared to cement a 5-4 conservative-liberal lock for years to come.

Roberts’ recent moves on issues of great cultural relevance are distinct and of varying legal significance. In the LGBTQ case, for example, Trump appointee Justice Neil Gorsuch cast the decisive fifth vote in the dispute over interpretation of Title VII of the 1964 Civil Rights Act. The immigration decision was similarly grounded in a statutory, not constitutional, reasoning and can be reversed or altered in time by the Trump administration — or a Joe Biden administration.

Yet, taken as a whole, the new moves reveal a chief justice trying to steady the bench and willing to seize national leadership as America struggles with imperatives related to coronavirus crisis and racial inequalities.

In the past, Roberts has offered broad statements about the judiciary’s place in America and his perch in the judicial hierarchy. “You wonder if you’re going to be John Marshall or you’re going to be Roger Taney,” he once said, referring, respectively, to the great chief justice known as the forefather of judicial review and to the chief who wrote the Dred Scott decision that said slaves were not citizens. “The answer is, of course, you are certainly not going to be John Marshall. But you want to avoid the danger of being Roger Taney.”

Rulings are often on procedure and precedent

Roberts’ opinions joining with the court’s liberals over the past two weeks lacked such lofty language as his comments on Marshall and Taney. (He did not even write a separate opinion in the LGBTQ case.)

Still, in Monday’s abortion case, the man who is known for holding his cards close to the vest put his current priority on the table.

Past rulings matter, even if he was not part of those rulings. Adherence to precedence is important for stability in the law, perhaps, he might have been thinking, especially at such unstable times.

Roberts emphasized that the Louisiana law, requiring doctors who perform abortions to have “admitting privileges” at a nearby hospital, was identical to a credentialing requirement in a Texas statute invalidated by the court’s 2016 ruling in the case of Whole Woman’s Health v. Hellerstedt.

That echoed Roberts’ sentiment in the dispute over young undocumented immigrants.

“We do not decide whether DACA or its rescission are sound policies. The wisdom of those decisions is none of our concern. We address only whether the agency complied with the procedural requirement that it provide a reasoned explanation for its action.” He found that administration had not.

After that ruling, Republican Sen. Tom Cotton of Arkansas declared, “John Roberts again postures as a Solomon who will save our institutions from political controversy and accountability.” He added: “If the Chief Justice believes his political judgment is so exquisite, I invite him to resign, travel to Iowa, and get elected. I suspect voters will find his strange views no more compelling than do the principled justices on the Court.”

Yet Roberts, has not undergone a liberal transformation. On Monday, as he voted against the Louisiana abortion restriction, he also took the lead, over liberal justices’ dissents, to curtail the independence of a watchdog agency set up to protect consumers against unfair and deceptive practices. The country is likely to see other 5-4 splits, with Roberts and conservatives prevailing, before the annual session ends in upcoming days.

Early in his career as a government lawyer, Roberts had argued in favor of abortion regulations and cast doubt on the validity of abortion-rights landmarks.

But Monday was not about Roberts’ past, but, as he touted precedent, the Supreme Court’s past.

The Trailer: The one thing that matters in Republican primaries

From pandering to Putin to abusing allies and ignoring his own advisers,...