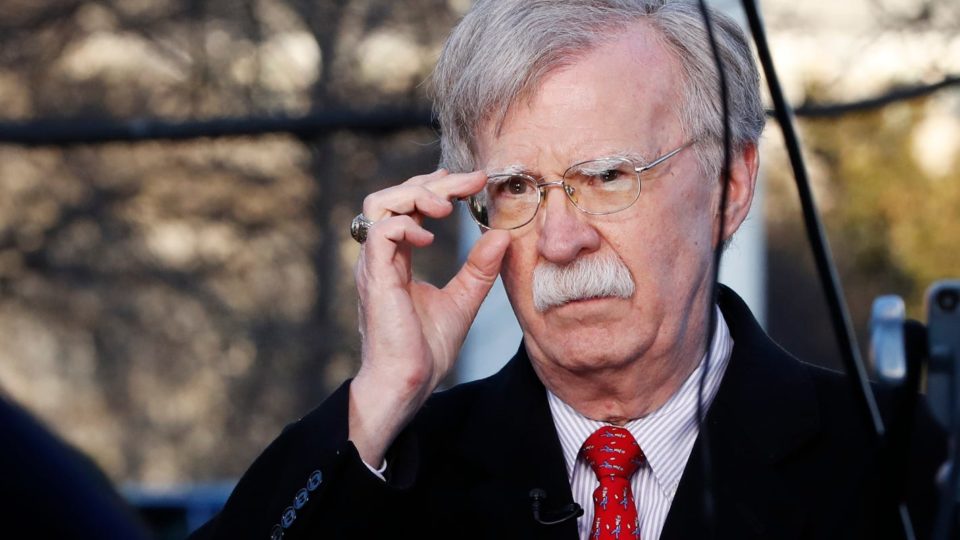 John Bolton’s book about his time in the Trump White House again delayed, this time to June 23

Former national security adviser John Bolton’s book, “What Happened In the Room,” has been pushed back again, this time from May 12 to June 23.

A link has been sent to your friend’s email address.

A link has been posted to your Facebook feed.

NEW YORK — John Bolton’s book has again been delayed, according to listings on Amazon.com and Barnes & Noble, both of which say “What Happened In the Room” has been pushed back from May 12 to June 23. The new date also appears on publisher Simon & Schuster’s web site.

Bolton’s book about his time as national security adviser was originally scheduled to come out in March, but was postponed to May, pending a government security review. Meanwhile, “The Room Where It Happened” has apparently grown longer. It was originally listed as 528 pages, but is now 576 pages, according to the retailer and publisher web sites.

Interest in the book, and its anticipated criticism of President Donald Trump’s actions on Ukraine, peaked during the Senate impeachment trial earlier this year when it reached the top 20 on Amazon’s bestseller list. On Wednesday night, it ranked #11,971.

Bombshell book: What we know about John Bolton’s allegations about Trump and Ukraine

Bolton reportedly describes an August conversation, a month before he left the White House on acrimonious terms, when Trump told him that he wanted to withhold hundreds of millions of dollars in security aid from Ukraine until it helped him with investigations into political rival Joe Biden. Allegations that Trump pressured Ukraine led to his being impeached last December by the House of Representatives. In February, the Senate acquitted him.

The Associated Press reported in November that Bolton’s book deal was worth $2 million.