Joe Biden, the president who will seek to reconcile Americans and heal open wounds in the Trump era, takes office - ImpeachBeat.com 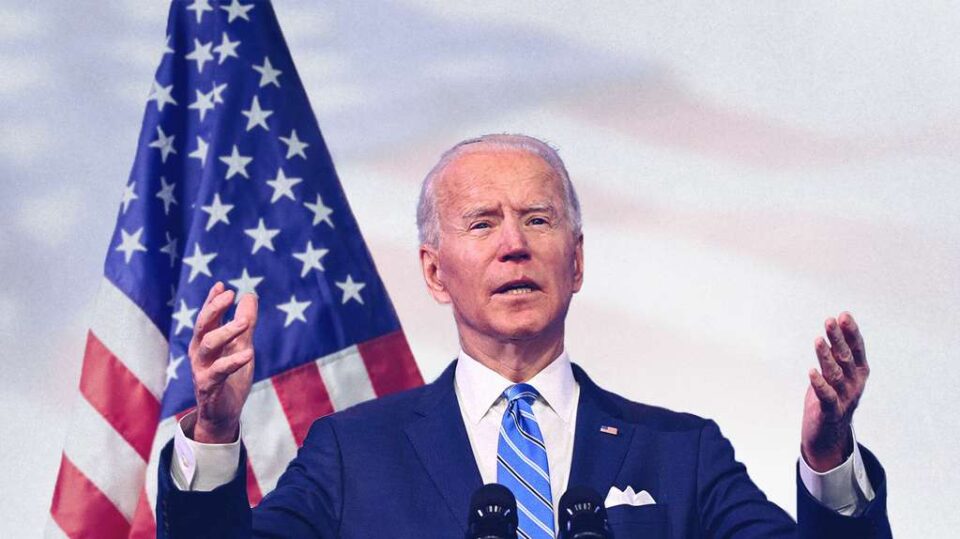 “I will be a president who seeks to unify, not divide,” declared the Democrat Joe Biden in his first speech after winning the elections. But the events of the following weeks, with the denial of Donald Trump to recognize the defeat, the assault on the Capitol by his followers and the second political trial against the Republican, make this Wednesday’s inauguration an event totally atypical and of its promise, a colossal challenge.

At 78, Joe Biden, the 46th President of the United States, will be the oldest. But this is not the only “record” that breaks. In his third bid for the presidency, Biden was also the candidate. most voted of US history, with more than 74 million votes. However, due to the coronavirus pandemic and the fear of violent protests, this career politician will take office this Tuesday at noon (at 2:00 p.m. in Argentina) in an unusual ceremony, with reduced attendance, and in a city ​​armored by more than 20,000 soldiers.

// Within hours of Joe Biden’s inauguration, Washington is armored and the FBI controls the security forces

As is customary, the transfer of command will be attended by all living former presidents and their spouses to give an image of unity, with the exception of the Carters due to their advanced age. There will be Barack and Michelle Obama, Bill and Hillary Clinton, and George W. and Laura Bush. But the act will have an absence of weight: Donald Trump. The president, who faces a second impeachment trial for “inciting insurrection” on Capitol Hill, decided to fly early in the morning to his Mar-a-Lago club in Florida, his “place in the world.” He is the first outgoing president not to attend the investiture of his successor in more than 150 years, since Andrew Johnson skipped the inauguration of Ulysses S. Grant in 1869.

For many, this is another democratic tradition that Trump broke, another sign of the deep crack across the United States. However, more than an outrage, the tycoon’s absence was experienced with relief by Biden. Obama’s vice said it was “one of the few things” in which both agreed. Vice President Mike Pence is expected to be present.

Before assuming office, Joe Biden will attend a Mass at St. Matthew’s Cathedral with Republican and Democratic leaders in Congress to convey a message of unity amid the severe polarization affecting the country.

The investiture ceremony will begin at 1:00 p.m. Argentine time. Singer Lady Gaga he will sing the national anthem and poet Amanda Gorman will read verses specially composed for this occasion. Then they’ll sing the pop star Jennifer Lopez and country singer Garth Brooks, after which Silvester Beaman, pastor of the African Methodist Episcopal Church, will impart a blessing.

This will be followed by the historic oath of Kamala Harris as vice president, the first woman to hold that position in the US. When the bells ring 12 o’clock in Washington DC, Chief Justice John Roberts will take the constitutional oath that Biden will pronounce with his hand on an 1893 edition of the Bible, held by his wife. Jill.

The event will take place on the west side of the Capitol, facing the House of Representatives and the Senate and looking towards the National Mall and the George Washington Monument.

// Elections in the United States: Kamala Harris made history and became the first vice president of the country

But this year on the National Mall there won’t be thousands of people that will wave flags, or huge screens. The iconic esplanade will be closed due to security concerns and to prevent the spread of the coronavirus. From the surroundings of Biden and the mayor of Washington, Muriel Bowser, they asked people not to come to Washington, but to watch the event on TV.

“Biden’s oath will be like no other in modern times. There will not be a huge crowd of supporters celebrating on the National Mall, but rather a large display of security in view of the threats from right-wing extremists. Many fear for what could happen, and there were even those who wanted Biden to swear inside the Capitol in a safer place, “he told TN.com.ar political scientist Bruce Miroff of the University of Albany.

The American capital is a city unrecognizable, with more than 20,000 armed soldiers in the streets, fences and even barbed wire. “The capitol seems on a war footing. There are troops camping there for the first time since the Civil War. Violence was anticipated throughout the country. In fact, it is a dangerous moment for our democracy, ”he told TN.com.ar Richard Waterman, Professor of Political Science at the University of Kentucky.

“The air is unusually tense due to widespread threats of more violence. President Trump’s false claim that his elections were stolen mobilized the most extreme and dangerous elements of his base. The assault on the Capitol showed what they are capable of, ”Miroff said.

// Joe Biden, the calm after the Trump storm

After swearing, Biden will give his first speech as president. He is expected to call again on Americans to unite and tackle the COVID-19 pandemic. It is also expected to take a radical turn in the country’s politics with the return of the US on the international scene, moving away from the “America First” of the Trump era.

In dialogue with this medium, Karen Hunt, an expert political scientist in the Presidency of Virginia Tech University, stated that “uniting Americans is perhaps the greatest challenge facing Biden within the US “. “There are marked divisions between political parties both in government and in the public,” he said. However, he believes that “there is the possibility of some cooperation” from Republicans and that the attack on the Capitol highlighted “the need for concrete government action to respond to deep concerns about employment, health care, education, among other matters ”.

So did Waterman: “It will be difficult for President Biden to unite the country. Hatred and suspicion are too much tall to overcome them in a short time. The best that can be hoped for is that he reaches out to moderate Republicans and begins the nation’s healing process. Meanwhile, the Republican Party is on the verge of major internal divisions that can lead to a breakdown.

“Biden may not get many Republicans in Congress to support his initial legislative agenda. But that agenda will focus on fighting the pandemic and reviving the US economy, two goals that unite the vast majority of US citizens, “Miroff said.

In addition to the pandemic and the economic crisis it generated, the inequality and systemic racism they will be a central concern of the Biden administration, Hunt said. The 46th US president made clear his intention to constitute the “most diverse cabinet” in the history of the White House. “The cabinet nominations show the intention of the new administration to form a government that is racially and ethnically diverse and also in terms of sexuality and gender.”

“The general revulsion that followed george floyd crime this summer, along with the killing of other African Americans by the police, may suggest broad public support for explicitly addressing the systemic racism that permeates existing economic, social and governmental activities, ”he stated.

Regarding the return of the United States to the international scene, “the greatest challenge facing the Biden administration internationally is reestablish the country as a capable and trustworthy actorHunt said.

Democrat plans to sign dozens of executive orders to show a clear break with the Trump administration, and among the first measures is the return to the Paris Agreement on climate change or the return to the World Health Organization, which the Republican abandoned in the midst of the pandemic.

“An American President has more authority in international affairs than in internal affairs. Biden may change the basic direction of US foreign policy, returning to the central themes of the Obama presidency. Little of what Trump did here is likely to last long, ”Miroff said.

However, the sombra de Donald Trump he will continue to plan over the first days of his tenure. “It is possible that the impeachment of President Trump in the Senate will eclipse Biden’s first days in office,” the political scientist considered.

“Trump will not disappear. America will remain obsessed with himBoth his impeachment and his likely indictment by state courts will overshadow Biden’s presidency, ”said Waterman.

Disclaimer: This article is generated from the feed and not edited by our team.