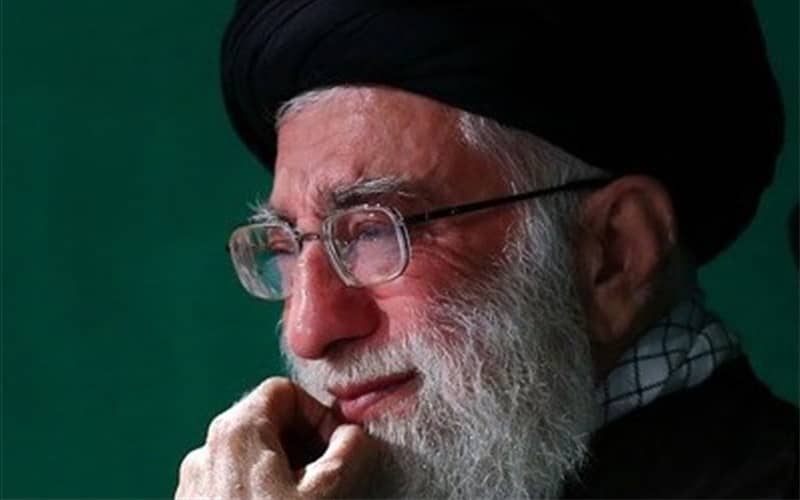 Members of the Iranian Parliament (Majlis) affiliated to the supreme leader Ali Khamenei, frequently call for President Hassan Rouhani‘s impeachment. However, they are unable to answer the demands of their constituencies. It seems that when they are exposed to the anger and hatred of the Iranian people, they have no choice but to address the rival and attack each other. They pursue to change the direction of the compass needle against each other.

In reality, in the entire system of this clerical rule, which hauls the name of a ‘republic’ with itself, there is no place for a president or parliament and its representatives, while all of them are just playing the role of puppets for Khamenei.

Even if all of these MP pass a law, but it is not in favor of the supreme leader, that law would be quashed by the Guardian Council very easily. Questioning and interpellation have a meaning in governments that adhere to democratic processes and constitutes their constitutions.

Elections or Appointments? The Blade of Censorship Also Falls on Rouhani’s Neck

Pointing to and highlighting this reality does not mean that we want to deny the conflict and power struggles in this administration. Ironically, this struggle stems from the totalitarian nature of this regime, who are all trying to get a further piece of the cake of the wealth and resources of this country which belongs to the people.

This meaning was stated with the phrase ‘power recapture movement’ in one of the state-run outlets. “Criticism and opposition to the Twelfth Government and the President himself is a coin these days, but with different genders. The recapture of power movement approach is separate from the demands of the people from the government,” Ebtekar daily wrote on October 21.

Both factions of power, both the so-called reformists and the hardliners, have shown in the past that they have the same mind in suppressing the people and confronting the youth who are just demanding their rights.

But when it comes to Khamenei, the game changes, and any change in the structure of the government and the impeachment of the president is unacceptable.

As the Kayhan daily, affiliated with the Supreme Leader, on October 20 wrote: “The headless government is the name of a project that the United States and its allies have prepared with the aim of creating tension and creating insecurity and instability for the three countries of Iran, Lebanon, and Iraq, and which they have been implementing for several months. The main part of this project [read conspiracy plan] is to remove the head of state in the target country.”

Also, other media outlets repeated the same words in their pieces. “They think that if they make a hole for the government, they will provide a height for themselves, while they are wrong. In the current situation, the legislature and the executive each have the concept of the system in public opinion, and if each of them becomes inefficient and weak, and their credibility is damaged, the system as a whole will be damaged. Therefore, those who try to overthrow the government are wrong, and the holes they make for the government will harm the whole system,” wrote Arman daily on October 21.

Khamenei, who is well aware that his system is very shaky in the current situation, pushed Ahmad Amirabadi Farahani, a member of the parliament’s presidium to say his words. “The truth is that if we start the impeachment of the President in the parliament now, the process will take about two months and we will reach the tenth month of the year, after that the first vice president will become the head of state for three months and then we will reach the Eid holiday. And a little later, the term of the government ends and if it has a result, it would be done. Therefore, we in the parliament have come to the conclusion that interpellation should not be carried out,” Kayhan quoted Farahani as saying on October 20.

As election day nears, what final dirty tricks could Trump turn to? | US elections 2020

The pandemic has Americans eager to vote. Canadians not so much – Toronto.com

‘Too early to tell’ if motion to impeach Supreme Court judge Mr...

Giving thanks for a miserable year