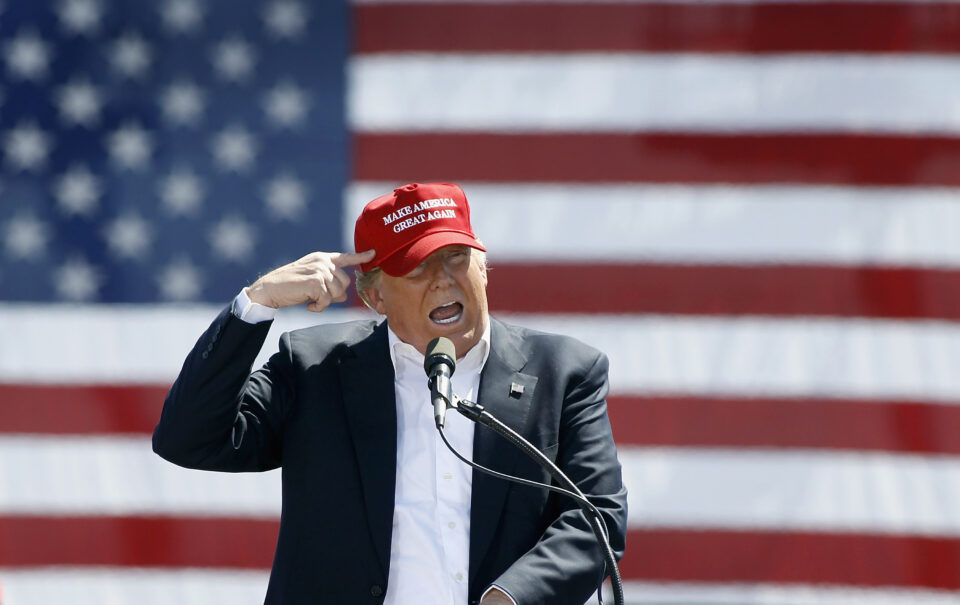 News about the outcome of the recall election in California combined with the latest revelations about the chaotic final days of the Trump administration got me to wondering: So, Republicans, you’re still okay with Donald Trump leading your party?

Among so many other disturbing views, Elder said there should be no minimum wage, Medicare should be abolished, climate change is a hoax, sexism doesn’t exist, Dreamers don’t deserve citizenship, birthright citizenship should be outlawed and Black people exaggerate the effects of racism. (This, from a Black man who once claimed to have been racially profiled dozens of times.)

And just for good measure, the day before the recall election, Elder’s campaign claimed it had evidence the vote count was rigged to favor Newsom, even though no election results had been released yet.

Sound familiar? Trump and millions of his followers across the country are still spreading the “big lie” that the 2020 election was rigged against him.

Of course you want him leading your party. Why? Because Trump personifies what your party has become.

Republicans, if that’s not enough to sour you to Trump, how about the fact that we were reminded again this week just how far America’s only ever twice-impeached president was willing to go to overthrow our democracy.

In published excerpts from a new book, “Peril,” by Washington Post journalists Bob Woodward and Robert Costa, the authors report that the Joint Chiefs Chairman Gen. Mark Milley was so afraid Trump might launch a nuclear attack against China (as a way for the president to stay in power) that he convened a meeting of his military brass to warn them.

“You never know what a president’s trigger point is,” Milley reportedly told the country’s senior military leaders during a secret confab in the Pentagon just two days after thousands of Trump loyalists waged a violent assault January 6 on the U.S. Capitol that aimed to prevent Congress from certifying Trump’s electoral loss.

Milley was so worried about Trump’s mental instability he even called his counterpart in China to personally assure him that if the president decided to launch an attack that he would call China’s top military leader before it happened.

GET THE MORNING HEADLINES DELIVERED TO YOUR INBOX

So, Republicans, you still want this man leading your party?

Speaking of the assault on the Capitol, let’s not forget that it was Trump who rallied his supporters that day to block Congress from officially certifying the presidential election results to allow for the peaceful transition of power from Trump to then President-elect Joe Biden.

Hours later, and only after the rioters had ransacked the building and threatened to kill members of Congress and former Vice President Mike Pence, Trump finally posted a video and told the insurrectionists, “We love you.”

So far, more than 640 of the attackers who joined in Trump’s failed coup attempt have been charged with a slew of crimes as a result of the siege that left one police officer dead and more than 140 others injured. One of the violent insurrectionists was also shot and killed by a Capitol Police officer as she attempted to climb through a broken window.

On Saturday, even as Trump continues to insist the November election was stolen from him, hundreds of protesters are expected to flock to the U.S. Capitol and demand an end to the jailing and prosecution of the January 6 insurrectionists because they consider them patriots, not traitors.

So, Republicans, you still want this guy leading your party?

And as if all of that wasn’t enough: Today, more than 660,000 Americans, including nearly 20,000 Arizonans, are dead from COVID-19 — that’s 220 times the number of people killed on 9/11 — and most of them would likely still be alive if not for the gross negligence of Trump and the countless sycophants he’s convinced not to trust in the science of medicine, or government, or even common sense.

Republicans, you still want this guy leading your party?

Of course you want him leading your party. Why? Because Trump personifies what your party has become.

In 2016, when the GOP selected Trump as its standard bearer, it chose a win-at-any-cost mentality over the principles of free and fair elections.

It chose the accession of power over pluralism.

It chose lies over truth.

fact vs. fiction in the FX miniseries about Bill Clinton and Monica Lewinsky.