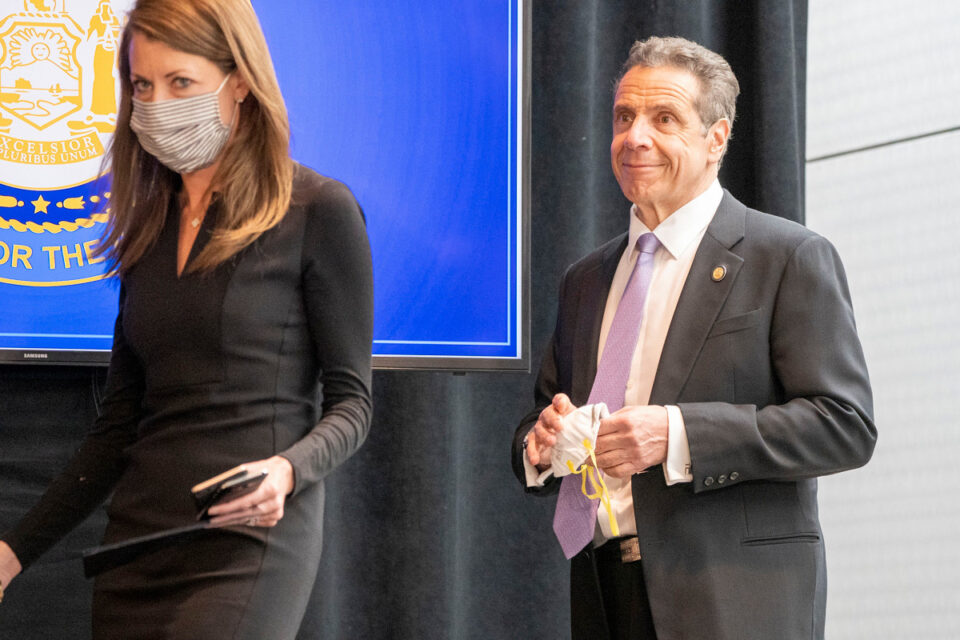 The allegation that Gov. Andrew Cuomo had top aides help him prepare his best-selling memoir will be added to the impeachment investigation that’s underway against him, the lawmaker in charge said Thursday.

The state Assembly’s Judiciary Committee will “look into” the latest Cuomo scandal, but its “primary focus remains the investigation into issues related to sexual harassment, the nursing homes and bridge safety,” Chairman Charles Lavine (D-Long Island).

They also followed a demand by Mayor Bill de Blasio that federal and state authorities investigate the report that Cuomo aides Melissa DeRosa and Stephanie Benton assisted in the preparation of his manuscript for “American Crisis: Leadership Lessons from the Covid-19 Pandemic.”

A Cuomo spokesman denied any wrongdoing involving the governor’s book, which Crown Publishing Group stopped promoting last month due to the federal investigation into his administration’s handling of nursing homes and other long-term care facilities amid the COVID-19 pandemic.

“As is permissible and consistent with ethical requirements, people who volunteered on this project did so on their own time,” spokesman Rich Azzopardi said.