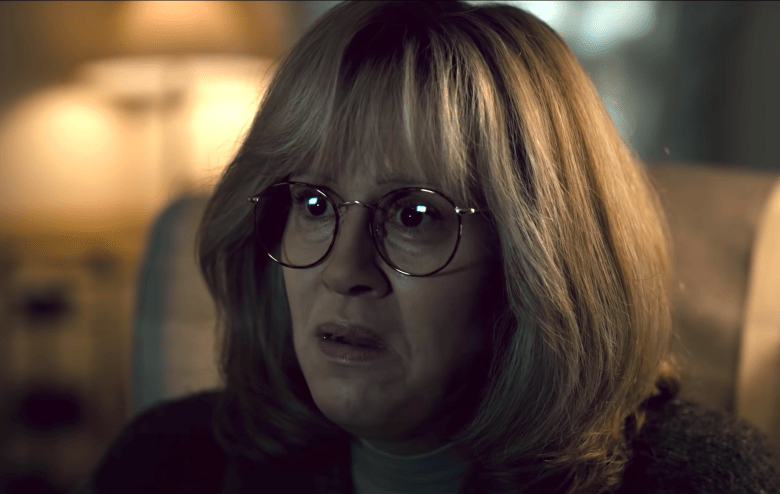 Impeachment: American Crime Story is back with a brand new episode this week after a not so stellar previous episode. The season has finally reached its midpoint with this episode and it has been a mixed bag so far. There has been stellar material so far, but heavily accompanied by lacking content. If the show wants to end on a high note, now is the time to pick up the proverbial pace.

In this episode, titled “Do You Hear What I Hear?”, Monica (Beanie Feldstein) prepares to leave D.C. for good. She starts growing concern, as she feels that there is someone out there that is sharing news about her affair with the President. Meanwhile, Linda (Sarah Paulson) is meeting with the FBI. Last week’s episode was a bit of a let down considering its premise, but it served its role. It was meant to build upon the story so that the climax can arrive with full effect. Thankfully, this episode manages to deliver when it comes to the drama it has been promising.

This episode of Impeachment: American Crime Story has been the most entertaining so far for various reasons. First, all of the characters are finally interweaving when it comes to the story. The puzzle is coming together, although Hillary is still disappointingly missing in action. Secondly, the drama is picking up in the best of ways. The betrayal of Linda towards Monica and the involvement of the FBI only make for the stakes to grow exponentially. It works really well and makes the viewer more engaged in their moments together. Lastly, the pacing has improved drastically. Yes, it is still a slow burn in many ways, but its the kind of burn you don’t want to end.

The improvement from the last of episode of Impeachment: American Crime Story was incredible. The season was looking down for the count and all of the sudden it has re-surged in the best of ways. It has brought back what made the first episodes so compelling and built upon it in great fashion. Like always, the episode featured some great performances from the Feldstein/Paulson power duo, as well as some great side characters. The foundation has been placed and upon it is a series that is seemingly going above it in great manner.

Evaluating the first half of Impeachment: American Crime Story is rough. The biggest issue of it so far has been that it has, quite frankly, been all over the place. Even in this episode, which is pretty great, we start off in a setting that has no coherence to the rest of the episode and its importance doesn’t seem to be shown. Yes, it may come back later, but the fact has been that these moments have gone with the wind because they serve no purpose.

Character building? Not really, as it doesn’t do much in that department. This main issue is really what’s holding the series back just a bit. This episode seems to aim the rest of the season on the right track in terms of its storytelling direction, another area in which the season was lacking. Only time will tell if these issues are addressed but for now, it’s been an average at best first half of the season.

Overall, the fifth episode of Impeachment: American Crime Story was a fantastic improvement on what was a really lackluster previous episode. The series is finally going beyond the foundation that was set and delivering to its audience what they came to see. The drama and stakes are finally where they needed to be a while ago, let’s just see if the show can keep up the pace or fail to reach the finish line properly.– Kenneth Colon

Did you enjoy this review? If so, consider visiting our YouTube channel, where we discuss the latest and greatest in pop culture news.

Anabolic steroids for the treatment of weight loss in hiv-infected individuals, taking steroids while hiv-positive