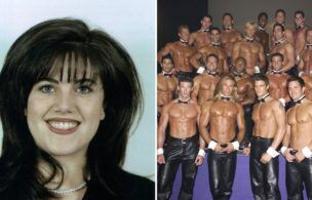 Our Kind of People (Fox)

In the sudsy Lee Daniels drama Our Kind of People, set in a Martha’s Vineyard enclave that’s become a real-life playground for the Black elite, Yaya DaCosta (Chicago Med) plays a new arrival who threatens the old guard.

Margaret Qualley (The Leftovers) stars in Maid, inspired by Stephanie Land’s bestselling memoir recounting her fight for survival below the poverty line as a single mom working for a cleaning service. Qualley’s own mother, Andie MacDowell, costars.

Curse of the Chippendales (Discovery+)

And muscles, music, and murder plots take center stage in Curse of the Chippendales, a juicy four-part documentary series that strips away the veneer of the iconic men’s dance troupe to expose how the nightclub event of the ’80s wound up hiding something far darker behind the scenes.

Trump will not be reinstated as president in August