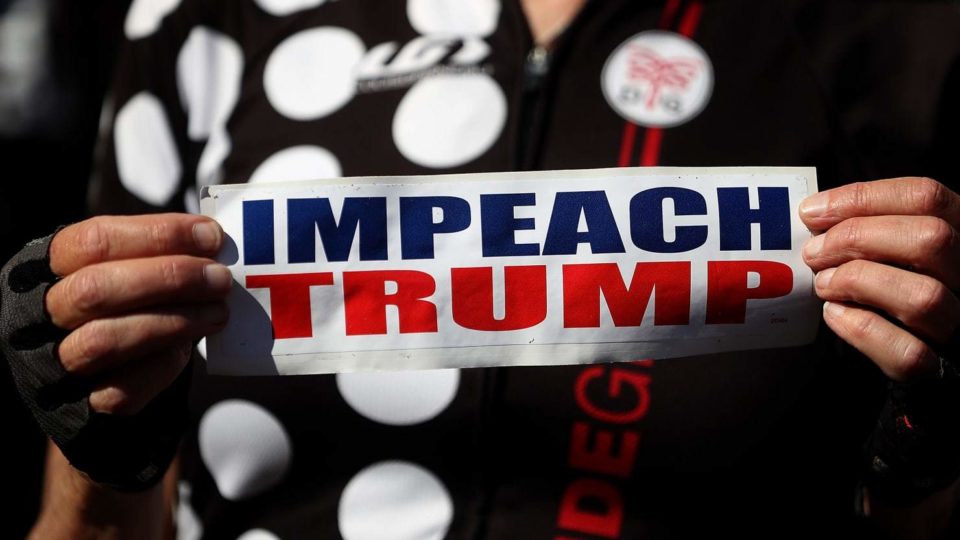 Let the historical record show that Senator Pat Roberts and Senator Jerry Moran voted with the Republican majority and against the Constitution in a sham impeachment trial with no witnesses. Let the record also show that the writer of these lines is a citizen of the United States, a resident of Kansas, and a registered voter.

“I continue to be disappointed at the attacks on President Trump that are for pure political theater,” Roberts wrote to me in an email. Then this: “Although many complain this is a political process, there is no foregone conclusion to this trial.”

It was February 3, 2020, two days before the Senate acquitted President Donald Trump of any wrongdoing and handed him a blank check to keep doing it.

That the Senate would vote to acquit President Trump was never in doubt. The 51 Republican Senators who voted not to allow witnesses knew that a trial without due process is a travesty of justice. What’s worse, these lawmakers did it at a time when we have a president who believes and behaves as though he is above the law.

Having devoted much of my professional life to writing and lecturing on politics and government—on the rule of law, responsible citizenship, and accountability in a democracy—I felt compelled to write to Senators Roberts and Moran before the impeachment vote in the Senate.

Writing to one’s elected representatives is a right. In this case, it felt like a duty.

My message to the two Kansas senators expressed a deep sense of betrayal.  Why in the world would any elected representative vote against allowing witnesses? Kansas is better than that. The people of Kansas are better than that. Shame on you, I wrote.

Soon thereafter I received the reply from Senator Pat Roberts. It was disingenuous, to be sure, but it paled in comparison with Senator Jerry Moran’s exculpatory reply:

When I signed the oath book at the beginning of this trial, I vowed to deliver impartial justice according to the Constitution and the law . . . . It became clear over the course of the House managers’ arguments that the House failed to undertake its responsibility to collect supporting evidence. . . [and] additional evidence or witnesses would not change the material underlying facts that describe the president’s actions. Therefore, I voted to not permit additional witnesses and to continue with the impeachment trial.

The word “outrageous” comes to mind: Senator Moran voted against witnesses in the Senate trial knowing full well that President Trump (a.k.a., the person on trial) had ordered witnesses to defy House subpoenas.  To stonewall Congress.  One of the articles of impeachment was “obstruction of Congress”.

Last summer, the news media reported that Trump told a crowd of young conservatives, “Then I have an Article II, where I have the right to do whatever I want as president.” It was a false claim at the time—Article II explicitly grants Congress the power to remove a president via “impeachment for, and conviction of, treason, bribery, or other high crimes and misdemeanors.” Is it still? Or has the U.S. Senate handed an impulsive president unlimited power to do whatever he wants?

In the words Paul Savoy, a former prosecutor in the Manhattan district attorney’s office:

This is how autocracy comes to America: not with a declaration of martial law and tanks in the street, but by a roll-call vote in the Senate whipped by the leader of the Senate in violation of the Constitution.

McConnell made it crystal clear that there would be no impartial trial, telling Sean Hannity on Fox News, he  intended nothing less than “total coordination with the White House counsel. There will be no difference between the president’s position and our position . . . .

Today, Donald Trump’s bold and defiant assertion of unlimited presidential power appears prophetic, quite possibly the most alarming prophecy by a sitting president in American history. We can only hope Paul Savoy’s words are not similarly prophetic:

If on the day the Senate returns its verdict, history records the failure to convict the president following a trial without witnesses, that will be the day the rule of law dies in America. The courts will remain open for business. Congress will be in session. Citizens will still be able to vote. And a free press will continue to launch withering attacks on President Trump. But the American people will no longer be living in a constitutional democracy.

No witnesses? All of Kansas witnessed what happened. The whole nation saw it. And the rest of the world, too.

If you liked this article, please donate $5 to keep NationofChange online through November.