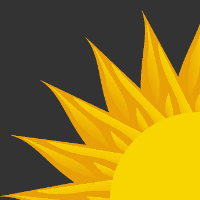 Journey with me, kind reader, to an alternate universe known as The Devin Nunes Podcast.

Just don’t forget your spacesuit. Where we’re going, the air doesn’t contain much oxygen. And the normal laws of physics (or truth) don’t apply.

Since it’s been 10 years since Nunes held a local public forum — and he lashes out when asked about it by one of those “dirty rats” in the media — one must venture into his realm to hear the Tulare Republican talk in more than soundbites and radio segments. Submerge yourself in his worldview, no matter how tenuously connected to reality.

As a service to myself and readers who are among Nunes’ constituents, I spent 5 1/2hours watching and listening to Nunes pontificate on issues and interview guests on his podcast.

“Welcome to the Devin Nunes Podcast,” said the friendly voice-over, backed by bland guitars and drums. “Breaking through the political noise. Separating fact from fiction. From the San Joaquin Valley, breadbasket of the solar system, here’s your host, Devin Nunes.”

Yes, solar system. I did warn you to bring your spacesuit.

During his latest episode, it takes Nunes less than a minute to utter the words “Russia hoax.” Over the next 24, the phrase is repeated more than a dozen times.

Not only did President Donald Trump not conspire with Russia or any foreign adversary, Nunes tells us, but any news organization that reported otherwise is essentially a paid pawn of the Democratic Party. It’s a narrative that conveniently ignores Trump’s impeachment by the House of Representatives for abuse of power and obstruction of Congress.

“The media was in on it, high-level reporters across nearly the entire structure,” Nunes said at one point. “There was probably, my guess, between 20 and 100 reporters that knew about this … .

“John” is John Solomon, a longtime Washington, D.C., journalist. Turns out Nunes doesn’t hate all reporters and pundits. Just the ones who hold him accountable.

Not being familiar with Solomon, I did a quick Google search — also against Nunes’ advice — and found out he is known for speculative columns that helped shape the conservative narrative about Joe Biden’s business dealings in Ukraine. Solomon is also the person referred to in multiple texts between Rudy Giuliani associate Lev Parnas and Nunes aide Derek Harvey.

Those texts, contained in documents released in January by House Democrats, indicate Nunes was waist deep in Giuliani’s scheme to dig up dirt on Trump’s political opponents.

Not that Nunes or Solomon mentioned that imbroglio during their conversation. Kind of like during the impeachment hearings when Nunes failed to mention his association with Parnas.

“The media in this country is dead,” Nunes said. “Extreme liberals working for extreme publications.”

Along with berating the media, warning about socialism is one of Nunes’ favorite talking points.

Where is the threat especially dire? Fresno, Calif., of course.

“I never thought (Fresno) would move toward a socialist takeover like it has been,” Nunes said during a podcast with City Councilmember Garry Bredefeld.

Not sure where Nunes gets his information. But it must’ve been surprising news to Lee Brand and Jerry Dyer, the city’s current and future Republican mayors.

Don’t worry, though. The illogical leaps from astounding heights didn’t stop there.

Nunes and Bredefeld recorded their conversation at a Campus Pointe restaurant. On the patio, of course, because of the “draconian rules” enacted by California Gov. Gavin Newsom to prevent the spread of COVID-19.

In reference to state code enforcers assigned with issuing tickets to violators, Nunes groused, “These strike forces are reminiscent of Nazi Gestapo.”

Curiously, Nunes doesn’t mention the closest thing we have to a secret police: Those camouflage-wearing federal law enforcement officers snatching up people in Portland, Ore., in unmarked cars without probable cause.

As you might expect, Nunes is full of praise for Trump’s handling of the pandemic and full of scorn for Democrats, whom he accused of creating the Black Lives Matter movement.

“I never thought in all of my time in politics that you would have the Democratic party create this arm called BLM, and I say that with actual proof the money from ActBlue flows to all the Democratic candidates,” Nunes said.

On a different podcast, Nunes blamed antifa for setting the July 11 fire that caused extensive damage to Mission San Gabriel, even though the local fire chief’s press release stated a preliminary investigation showed no signs of arson.

No word if Nunes has “actual proof” to back that accusation, or whether he was shooting from the lip.

Unless you and he are politically aligned, most of Nunes’ podcasts are a chore to get through. (After the one with Bredefeld, I took a brisk walk to clear my head.) But when the topic is something other than politics, they can be surprisingly interesting and informative.

On one, I learned about how American universities have become targets for Chinese espionage efforts. On another, I learned the U.S. Navy during World War II lost more ships, planes and seamen to a typhoon than to any battle after Pearl Harbor.

Which shows me there’s more to Nunes than the guy who weaves nutty conspiracies, files frivolous lawsuits and rakes in campaign contributions by the bushel.

Provided you can stomach his alternate universe.

Marek Warszawski is a columnist for The Fresno (Calif.) Bee.

Trump update live: Latest 2020 US election news as president’s renomination vote to be held in private