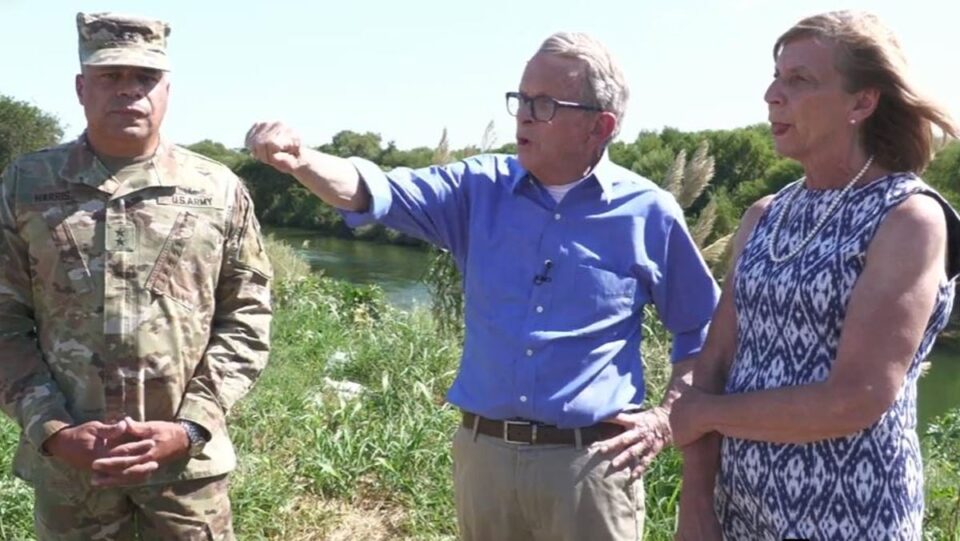 Remember those times from the distant past – say, around nine months ago – when some ventured the opinion that Republicans might shy away from Donald Trump following the insurrection at the U.S. Capitol?

The crash-and-burn of those forecasts was underscored during the past week by fund-raising pleas tied directly to Trump from those in the heart of the Grand Old Party.

For a mere $5, the Republican National Committee offered donors a chance to become part of the Trump Advisory Board.

“We are in a fight for the very future of our nation, and members of the Trump Advisory Board will be critical to determining the outcome,” the RNC said in its solicitation.

If that carrot doesn’t work, the national GOP tried the stick, too.

“We have a question for you: Are you with us or against us? … We haven’t heard from you in a while, so we need to know if you’re a Trump supporter or if you have abandoned your President.

“If you don’t submit a response in the NEXT HOUR, we’ll assume you no longer support President Donald J. Trump.”

Florida Sen. Marco Rubio, not usually put in the die-hard Trump camp, led his money-seeking missive Tuesday with this:

Even some state GOP organizations are getting in on this. The Republican Party of Iowa offered contributors of $10 more more a chance to have their picture taken with Trump during his Saturday visit to the state fairgrounds.

Pleas for cash came the same day by the GOP political arms of the U.S. Senate and House.

“We’re going to rush a list of every patriot who steps up between now and the end of the hour so we can show President Trump who has his back,” said the National Republican Congressional Committee, which promised a “500% match.”

The National Republican Senatorial Committee, which linked to a short video from the former president, said, “We asked our team to pull the names of President Trump’s BEST supporters, and you’ll never believe it, but YOUR NAME was at the TOP of that list. … To join, all you have to do is contribute ANY AMOUNT in the NEXT 30 MINUTES, and your Official Trump Majority Membership will instantly be activated.”

However, it’s not just the Republicans who are using Trump to pump donations. The leadership PAC of Democratic Massachusetts Congressman Seth Moulton is raising the specter of how “Trump’s handpicked candidate just entered the race to defeat Sen. Raphael Warnock (D) and flip the Senate for Republicans!” Contributions would be split between the freshman Georgia senator and Moulton.

Ohio Gov. Mike DeWine at the Mexican border: Justified, or a political game?

Officially, Ohio Gov. Mike DeWine traveled to the border Tuesday and Wednesday to visit members of the Ohio National Guard sent to Texas nearly a year ago. The Buckeye troops don’t actually patrol the border, but perform vehicle maintenance and other duties not directly a part of law enforcement to free the overwhelmed U.S. Customs and Border Protection personnel to do their jobs.

DeWine also sent 14 State Highway Patrol troopers to Texas after a  request from both Arizona Gov. Doug Ducey and Texas Gov. Greg Abbott, and is directing more Guard members there later this year. One justification by DeWine for the support is to help stem the flow of deadly fentanyl from China through Mexico to Ohio.

Ohio Democrats ripped the trip that included 10 GOP governors – nine of whom are up for re-election next year – as political opportunism. The Republican Governor’s Association underscored the political aspect as well, touting how the GOP leaders “met for a briefing with those on the front line of Joe Biden’s border crisis,” and included a video of Abbott appearing with Fox’s Sean Hannity.

Fran and I are in Texas right now with Maj. Gen. John Harris visiting the @OHNationalGuard members who’ve been assisting U.S. Customs and Border Protection along the southern border for nearly a year. They’ve been making a real difference here, and we appreciate their dedication. pic.twitter.com/HRRdkNKwut

Does this DeWine observation support building the border wall – or oppose it?

During his visit to the Mexican border, DeWine stood along the Rio Grande River in Texas and pointed to the nearby wall touted by Trump for years as a necessity for national security.

During a Facebook video with First Lady Fran DeWine and Major General John C. Harris Jr., commander of the Ohio National Guard, the governor noted driving along the fence.

“We were told by the men and women of the National Guard that have been down here that someone can scale that fence, if they know what they’re doing … in about eight seconds,” DeWine said as Harris nodded.

Think of all the heated debate and money spent to delay people from crossing the U.S. border by a mere eight seconds.

A little more than a week ago, Jason Koma, Mount Carmel Health System’s regional director of government affairs and regional development, offered Ohio lawmakers “a private tour of any of Mount Carmel’s intensive care units to witness firsthand both the devastation from this disease and the dedication our team has in caring for COVID-19 patients.”

Legislators are considering several rollbacks of restrictions related to vaccinations and masks.

So how many legislators took up the invitation?

“Mount Carmel has offered tours of our hospitals to serve as a resource for elected officials for many years. At this time, these tours will remain private in order to protect the privacy of our patients and colleagues,” said spokeswoman Samantha Irons.

When The Dispatch pointed out that it was merely seeking a single number, not anything that would impact the privacy of patients or medical workers, Irons replied, “We’re simply not releasing any additional information on these tours.”

Grades for Ohio’s redistricting maps are in, and some aren’t pretty

The nonpartisan evaluations of all the maps proposed so far for Ohio’s new legislative and congressional districts are in from the Princeton Gerrymandering Project:

Barnes’ fundraiser a who’s who of radicals – Empower Wisconsin