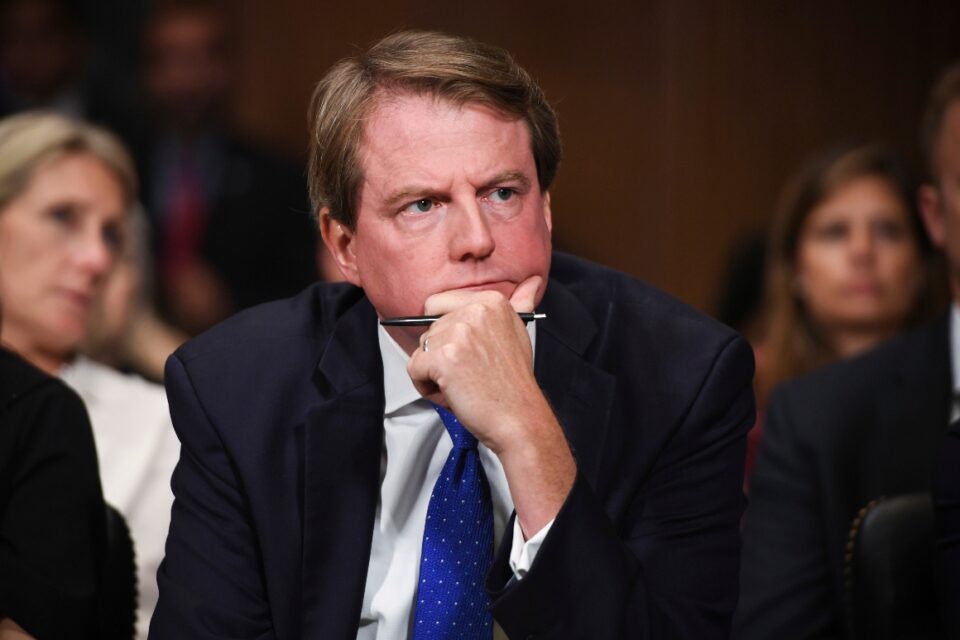 Despite the lack of clarity on the deal, one House Judiciary Committee member suggested on Twitter it would involve McGahn’s answering lawmakers’ questions.

A spokesperson for Trump, Jason Miller, said the former president was reviewing his legal options.

“This case presents important questions concerning confidentiality of communications between the President and his closest advisors and the ability of a House committee to pry into those communications,” Miller said in a statement. “President Trump has not agreed to the accommodation arranged in principle by the Biden Administration with the House Judiciary Committee and is evaluating his options for fully protecting the privilege that continues to cover his communications with his closest advisors.”

While Trump was in office and Trump appointees controlled the Justice Department, government lawyers resisted the subpoena — resulting in a protracted legal battle. The House ultimately voted to impeach Trump in December 2019 without the benefit of lawmakers questioning McGahn directly. The House’s articles of impeachment focused on Trump’s conduct related to Ukraine, not the Mueller investigation.

The Senate acquitted Trump in February 2020 with only one Republican, Mitt Romney of Utah, voting to remove Trump from office.

Despite the impeachment and its result, the House pressed on with its demand for McGahn’s testimony. A Supreme Court decision last July in a related battle over Trump’s tax returns and financial records preserved Congress’ right to use the courts to enforce subpoenas against the executive branch, but the justices created a murky test for when such subpoenas would be narrow enough to pass muster.

The D.C. Circuit was scheduled to take up the McGahn case during an en banc session next Wednesday, but that seems likely to be canceled in light of the deal between the House and the Justice Department.

Past accommodations in similar disputes between Congress and the White House have involved witnesses sitting for transcribed interviews rather than formal sworn depositions. While it’s not common for top White House officials to testify before Congress, it is not unprecedented, with at least two appearances by White House counsels during the Clinton administration.

A Justice Department spokesperson declined to comment. A spokesperson for the House and an attorney for McGahn did not immediately respond to messages seeking comment.

Kyle Cheney contributed to this report.