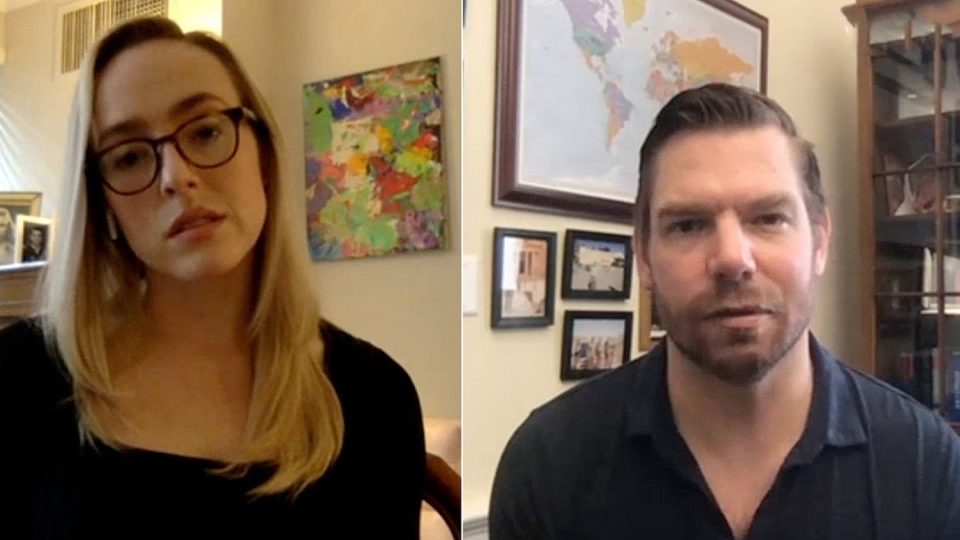 Want the best of VICE News straight to your inbox? Sign up here.

Both the Senate and the House of Representatives have met only a handful of times since the nation went into shelter-in-place mode to prevent the spread of the coronavirus. Once giddy with the prospect of oversight responsibilities, the Democrat majority in the House has done little to investigate the coronavirus response from the Trump administration — at least so far.

California congressman Eric Swalwell, who sits on the House Intelligence Committee, told VICE News that the powerful committee, which played a major role in the impeachment of President Trump, wants more answers and admits that Congress can’t get them right now.

“The intelligence committee is actually gearing up to do that oversight. We met in person last week on the Democratic side, and we have a plan to look at how prepared we were for a pandemic,” he told VICE News.

But without meeting regularly, Swalwell said, they’re “not able to fully hold this administration accountable.” He said that the committee staff is beginning work on the timeline of events but has left it to Chairman Adam Schiff to announce future witnesses.

But Swalwell, an active voice in the impeachment proceedings last fall, said this isn’t Round 2.

“We’re not out to impeach the president. We’re always going to do our oversight, and he’s impeached forever,” Swalwell said. “And I think this November, public health and competence at the White House is going to be on the ballot, and I’m confident this president will be a one-term president, because he didn’t take public health seriously, and he was wholly incompetent in governing during a crisis like this.”

Terry Lenzner, Sleuth With a Wide-Ranging Career, Dies at 80