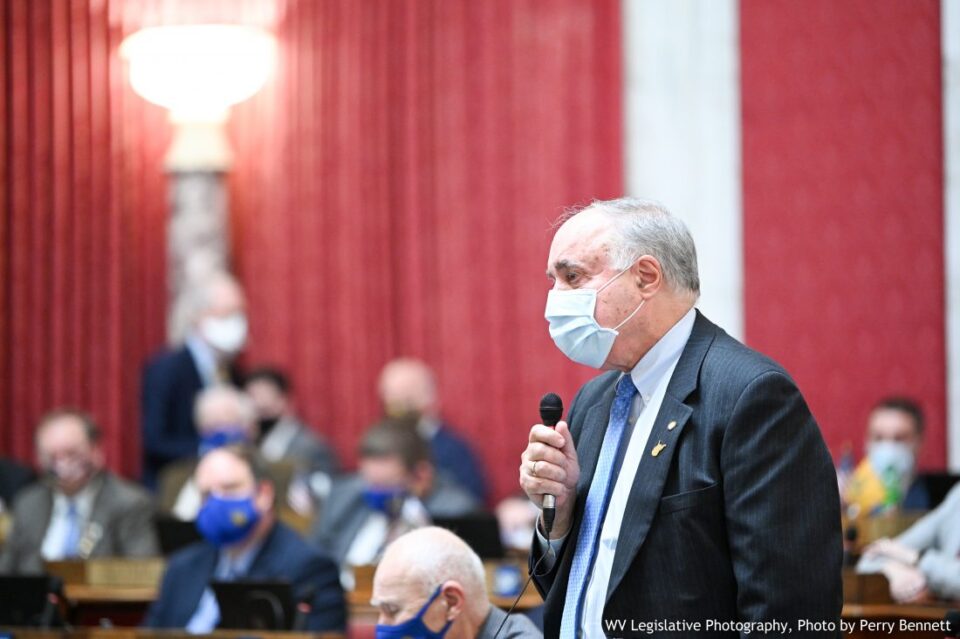 CHARLESTON — The Republicans in the West Virginia House of Delegates flexed their supermajority muscle, Tuesday, in passing a constitutional amendment that makes it clear the buck stops with the Legislature when it comes to impeachments.

House Joint Resolution 2, providing that courts have no authority or jurisdiction to intervene in or interfere with any impeachment proceedings of the House of Delegates or the Senate, was adopted 78-21.

Joint resolutions require a two-thirds vote by both the House and state Senate, which is 67 members in the House.

HJR 2 would amend the West Virginia Constitution to limit the Supreme Court and lower courts from interfering with internal actions of the Legislature during an impeachment proceeding. A 2018 ruling by an appointed group of circuit judges acting as the Supreme Court of Appeals halted the impeachment trial of former justice Margaret Workman.

The acting Supreme Court ruled the House overstepped its bounds by bringing articles of impeachment alleging that Workman, former justices Robin Davis and Allen Loughry, and current Justice Beth Walker violated the Code of Judicial Conduct. In a 3-2 decision, the high court said the House also violated the rules that body adopted for its impeachment investigation.

“This resolution clarifies even more unambiguously that no other branch of government has any jurisdiction to tell the legislative branch of government what it can and cannot do as it relates to impeachment,” said House Judiciary Committee Chairman Moore Capito, R-Kanawha.

Only Walker faced an impeachment trial in the state Senate, where she was acquitted. Loughry was convicted of multiple federal charges and was recently released from prison. Workman retired from the Supreme Court, declining to run for another 12-year term in 2020.

Del. Mark Zatezalo, R-Hancock, was one of the members of the House Judiciary Committee in 2018 and part of the Supreme Court impeachment investigation. He said the investigation was fair, and while the court has made substantial reforms since then, he said the constitutional amendment is still needed.

“That was an excruciating time for us, none of us liked it … the problem was there were people who had serious offenses against them,” Zatezalo said. “I think we need to take back our authority as far as this goes. And I hope it never, ever, ever happens again. I can tell you that.”

During the nearly hour-long debate, Democratic lawmakers raised numerous concerns about the resolution. Some said there needs to be some oversight by the courts to protect due process rights.

“If you’re going to impeach people, you got to do it by your rules,” said Del. Larry Rowe, D-Kanawha. “You’ve got to be fair. The people who are impeached have to know what the procedures are. They have to know whether they have to defend the entire Supreme Court or just themselves. I mean, these are very fundamental rights of due process. This is what our country is about.”

Others, such as Del. Barbara Fleischauer, D-Monongalia, raised constitutional questions about the resolution. Instead of clarifying the roles between the legislative and judicial branches, Fleischauer said it could interfere with the balance.

“What this would do would say that there’s no constitutional restraint whatsoever on impeachment … that the separation of powers is not relevant,” Fleischauer said. “I think that we all need to think about what this means for the future that any hyper partisan and frivolous impeachment would be A-OK.”

The resolution heads to the state Senate next, where it will need 23 members to adopt it. If approved, the voters would vote on the constitutional amendment during the 2022 general election.

(Adams can be contacted at sadams@newsandsentinel.com)