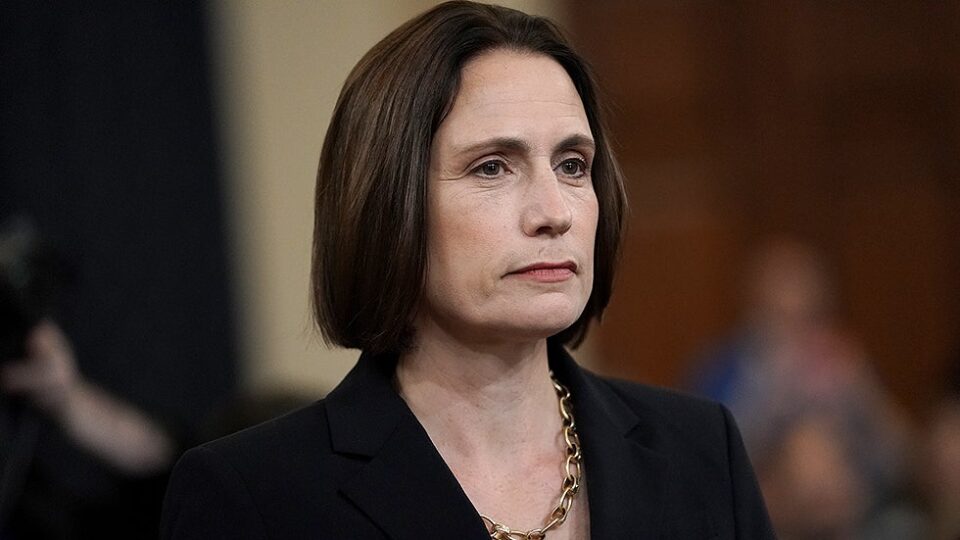 Fiona Hill, the former White House national security official who testified against former President TrumpDonald TrumpTrump defends indicted GOP congressman House to vote Thursday on holding Bannon in contempt Youngkin calls for investigation into Loudoun County School Board amid sexual assault allegations MORE during his first impeachment, says that the prospect of Trump running for election again in 2024 represents a threat to the country and the Constitution.

In an interview with The Hill, Hill accused her former boss of staging a “slow-moving coup” and said that if he were to win election again, his victory would be built “on the back of a big lie.”

“He could win again. And it will be — if he does, it will be on the back of a big lie and on an awful lot of efforts to suppress the vote and the turnout,” said Hill. “And, you know, I’m sure that any election or electoral count that doesn’t go his way is challenged.”

“Just one constitutional crisis after another,” she continued. “I mean, we’re in for a wild ride. We’re already in it. The slow-moving coup, you know, didn’t really culminate in Jan. 6. I just see this as an episode in one long continuum. It’s just a different kind of coup now because he’s technically out of office but, in his view, he’s not out of power.”

Hill, who served as senior director for European and Russian affairs on the National Security Council under Trump, says she doesn’t have regrets about her decision to go to work for the former president in 2017, beyond wishing she did her “homework” on the individuals who surrounded him.

She says she was driven to work in the White House because of Russia’s interference in the 2016 election.

“It was a return to public service. It wasn’t something I was seeking out, but I felt really strongly I needed to do something,” Hill said. “It’s like your house is on fire.”

“And look, it came at great personal cost,” she continued. “I didn’t do this lightly. And I have people who still don’t speak to me and still write me nasty grams about doing it. But I thought it was worth doing, and I still do.”

Fast forward 2 1/2 years, and Hill was among a cadre of current and former officials who testified against Trump in 2019, when House Democrats impeached him for the first time for asking Ukraine’s president to investigate the Biden family. Hill, already well-known in Washington for her Russia expertise, became a household name, her picture splashed on the front pages of major newspapers.

“There Is Nothing for You Here” delves in part into her time in the White House and more broadly explores her journey to Washington from her blue-collar upbringing in the United Kingdom.

Hill had a front-row seat to some of the more controversial episodes of the Trump presidency. That includes the Helsinki summit between Trump and Russian President Vladimir Putin

Vladimir Vladimirovich PutinFBI agents swarm Russian oligarch’s DC home Netanyahu told Putin he would be ‘back soon’ after election: report Russia records another daily record of deaths as COVID-19 continues surge MORE, during which she writes she considered faking a seizure.

Asked to reflect on the summit, Hill said she was struck by how Trump caught Putin trying to pull a “fast one” by trying to get an agreement to extend the New START treaty. Trump had been fixated on negotiating a new nuclear arms agreement with Russia, and Hill said his moment of attentiveness caught her pleasantly by surprise.

But, she said, “Trump always squandered everything like that through these displays of thin-skinned vulnerability, narcissism.”

Hillary Diane Rodham ClintonTrump defends indicted GOP congressman GOP lawmaker says he expects to be indicted over FBI investigation Why it’s time for conservatives to accept the 2020 election results and move on MORE and boost him.

“That whole idea of being shown up by Putin and fearing the answer to the question, it kind of provoked a meltdown. It was just shocking,” Hill said. “He humiliated himself and everyone else.”

Hill believes that Trump’s affinity for Putin and other “strongman leaders” comes from a desire to be like them — powerful, rich and famous.

“When he looks at Putin, he’s not looking for something from Putin, but he’s looking for kind of this reflection of himself,” she said.

Trump reacted angrily to Hill’s book, as he has to other authors of negative commentary on his presidency. He released a lengthy statement earlier this month declaring that Hill was “terrible at her job” and a “Deep State stiff with a nice accent.”

“Books are being written by people like her who had virtually no access to me, and who I didn’t even know,” Trump said. “They write it as if they’re experts on ‘Trump,’ but they know absolutely nothing about me. My function was to save our Country and Survive. Unfortunately, when you look at what is happening now with Afghanistan, the Border, inflation, etc., our Country is not being saved. It is in big trouble!”

Hill said it’s possible for the U.S. to heal the divides that Russia was able to exploit during the 2016 election, but she argued it would take time and require the country to move past the partisan politics in which elections play out like football games and Americans identify themselves foremost by their party affiliation.

Hill, who served on the National Intelligence Council under both former Presidents George W. Bush and Obama, described herself as particularly “disturbed” by the evolution of the Republican Party following Trump’s election.

“There is no continuity there. Trump is not a Republican, he’s just one of these one-off characters,” Hill added. “He’s not part of the party. He hijacked the party.”