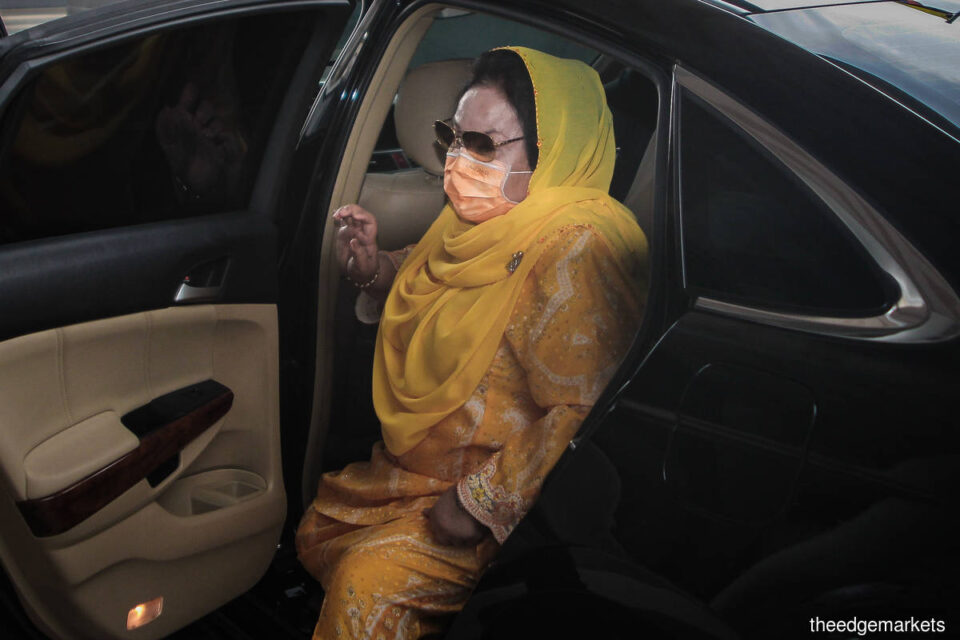 Rosmah, who turns 70 in December, had been ordered to enter her defence against three charges in relation to the solar hybrid project for 369 rural schools in Sarawak. (Photo by Zahid Izzani Mohd Said/The Edge)

KUALA LUMPUR (Oct 21): The High Court on Thursday (Oct 21) allowed the prosecution to commence impeachment proceedings against Datin Seri Rosmah Mansor, which will see them using her statement to the Malaysian Anti-Corruption Commission (MACC) about her money-laundering case to grill her over her testimony in the ongoing solar hybrid project graft trial.

Justice Mohamed Zaini Mazlan allowed the admission of Rosmah’s statement, recorded under Section 32 of the Anti-Money Laundering, Anti-Terrorism Financing and Proceeds of Unlawful Activities Act 2001 (AMLATFAPUAA), to be used as evidence to question her regarding her defence testimony.

“I am allowing this application under Section 145 and Section 155 (c) of the Evidence Act but the questions should not touch on the facts regarding the money-laundering charges [against Rosmah],” the judge ruled.

The court also allowed the prosecution’s application to question Rosmah’s character, following revelations from the money laundering charges that she received money from one Roslan Sohari.

“However, this court does not allow questions by the prosecution in relation to the money-laundering charges,” the judge added.

The prosecution led by senior Deputy Public Prosecutor Datuk Seri Gopal Sri Ram had made the application, with the defence led by Datuk Akberdin Abdul Kader and Datuk Jagjit Singh objecting as the court heard submissions on the matter.

Rosmah, who turns 70 in December, had been ordered to enter her defence against three charges in relation to the solar hybrid project for 369 rural schools in Sarawak.

She is also facing 17 counts of money laundering and tax evasion charges worth RM7.09 million, the trial of which has yet to commence.