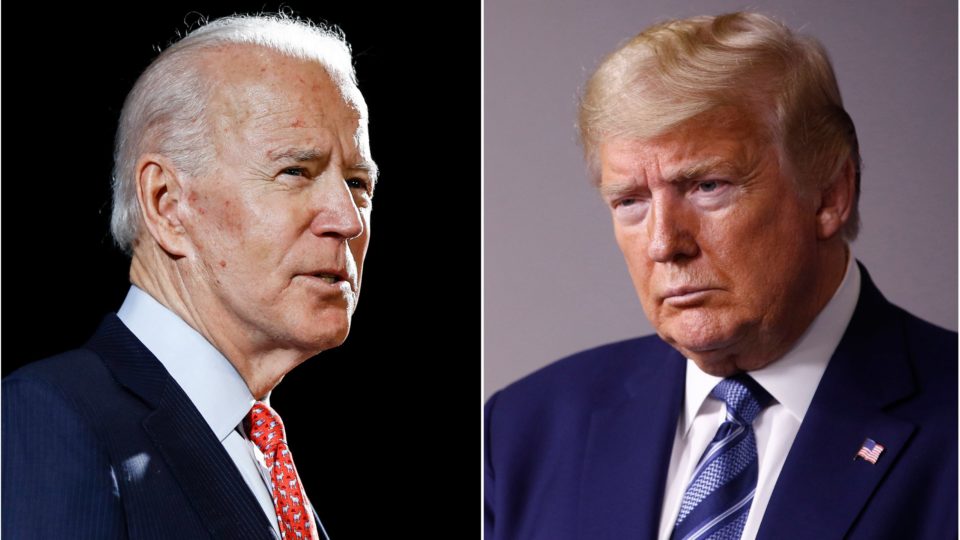 Civil rights experts point to long wait times to vote as a sign of growing voter suppression in the U.S. Here’s what to expect in the 2020 election.

WASHINGTON – For nearly two years, dozens of politicians non-politicians alike met with voters, held fundraisers and dedicated much of their lives in an attempt to be their party’s nominee.

Now, we’re 100 days out from the general election and two candidates remain.

Former Vice President Joe Biden, the presumptive Democratic nominee, and President Donald Trump will face off in November. In the past year, Biden competed with one of the largest and most diverse Democratic fields in history and overcame a slow start in the early voting states to eventually beat them all. Trump has had his reelection bid challenged by an impeachment trial and a global pandemic, while also seeing long-shot candidates try to convince Republicans that they are the better choice for the party.

Here are some of the top moments that got us to where we are now and what you have to look forward to:

In late 2019, Trump’s pending impeachment trial dominated news coverage, leaving pundits and voters both wondering whether it would hurt or help the president’s reelection efforts.

The House of Representatives approved two counts of impeachment against Trump on charges of abuse of power and obstruction of Congress in December. But he went on to be acquitted on the charges by the Senate in early January 2020.

In this image from video, President Pro Tempore of the Senate Sen. Chuck Grassley, R-Iowa., swears in Supreme Court Chief Justice John Roberts as the presiding officer for the impeachment trial of President Donald Trump in the Senate at the U.S. Capitol in Washington, Thursday, Jan. 16, 2020. (Senate Television via AP) (Photo: AP)

Amid the trial, Democrats were still campaigning for their presidential primary.

100 days: What can shake things up in the election home stretch? Here are 5 possibilities

Several candidates took aim at the president for blocking key White House officials from speaking to lawmakers ahead of the trim. And the scheduling of the trial just before the first-in-the nation Iowa caucuses caused issues for candidates Sens. Bernie Sanders, Elizabeth Warren and Amy Klobuchar, who were running for president and also were jurors in the impeachment trial. They sometimes spent their days in D.C. and headed out to campaign events elsewhere in the evenings.

But the trial showcased the Republican Party’s unity, as nearly all Republican senators continued to support the president and voted to acquit him of the charges. Trump frequently called the charges and the trial a “witch hunt” to keep him from being reelected.

The power and influence of voters of color

Seen by many as the backbone of the Democratic party, voters of color flexed their political muscle early on in the primary.

Former South Bend Mayor Pete Buttigieg started off strong in the early voting states, exceeding expectations in Iowa and New Hampshire. But throughout the primary season Buttigieg struggled to gain traction with Black and Latino voters. As the campaign headed to Nevada, which has a substantial Latino population, and South Carolina, with a large Black population, many pundits predicted that he would struggle.

The pundits were right.

Sen. Bernie Sanders won Nevada by a large margin, with Biden in a distant second, followed by Buttigeig. Sanders credited much of his win to his support from Latino voters.

In South Carolina, the fourth state to vote, Biden’s campaign was revived by a blowout victory. His win is attributed to the large support he received from Black voters. Shortly after Biden’s big win, several presidential contenders, including Buttigieg and Klobuchar, who also struggled with support from voters of color, dropped out.

Throughout the primary, voters of color solidified their role in making or breaking a presidential candidate’s campaign. Sanders continued to have a strong hold with Latino voters, which helped him win the state of California and other states in the West like Colorado. But Biden’s support among Black voters, along with other key voting blocs like older and suburban voters, helped catapult him to the nomination.

Following Sanders’ rise in the 2016 Democratic primary, this election brought an increased focus on the progressive wing of the party.

Sanders, who is an independent and identifies as a Democratic Socialist, created a following of mostly young voters who supported his signature Medicare For All platform, as well as his calls for free college education and his goals to combat climate change.

When he decided to run for president again in 2020, the discussion of whether the country and Democrats were ready for a more progressive candidate came to a head once more. Sanders, as well as Warren, both ran on progressive stances and were at one point switching off in leading the Democratic field ahead of the early voting states.

Biden, along with Buttigeig and Klobuchar, instead ran their campaigns in a way appealing to more moderate Democrats. The divide was most apparent during the primary debates, where large portions were dominated by the discussion of health care.

The divide became even more in focus once the field winnowed to just Sanders and Biden. The two candidates even had a chance to debate one-on-one once the field cleared out.

Up until Super Tuesday on March 3, Sanders was seen as the frontrunner, placing in the top two in several early voting states, and putting into question whether Americans really were more on board with a progressive candidate.

However, once Biden became the last moderate standing, he consolidated the support of moderates who left the race, and began to rack up primary wins. Sanders dropped out in early April.

Despite the debate between the two groups of Democrats during the primary, both Biden and Sanders have since worked together to create a platform that could appeal to both groups.

Many states are planning on drastically different elections this year and mail-in ballots could be a big game changer.

The campaign was totally upended by the rise of the coronavirus pandemic early in 2020. It’s been one of the largest points of contention between both Biden and Trump.

Trump in late January played down concerns over the virus. On Jan. 24, the president told reporters “we have it totally under control” and that it’s “going to be just fine.” But by Jan. 29, the White House created a coronavirus task force and announced they were blocking travel from China just one day after the task force was formed.

He declared a national emergency on March 13 and two days later recommended guidelines from the Centers for Disease Control, called “15 Days to Stop the Spread,’ which encouraged social distancing. During that time, many states implemented stay-at-home orders, with a thousands of businesses closing down or offering limited services. Unemployment among Americans reached record highs as many across the country lost their job.

President Trump defended his response to coronavirus, including his claims that COVID-19 will “disappear.”

Biden has been quick to contrast himself against the president, releasing his own plan on what should be done to combat the virus and help the economy. Since the pandemic, Trump’s approval rating and standing in polling against Biden has plummeted.

More than half of Americans disapprove of Trump’s job as president, in addition to his handling of the coronavirus pandemic,according to a survey from the Democracy Fund + UCLA Nationscape Project from mid-July. The coronavirus response and actions by both Trump and Biden are expected to dominate the final 100 days of the campaign.

George Floyd’s death and the protests against systemic racism

Floyd’s death sparked nationwide protests calling for justice, as well as shining a light on systemic racism. Trump has become a point of ire among protesters, with many criticizing the president’s response to Floyd’s death and the protests. Trump has repeatedly criticized protestors, especially after some protests devolved into violence. Trump also has denounced one of the key policies from protestors: defunding the police.

That has also become a point of criticism against Biden among young progressive and young Black voters. Protestors are calling on lawmakers to reallocate funding from police departments to community services. Biden has said he does not support defunding the police.

‘Past time’: Obama urges Biden to address racial bias in policing in video contrast with Trump

Biden has tried to highlight his relationship and history with Black voters. Biden met with Floyd’s family ahead of his funeral in Houston, where Floyd was originally from. Trump did not meet with the family, but briefly spoke on the phone with them. Since the height of the protests, Biden has also released plans to allocate funds to community programs and has released plans to help Black Americans and other people of color.

The movement has continued and has focused on getting justice for many Black men and women who have died in police custody or due to police involvement, such as Breonna Taylor and Elijah McClain. The movement has intersectional support from not just Black Americans, but white and other ethnic and racial groups. The questions raised by the movement, and the issues protestors are fighting for, are expected to be a key theme in the next 100 days.

And here’s what to expect in the next 100 days

Frankly, a lot could change in three months.

But there are traditionally key moments in the final 100 days of the presidential campaign that will impact voters’ views: Each party’s convention, the debates between the two presidential candidates and quite possibly an October Surprise.

This election is unique in that the country also is reeling from the pandemic and nationwide unrest after Floyd’s death.

The typical party conventions, which are flashy affairs that work to generate as much media coverage as possible for the candidates, will largely not be in person.

In addition, Biden’s vice presidential pick could shake up the race. Biden has committed to picking a woman as his running mate and has noted that he is considering four Black woman, but has not named who. Regardless of who he chooses, it will be a historical choice as only two women, Geraldine Ferraro in 1984 and Sarah Palin in 2008, have been chosen as a running mate for the two major parties.

Voters will also likely be faced with questions of how to vote safely, if the pandemic continues on without a vaccine. Although some states expanded absentee voting and vote by mail systems for the primary, it’s unclear what systems will be in place for the general election.

Trump’s missed opportunities: The top three blunders of the past year