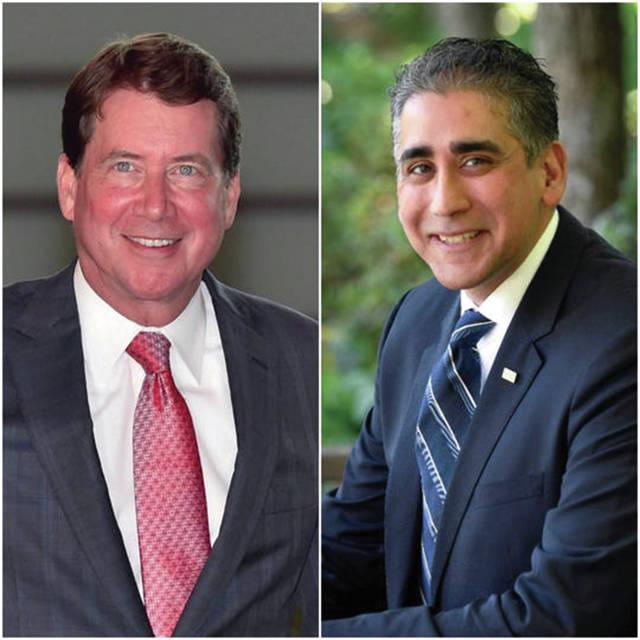 NASHVILLE — The race to succeed retiring U.S. Sen. Lamar Alexander in November will feature a matchup between a Republican candidate endorsed by President Donald Trump and a Black activist who pulled off an astonishing upset victory over the Democratic establishment’s choice — with a campaign war chest of less than $10,000.

“We didn’t raise a million dollars, but the dollars that we raised came from hard-working people in Tennessee and around this nation,” Bradshaw told The Associated Press in an interview. “Some of them are housekeepers, some of them push carts from WalMart, some of them are scientists. But they are people who want us to head on and deal with the issues.”

The 46-year-old community organizer from Memphis will have an uphill battle: Republicans have held both Senate seats in Tennessee since 1994, and Trump remains popular enough in the red state that Hagerty mentioned the president at every turn.

“I have a very special person to thank. I just got off the phone with him backstage. That’s President Donald Trump,” Hagerty said during a victory party Thursday, accompanied by Sens. Marsha Blackburn of Tennessee and Tom Cotton of Arkansas. “You know, President Trump has had my back since before the beginning of all this.”

Bradshaw, a single mother, has said she has been “one job away from middle class and one job-loss away from poverty.” She said she was once under-employed, riddled with student loan debt and without adequate health insurance. Then she experienced a foreclosure and bankruptcy.

With a platform that favors increasing the minimum wage to $15 per hour, adopting the Green New Deal, expanding Medicare and requiring universal background checks for gun purchases, she spent around $5,800 through March, the last time she reported any campaign finance activity, records show. Now she faces a candidate who spent $9.6 million through mid-July.

“The progressive movement is undeniable!” Bradshaw tweeted after her victory. “Thank you all so much for your support and this victory. It’s time to put hardworking people first. Onward.”

Hagerty, a 60-year-old Nashville businessman, emerged from a tough challenge from Sethi to clinch his party’s nomination.

Trump let Tennessee voters know he would back Hagerty for the seat, months before Hagerty declared himself a candidate. Sethi had already been running for about a month when Trump’s tweet turned the contest upside down.

Hagerty proceeded to ignore Sethi for most of the campaign, until back-and-forth attacks opened up a few weeks ago and never slowed down.

Hagerty leveraged Trump’s endorsement to brush back attacks on his previous business and political ties to Sen. Mitt Romney, the former GOP presidential nominee whom Hagerty now labels “weak-kneed” for voting to convict Trump during the president’s impeachment trial.

Bradshaw grew up in south Memphis and attended the University of Memphis. She has worked with community advocacy groups, environmental organizations and unions, including the Mid-South Peace and Justice Center, the AFL-CIO, the Sierra Club and Tennesseans for Fair Taxation. She has not held public office.

Hagerty, who last month resigned from the board of a brokerage firm because the company expressed support for the Black Lives Matter movement, now faces a Black activist in November.

Woodward talks interviewing Trump in the midst of impeachment [Video]