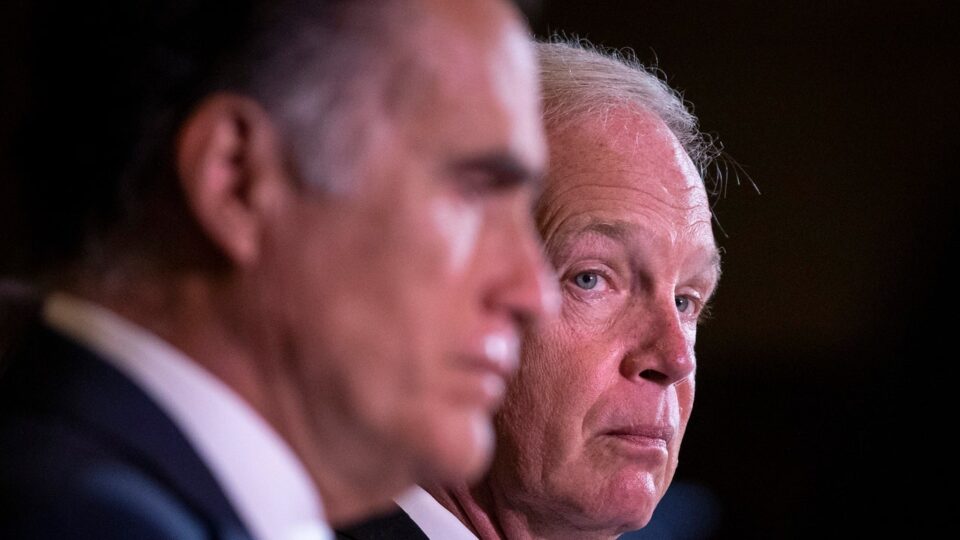 Just weeks out from election day, a Republican-led committee is set to escalate a partisan probe into the Obama administration—a brazen effort to damage Donald Trump’s Democratic opponent, Joe Biden. Senator Ron Johnson, one of the president’s allies, has been on a fishing expedition for an October surprise, probing the transition period between the Obama and Trump administrations and Hunter Biden’s work for the Ukranian energy company Burisma. Recently, the Wisconsin Republican has been frank about the purpose of his Senate Homeland Security and Governmental Affairs Committee inquiries: “I would think it would certainly help Donald Trump win reelection.”

Following a vote Wednesday morning, Johnson will expand his panel’s Crossfire Hurricane probe. The committee authorized dozens of subpoenas to be issued to Obama era officials, including Bruce Ohr and Andrew McCabe—two frequent Trump targets over their role in the Russia investigation that consumed the first two years of his presidency. But another vote, to issue subpoenas in the Burisma probe, was canceled after Mitt Romney slammed that inquiry as a “political exercise” aimed at taking down Biden.

“It’s not the legitimate role of government, for Congress or for taxpayer expense, to be used in an effort to damage political opponents,” Romney said. “I do believe it’s very important that the committees of Congress, and ours in particular, not fall into an increasing pattern that we’re seeing, which is using taxpayer dollars and the power of Congress to do political work. That’s the role of campaigns.”

Romney, the only Republican who voted to convict during Trump’s impeachment trial earlier this year, had previously expressed concerns that Johnson’s Burisma probe was being driven by partisan politics rather than oversight. On Wednesday, he said recent remarks by the committee leader “have only confirmed that perspective.” He was likely referring to comments Johnson made earlier this week during a video conference with Republicans, in which he promised to release a report that would hurt Biden politically. “Stay tuned,” the Wisconsin Republican said, as reported by the Milwaukee Journal-Sentinel. “In about a week we’re going to learn a whole lot more of Vice President Biden’s unfitness for office.”

Of course, there’s been no evidence that Biden did anything wrong in Ukraine, and Gary Peters, the top Democrat on the committee, has railed against Johnson for “knowingly advancing discredited claims that our own Intelligence Community has warned are part of a Russian attack on our democracy.” Nevertheless, Johnson has continued to promise a report by election day November 3.

With his sharp rebuke of the Burisma probe, Romney effectively got the vote to issue subpoenas in the Burisma probe scrapped. But the Utah Senator did vote in favor of dozens of subpoenas in the committee’s investigation into the origins of the FBI’s Russia inquiry, which the president and his allies have claimed was a “witch hunt” by deep state officials who sought to undermine Barack Obama’s successor. Michael Horowitz, the Justice Department’s inspector general, identified procedural missteps by federal law enforcement in the early days of the investigation, but found no evidence of political bias. Still, Attorney General William Barr and other Trump allies have been investigating their boss’s investigators, particularly since Biden, the vice president under Obama, became the Democratic nominee. Romney expressed support for a narrow inquiry by Johnson’s committee into the errors outlined by Horowitz, as long as it “does not fall in the realm of rank political undertaking.” But, in the hands of a loyalist like Johnson, whose stated mission is to damage Biden and help Trump, it’s hard to imagine such a probe being anything but that.

— Melania Trump Sounds a Lot Like Her Husband in Stephanie Winston Wolkoff’s New Book
— Jesmyn Ward Writes Through Grief Amid Protests and Pandemic
— How Trump’s Handling of White Supremacists Could Create a Homegrown Crisis
— Ashley Etienne May Be Biden’s Deadliest Weapon Against Trump
— What’s the Reality Behind Netflix Hit Selling Sunset?
— How to Abolish the Police, According to Josie Duffy Rice
— The Pandemic Is Creating an Endless Summer in the Hamptons
— From the Archive: The Perks and Perils of Being Donald Trump’s Daughter

Looking for more? Sign up for our daily Hive newsletter and never miss a story.