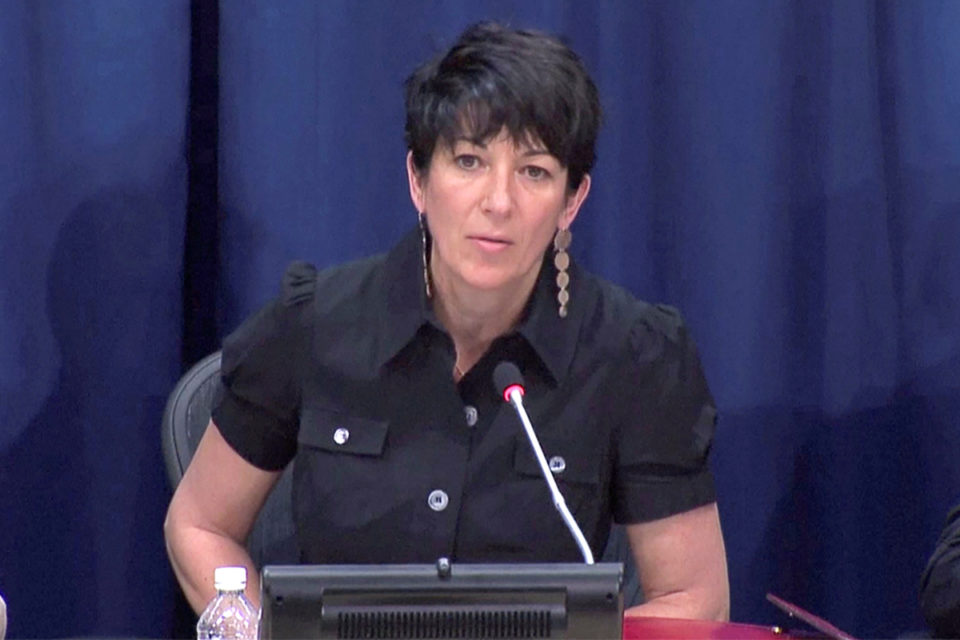 It’s been reported the Brit socialite will be “naming names” after being hauled before a judge on shocking child sex abuse charges.

Maxwell will be “fully cooperating” with the FBI in their investigation into the secret world of the shamed financial tycoon, say reports.

And that could spell bad news for those who have spent years trying to distance themselves from shamed Epstein – including Donald Trump.

The co- author of ‘A Convenient Death: The Mysterious Demise of Jeffrey Epstein’ said some would be terrified in the wake of Maxwell’s arrest

“I think that a lot of the friends of Jeffrey Epstein who were very relieved after he died are probably pretty terrified at this moment,” said Alana Goodman.

“Epstein is dead … she (Maxwell) doesn’t really have to worry about protecting him or anything else at this point.”

Those on the inner circle ‘list’ include former US president Bill Clinton who was accused of once having an affair with Maxwell.

Also with links to Epstein is Alan Dershowitz, a lawyer who represented President Trump at his impeachment trial last January.

He previously represented Epstein, also flew on his plane and reportedly received at least one massage at Epstein’s home.

He has denied wrongdoing.

Les Wexner, the CEO of L Brands which owns Victoria’s Secret, was also among Epstein’s circle of friends.

He had a close relationship with Epstein, but ended their connection in 2007 after allegations were made against the fallen financial adviser.

Wexner said in 2019: “I would not have continued to work with any individual capable of such egregious, sickening behaviour as has been reported about him.”

French modelling agent Jean-Luc Brunel, 74, went “missing” in the wake of Epstein’s death after being accused of being the financier’s “fixer” and “pimp”.

In an interview this week, abuse victim Virginia Roberts told The Daily Beast, “I thought after Jeffrey Epstein got arrested, Ghislaine Maxwell and Jean-Luc Brunel would be next.”

Bill Clinton – who infamously had a sexual liaison with White House intern Monica Lewinsky during his presidency – is said to have romped with Maxwell during overseas trips on Epstein’s jet.

The former president also repeatedly visited Maxwell at her Manhattan townhouse, according to a new book.

But a source was quoted in ‘A Convenient Death: The Mysterious Demise of Jeffrey Epstein’ as saying: “(Bill) and Ghislaine were getting it on. That’s why he was around Epstein – to be with her.”

“You couldn’t hang out with her without being with him. Clinton just used him like everything else.”

The relationship between Clinton and Maxwell is alleged to have occurred on overseas trips, when they flew on sex predator Epstein’s personal 727 Boeing jet, dubbed the ‘Lolita Express’.

It also continued at Maxwell’s former Upper East Side home, according to the book.

In July 2010 Maxwell, now 58, was among the few guests to attend Chelsea Clinton’s wedding in New York.

Clinton has acknowledged taking four trips on Epstein’s plane, but has previously said he was completely unaware of the “terrible crimes” committed by the financier, who killed himself last year.

During a 2002 excursion to Africa, Clinton was photographed posing with Maxwell in the plane’s doorway.

Earlier it was reported Epstein’s former mentor claimed some of the world’s most powerful people, including Prince Andrew, may be “very worried” in the wake of the arrest.

Steven Hoffenberg – who was also close to the Maxwell family – says her arrest will have been set up by the FBI, who would have known exactly where she’d been hiding out.

“Andrew handled it poorly, very poorly, he should have spoken to them through his lawyers, and given them some guidance,” he said.

“She’s going to cooperate and be very important. Andrew may be very concerned, and there’s a lot of people very worried, a lot of powerful people been named [in the scandal], and she knows everything.”

Clinton is not the only US president who knew shamed Epstein.

Donald Trump was once pictured with him and Maxwell at a 2000 party at the president’s Mar-a-Lago resort in Florida.

After Epstein’s arrest, Trump changed his tone saying he “knew him like everybody in Palm Beach knew him.”

Maxwell, who became a confidante of Jeffrey Epstein, has been accused of being Epstein’s “pimp”.

She was arrested in Bedford, New Hampshire on charges she conspired with Epstein to sexually abuse minors.

Maxwell appeared briefly by video from jail at a hearing in New Hampshire federal court, where a judge ordered her to face the criminal charges in New York.

She spoke briefly, answering “yes” when asked if she knew her rights. Her lawyer, Larry Vogelman, declined further comment on her behalf.

Prosecutors said she was a flight risk and asked that she be detained without bail. They said she faces up to 35 years in prison.

She is charged with four criminal counts related to procuring and transporting minors for illegal sex acts and two of perjury, according to the indictment by federal prosecutors in New York.

“Maxwell was among Epstein’s closest associates and helped him exploit girls who were as young as 14 years old,” said acting Manhattan U.S. Attorney Audrey Strauss.

“Maxwell played a critical role in helping Epstein to identify, befriend and groom minor victims for abuse. In some cases, Maxwell participated in the abuse herself.”

Epstein was awaiting trial on federal charges of trafficking minors between 2002 and 2005 when he was found hanged in an apparent suicide while in a New York City jail in August aged 66.

Letter to the editor: We must dig out of this mess – Leavenworth Times