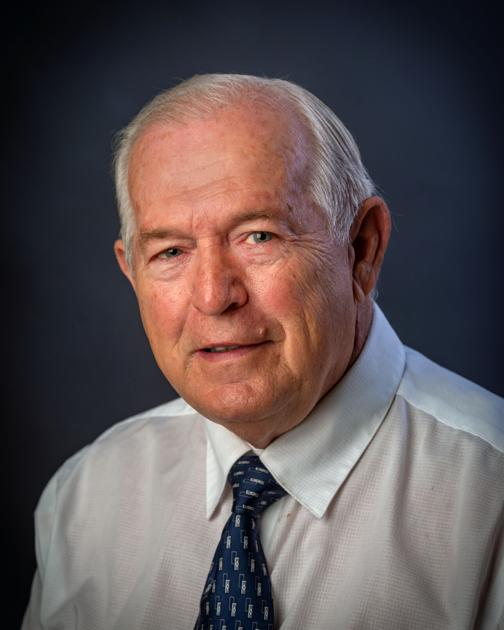 Editor’s note: This is the first of two columns in response to commentary on the recent impeachment trial of Donald Trump. Look for the second part in Sunday’s News-Journal.

I read Johnny James’ commentary about the recent impeachment and trial of Donald Trump (Feb. 13 Saturday Forum and Feb. 14 opinion page) and came to a fast conclusion — he doesn’t know what he’s writing about. And I’m counting on real constitutional scholars to weigh in on his misinformation.

To wit: James writes the impeachment proceedings violated Trump’s due process. The Constitution says nothing about due process for impeaching the president or any other federal officer because it’s a political act. As I’ll explain later, an impeached official may face civil or criminal charges even if he is acquitted of impeachment articles. Due process is required in those trials where imprisonment and fines can be assessed.

Here’s what the actual wording says in Article I, Section 2: “The House of Representatives shall chuse (sic) their Speaker and other Officers; and shall have the sole Power of Impeachment.”

“The Senate shall have the sole Power to try all Impeachments …. Judgment in Case of Impeachment shall not extend further than to removal from Office, and disqualification to hold and enjoy any Office of honor, Trust or Profit under the United States: but the Party convicted shall nevertheless be liable and subject to Indictment, Trial, Judgment and Punishment, according to Law.”

Following Trump’s acquittal, Sen. Mitch McConnell made an important statement, “Trump hasn’t gotten away with anything — yet.”

Trump is liable for criminal charges for inciting the insurrection that are now under consideration by local prosecutors in the District of Columbia. Should he be found guilty, he not only could face jail time and fines, authorities could also sue him for the damages to the Capitol and the cost for deploying thousands of troops and national guards to oversee the inauguration security.

As for due process, impeachment trial rules are developed by the Senate. Both the House managers and Trump’s legal team were given the same amount of time to present their cases and offer a defense although Trump’s team was spectacularly lacking in facts and logic. That’s why seven Republican senators voted to convict him.

As for the argument that the trial lacked standing because Trump was a private citizen when the trial began, that was solely at the discretion of McConnell who was the Senate majority leader at the time the House voted to impeach Trump. The trial could have started weeks earlier when Trump was in office, but the delay gave Republicans cover for their cowardly defense of the Capitol and Constitution.

Ironically, the Senate voted 56-44 on a procedure motion that the trial was constitutional and could proceed.

My copy of the Constitution, provided to me recently by the Paralyzed Veterans of America, also doesn’t including the wording James writes:

“The Constitution is clear: The president shall not be removed from office or impeached before the impeachment process is complete.”

Since this was in quotation marks, I assume he meant to repeat actual wording from the document, but I find no such phrasing. This statement also shows a clear lack of understanding that impeachment and trial are separate events conducted by separated chambers of Congress.

James also cites comments by Trump’s attorney, Alan Dershowitz, who offered his opinion, not a court ruling. Since this matter hasn’t come before the U.S. Supreme Court for a final determination, what Dershowitz offers is an opinion no more valid than any other attorney’s opinion.

— John D. Foster is a Carthage resident and regular contributor to the Saturday Forum. Email jandmfoster@yahoo.com.