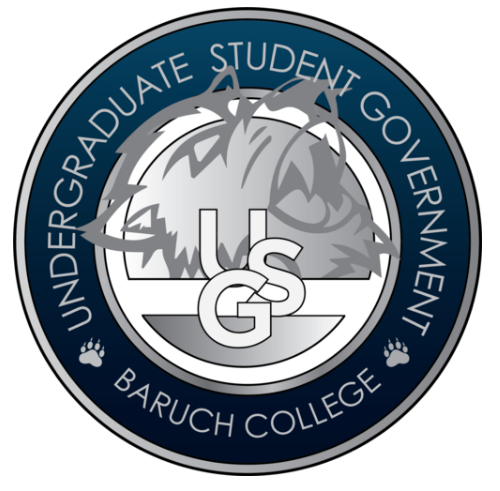 The purpose of the meeting was to discuss the impeachment trial of the now-former Baruch University Student Senate Delegate Joel De La Cruz.

Executive Vice President Briana Staten introduced the proceedings by laying out the ground rules and presenting an outline of the trial’s events.

President Tony Chen read the charges brought against De La Cruz, which were, “serious misconduct, including negligence or repeated inattention in carrying out official duties,” as stated in the USG Constitution.

De La Cruz received the petition with the charges on April 14.

Chair of Philanthropy Osvaldo Garcia gave an opening statement, outlining the case to be presented by USG.

Garcia said that the message was not representative of Baruch student government, which should be held to the highest standard.

He spoke about the trial’s unprecedented nature, as a student official has never been impeached before.

Garcia said that screenshots of the USS Steering Committee group chat, in which De La Cruz’s misconduct took place, would be provided to give the full context.

He emphasized that De La Cruz’s actions would not be condoned and called attention to his apology.

Grama stated that the witnesses may have a conflict of interest, regarding support for a political opposition candidate, Hunter College Sen. Alexis Fisher.

He expressed discontent that a trial was occurring at the Baruch level before the USS level. Instead, he said, USS should make the recommendation of how to handle the situation to the Baruch USG, which is less informed of the fighting and inner workings of USS.

However, she said she didn’t feel comfortable speaking to De La Cruz outside of work. Their interactions were limited to elections, steering meetings and other group settings.

She discussed USS culture as being defined by arguments, misogyny and racism. Its toxicity was worse this year than in previous years, according to Douglas.

When asked about her reaction to De La Cruz’s message, she characterized it as astonishing, disrespectful and uncomfortable to read.

The beginning of the exchange began with a message De La Cruz sent on April 10, the day before the plenary USS meeting. He expressed discontent with the meeting agenda.

“Is this some sick joke. Why is there something on the agenda that explicitly wasn’t approved by the steering. This isn’t some petty dictatorship. If things go on the agenda without steering approval, what is the point of our meetings? If it serves no actual function, are just justifying our stipends?” he said.

Simmons, in her testimony, pointed out that some of the steering committee members were not receiving stipends.

“Is that all we do in those meetings? The agenda doesn’t even include important things like the nomination and election of our vice chair of disability affairs which we are required to do. We aren’t clowns, we’re the entire circus,” he added.

Simmons had responded within the chat, writing, “What is with you and your choice of words? You truly are a wonder, I would love to learn your life perspective.”

De La Cruz’s response is the focus of the misconduct charge: “What is with you is that you are a hateful, spiteful creature. Impermeable to reason or any ability [for] foresight. Subservient to your base nature.”

In the message, he also referenced controversy about two opposing antisemitism resolutions.

“I understand you hate [Aharon Grama] but attacking the entire Jewish community doesn’t even make sense; he’s an atheist and doesn’t practice the religion,” he wrote.

While Simmons was reviewing chat messages and was about to give her testimony, USG was notified that De La Cruz emailed a letter of resignation to Chen. As a result, the impeachment trial could not be continued, but Simmons was still allowed to give a closing statement.

She discussed the racist implications of calling a Black woman a “creature,” emphasizing the power of language. She said she believes her story mirrors the stories of other people of color.

USS is meant to be a safe space to protect students from a world that rejected them, according to Simmons. She called for there to be change and rejection of racist ideologies from infiltrating the space.

Basnet, the third witness supposed to offer testimony, spoke next. He responded to Grama’s opening statement, calling his comments a “gross mischaracterization of Hunter delegates.”

According to Basnet, Grama accused them of treating the situation as a political moment. He rejected the notion that he and other delegates were pushing a personal agenda.

The question of whether De La Cruz is able to run for student office was asked.

As of right now, running for office is within his rights as a student. The USG Constitution has no rule banning a student from doing so in this type of situation.

USG talked about getting in contact with the Office of the Dean of Students to address this question.

Reyes and Garcia spoke about how De La Cruz was given the opportunity to resign prior to the impeachment trial.

USG expressed discontent with his decision to do so halfway through Simmons’s testimony. According to its members, it undermined the hard work put into and preparation of the trial, as well as Simmons’ voice.

It discussed taking steps to not allow this to happen again in the future. Reyes also believes that the letter of resignation seemed rushed.

Staten gave a report on the Vice President of Student Affairs position, which is vacant. Applications will close on April 26 and be reviewed at the next Senate meeting on April 27.

USG will also be voting on the Greek life moratorium during next week’s meeting.

In collaboration with the Office of Student Life, USG is planning to give away merchandise for graduating seniors. Chair of Graphics Cindy Chen is working on the graphics.

The student government next discussed a field experiment by Theodore Joyce, a professor of economics. It utilized “a randomized control design” to test different ways to curb online cheating by undergraduate students.

The results found that notifying students that they were caught cheating and are on a watch list reduces subsequent cheating behavior by about 75%.

USG said it believes that it is unethical to accuse students of cheating while they are unaware that they are test subjects.

It intends to send this information to Interim Provost Myung-Soo Lee and Senior Vice President for Student Affairs and Dean of Students Art King.

Garcia next discussed USG’s Earth day event, “Bearcat Farmer,” on April 22. There will be giveaways and Kahoot quiz prizes, such as a beginner gardening kit and a “Baby Yoda” chia pet.