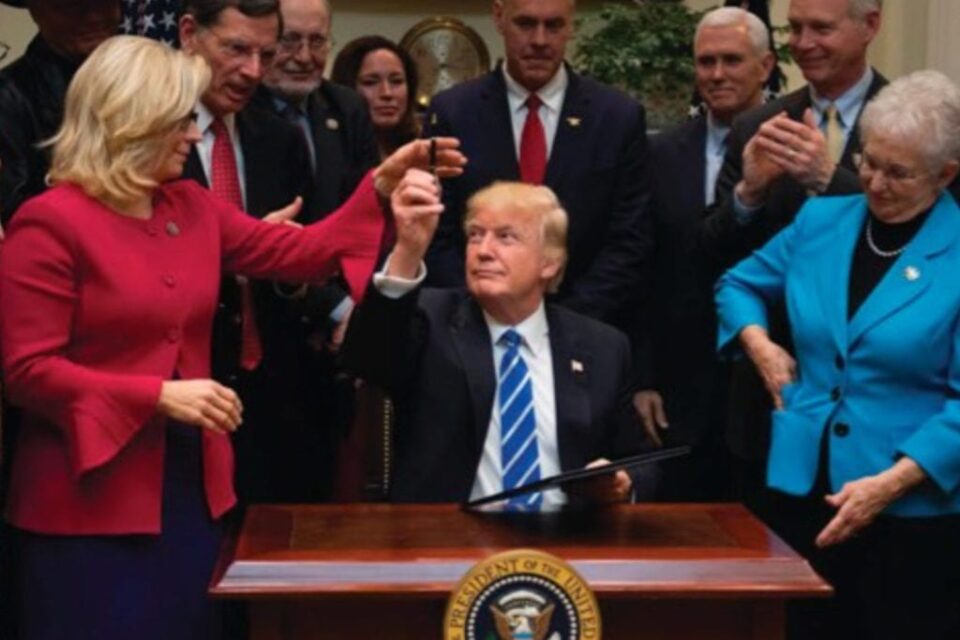 CASPER, Wyo. – Former President Donald Trump says he will be meeting with some of Wyoming Rep. Liz Cheney’s opponents as early as next week, and expects to endorse one in the upcoming months.

Trump said in a statement on his website that “some highly respected pollsters tell me she’s toast in Wyoming” for her impeachment vote. Trump did not name the pollsters.

“Remember though, in the end we just want ONE CANDIDATE running against Cheney,” Trump continued.

“This is a ‘hot’ race with some very interesting candidates running against her,” he said. He did not mention the candidates he’ll be meeting with in Bedminster next week, nor did he offer a specific day.

Cheney was one of 10 Republicans who voted with Democrats to impeach then-President Trump for his role in inciting an insurrection at the U.S. Capitol building on Jan. 6, as the presidential electoral votes were counted. Trump has insisted without evidence that the election was stolen from him by widespread fraud. More than 50 lawsuits filed by Trump’s campaign and other supporters were rejected by state and federal judges. The claims were also rejected by Trump’s then-Attorney General William Barr.

Cheney, once one of Trump’s most reliable supporters, has continued to strongly denounce the former president’s role in the Jan. 6 insurrection, as well as his election fraud claims. She lost her top leadership positions in the process, and has attracted a number of candidates interested in defeating her in the 2022 Republican primaries.

Liz Cheney opponents to meet with him pre-endorsement

What Donald Trump Jr. says about Mitt Romney in book about impeachment

Trump’s Big Lie is changing the face of American politics