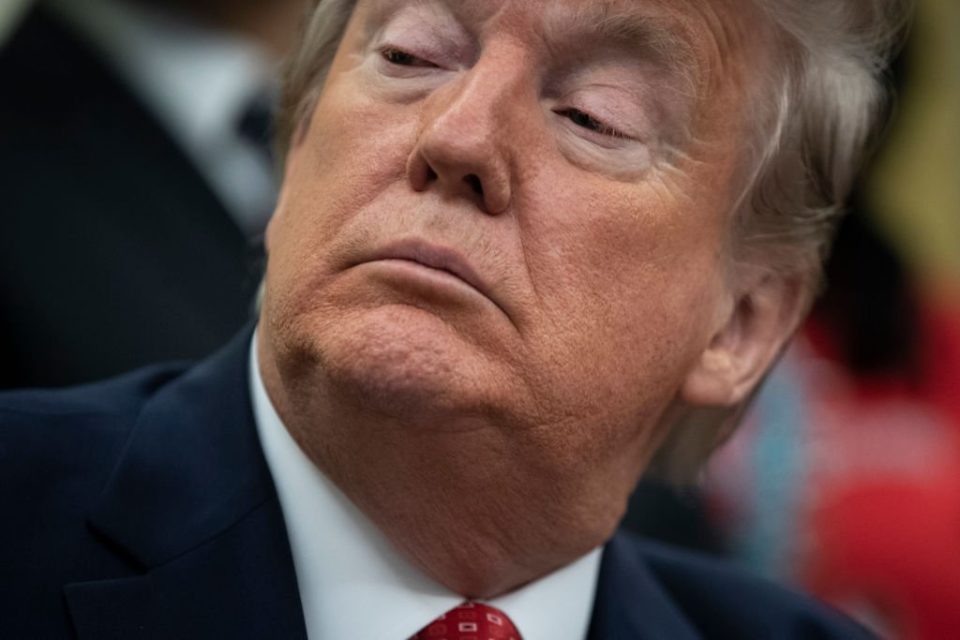 If there was any doubt that true dyed-in-the-wool conservatives see Donald Trump merely as a useful idiot to pander to the rubes while they confirm judges, FedSoc co-founder Steven Calabresi is ready to set the record straight. As we hit the home stretch before the November election, the Northwestern professor feels that now he thinks Trump’s gone too far and needs to be removed from office.

A courageous stance… three and a half years too late.

The impetus for Calabresi’s last-minute conversion on Trumpism is Trump’s recent tweet suggesting that the election needs to be delayed due to the ongoing pandemic… while simultaneously arguing that public schools must reopen because everything’s safe.

Steven Calabresi, a Northwestern University law professor who has offered broad defenses of the President in recent years, wrote, “I am frankly appalled by the president’s recent tweet seeking to postpone the November election. Until recently, I had taken as political hyperbole the Democrats’ assertion that President Trump is a fascist.”

“But this latest tweet is fascistic and is itself grounds for the president’s immediate impeachment again by the House of Representatives and his removal from office by the Senate,” he said.

We come once again to the same crossroads we always approach with prominent conservatives: is Calabresi just spectacularly stupid or cravenly cynical? He thought it was “hyperbole” to suggest Trump was fascist as he defied court orders, defended white supremacists, and unveils plans to send stormtroopers into American cities, but now that he’s suggesting putting off the election, Calabresi is starting to see what those folks might be talking about!

The most charitable view of Calabresi’s new worldview is that there’s something about attacking the sanctity of the democratic process that’s uniquely offensive to his conservative values. But even that is pig slop if you spend half a second thinking about it. Calabresi hasn’t said anything about Trump’s relentless falsehoods about “widespread voter fraud” and, indeed, has implied that it exists in the past despite a complete lack of evidence. So after years of contributing to the erosion of public faith in democratic elections, Calabresi has decided that this Tweet is where he sees a threat to democracy.

We tend to believe Calabresi is not a moron. As America hopscotched toward authoritarianism for the last three years, Calabresi was there trying to kill the inquiry into White House efforts to obstruct justice by suggesting that Robert Mueller’s mere appointment was unconstitutional and making up new laws from whole-cloth to declare the impeachment process illegal. Steven Calabresi has carried so much water for this administration’s efforts to undermine constitutional principles that he’s going to have permanent back pain.

But that was when Trump had better polling. Now, with double-digit deficits in key states, Calabresi sees the runaway train of barely competent 30-something judges careening toward to abyss. He’s gotten all he’s likely to get out of Trump and it’s time to get off while the getting’s good.

The pivot has begun. Soon we’ll hear how Josh Hawley would never try to delay an election! Or whichever avatar of white grievance they choose to parasitically latch onto next. Gather round, kids, because the Federalist Society rehabilitation project is now underway, distancing itself from Trump and setting themselves up once again as the conservative “intelligentsia” that deserves the trust of mainstream institutions. Trust they’re happy to deploy in four years when they tell sit down with NBC News to explain why Tom Cotton has deep respect for constitutional norms. Anyone who thinks otherwise is engaged in political hyperbole.

And based on the fawning headlines over Calabresi’s statement, it looks like this process is proceeding apace.

Joe Patrice is a senior editor at Above the Law and co-host of Thinking Like A Lawyer. Feel free to email any tips, questions, or comments. Follow him on Twitter if you’re interested in law, politics, and a healthy dose of college sports news. Joe also serves as a Managing Director at RPN Executive Search.

Trump’s missed opportunities: The top three blunders of the past year