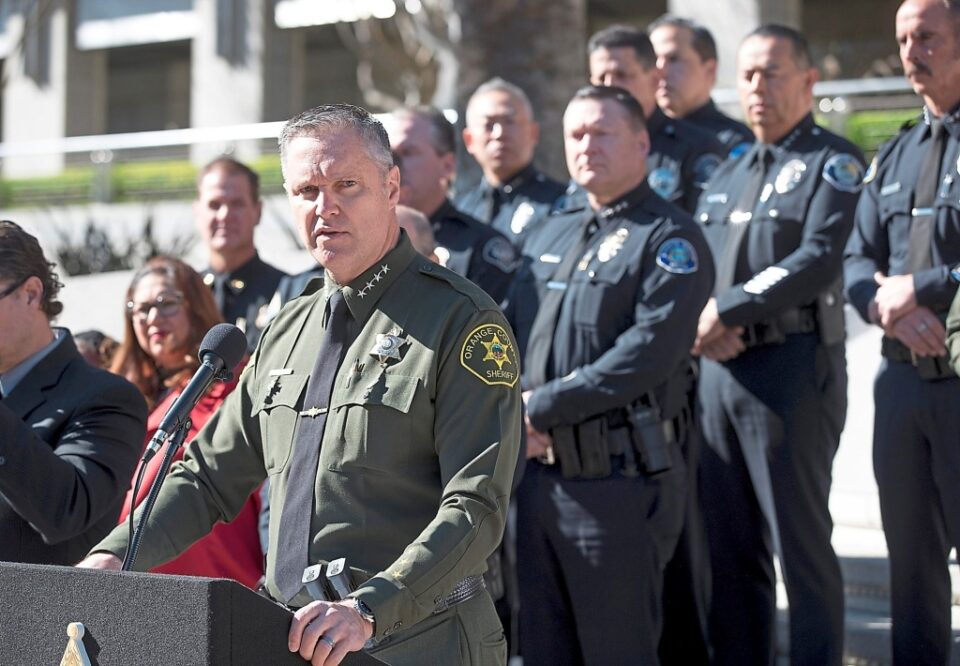 An appeals court ruled this week that crime reports falsified by law enforcement officers can be used to impeach the officers’ credibility in unrelated criminal cases.

A three-member panel of the Fourth District Court of Appeal on Tuesday moved an Orange County Superior Court judge off a criminal case for refusing to allow falsified police reports to be presented as evidence of lying.

The reports in question were written by one of the worst offenders in the Orange County Sheriff’s Department’s “evidence scandal,” in which the deputy repeatedly wrote that he had booked evidence when he had not. An internal Sheriff’s Department audit obtained by Southern California News Group in 2019 showed deputies systematically booked evidence late or not at all, a problem that the agency said had been resolved.

The precedent-setting appellate ruling was based on the case of Javier Murillo, who was convicted in November 2016 for resisting arrest and possession of drug paraphernalia. In August 2016, deputies went to Murillo’s home in Stanton to serve an arrest warrant.

According to court records, Murillo ran from his home and was chased into a neighbor’s yard and tackled by then-Deputy Phillip Avalos. The deputy testified Murillo resisted arrest and kept reaching for his waistband. The appellate file said Avalos rained down punches on Murillo’s head and back.

The struggle continued until a second deputy arrived to help control Murillo. A search of Murillo found two knives and two hypodermic needles.

Despite the deputy’s testimony that Murillo fought back to avoid arrest, Murillo’s defense attorney, Deputy Public Defender Jamie Kim, contended he did not resist.

Murillo was convicted and served a two-year prison sentence. His defense team later was informed of the sheriff’s evidence problem and that an internal affairs investigation found Avalos had made false statements regarding evidence collection in five police reports from February 2016 to February 2018.

In three cases, Avalos said he had booked items into the sheriff’s evidence locker when he had not, said the appellate ruling. In the two other cases, he booked evidence long past the time stated in his police report. Department policy states that evidence must be booked by the end of the deputy’s shift,

The defense sought to have Murillo’s conviction overturned based on the argument that Avalos must have lied in his court testimony.

Judge Gary Paer refused to conduct a hearing on whether the new evidence should be considered, saying that it would be a “huge stretch” to conclude Avalos lied at trial just because he was late in booking evidence in unrelated cases. Paer added that Avalos’ testimony was corroborated by another deputy who arrived on the scene.

The case later was taken to the appellate panel, consisting of Justices William Bedsworth, Richard Fybel and J. Zelon.

Toward the end of the appellate hearing, Bedsworth asked prosecutor Holly Woesner how could it not be of value for the jury to know that the deputy in the case had lied in other cases?

“The jury did not know that the key witness is a liar,” he said.

Woesner responded,”I think it is going too far to call the deputy a liar.”

Bedsworth answered, “He filled out a form. He said he did something that he didn’t do.  What is that if it isn’t a lie?”

Said Woesner: “I think there’s definitely some room for looking at this as not as a lie, as being confused, mistaken …”

Fybel commented that Woesner had “drawn the short straw on this one.”

Besides reassigning Judge Paer, the panel ordered an evidentiary hearing be held on the new evidence.

Ten months after his false reports were discovered, Avalos was promoted to sergeant.

The deputy said he was attempting to spend less time in the station and more time helping his partners or searching for criminal activity. This practice eventually led to poor endings to cases, Avalos said. He told the investigator he absolutely did not sell or give away evidence that he did not book.

He said it was probably lost.

The lack of a chain of custody can be seen in one of Avalos’ cases. On April 28, 2017, Avalos responded to a car stop and found a machete and 3.3 grams of cocaine in the vehicle. Avalos booked the cocaine 25 days after collecting it. The machete, however, was not placed into the evidence locker until nine months later.

The Sheriff’s Department and District Attorney’s Office have obtained three misdemeanor convictions against deputies who fabricated their reports on the evidence. Avalos has not been charged.

“In every case, a person accused of a crime is owed their right to due process in the criminal justice system,” the Sheriff’s Department said Wednesday in an email. “We have remedied evidence booking procedure and policy with multiple safeguards to ensure this does not happen in the future.”

Kimberly Edds, a spokeswoman for the District Attorney’s Office, said the rights of defendants are important, and Orange County residents should rest assured that criminals are being held accountable.

“We are continuing to litigate cases every day that call into question the credibility of the witnesses we must rely on to prosecute our cases. The Orange County District Attorney’s Office will continue to ensure that the law is upheld and constitutional rights are protected.”