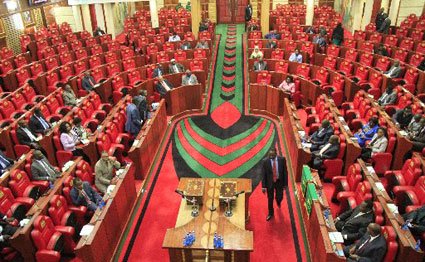 By PATRICK LANG’AT
More by this Author

Led by Siaya Senator James Orengo, they say that they will consider constitutional means of dealing with the DP.

While it remains to be seen whether this threat will be carried out, the law is clear about the process that would need to be followed if the situation arose.

Impeaching an elected deputy president in Kenya is a game of numbers that requires the enviable two-thirds majority in the two Houses of Parliament to pass.

The process starts at the National Assembly.

To initiate a motion, the Constitution sets the first threshold: An MP introducing it must have the support of at least a third of members of the House.

This translates to 117 of the 349 MPs that must sign the motion before it can be introduced.

The MP leading the process must state the charges against which he or she wants the deputy president impeached for.

These are gross violation of the Constitution, “where there are serious reasons for believing that the DP has committed a crime under national or international law” or for gross misconduct.

Such a motion passes in the National Assembly if supported by at least two-thirds of the members of the House, that is, 233 of the 349.

Within two days of the resolution of the National Assembly, the Speaker of the House shall communicate to his counterpart at the Senate.

Within seven days of receiving this communication from the National Assembly Speaker, the Senate Speaker shall convene a meeting to hear the charges against the DP.

In this case, the Senate shall act as a court of law adjudicating the matter of impeachment with the National Assembly as the prosecutors.

This trial will be conducted by an 11-member special committee of the Senate. The committee has seven days within which to report to the House.

“The special committee shall investigate the matter and report to the Senate within 10 days whether it finds the particulars of the allegations against the deputy president to have been substantiated,” Article 145 (4) of the Constitution says.

In the trial, the DP shall have the right to appear before the special committee and to have counsel.

For the impeachment to pass, like in the National Assembly, the House must marshal at least two-thirds, meaning 45 of the 67 senators. In this case, the deputy president shall immediately cease to hold office.

If the special committee finds that the matters have not been substantiated, the matter ends there.

It is important to note that this is the same process that applies when impeaching the president, with the same thresholds and timelines followed in such a motion.