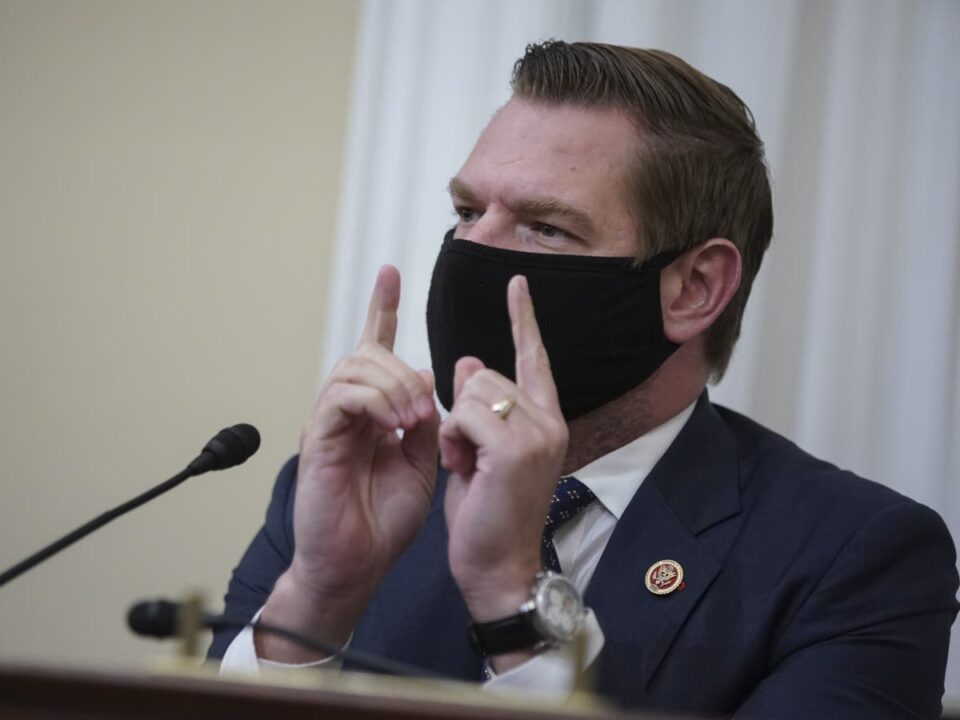 California Democratic Rep Eric Swalwell’s campaign appears to have spent tens of thousands of dollars during the second quarter of this year on alcohol, fine dining, limos, and a hotel where the lawmaker’s wife once worked, records show.

The substantial spending during the course of three months in a year without an election by a representative in a safe seat could be an indication of his rising stature within the party.

Receipts filed with the Federal Election Commission (FEC) shows that the campaign spent $21,200.75 in April at the Ritz-Carlton Half Moon Bay in northern California in six separate transactions.

Mr Swalwell’s wife Brittany was the director of transient sales at the hotel from February 2015 to December 2019, her LinkedIn page previously stated. The profile now appears to have been removed from public view.

The campaign spending was first reported on by Fox News and includes more than $10.000 on car services. Included in this was 21 transactions between May and June when the campaign spent more than $6.000 at Sunny’s Executive Sedan, a company based in New York City.

More than $2.100 was spent at Charlie Palmer’s, a DC steakhouse, on seven separate occasions. Alcohol was delivered via the Drizly delivery service on nine occasions totalling $566.04.

Mr Swalwell, who entered the House in January 2013, was backed up by Democratic leadership as he became connected to an alleged Chinese spy called Fang Fang, as reported by Axios in December 2020. Federal investigators say she made contact with Mr Swalwell and even slept with two mayors in the midwest during her active period from 2011 to 2015.

While Republican House Minority Leader Kevin McCarthy said in December 2020 that Mr Swalwell posed a “national security threat” and that he should be taken off the Intelligence Committee, Speaker Nancy Pelosi said she doesn’t “have any concerns with Mr Swalwell”.

Swalwell for Congress didn’t spend more than $21.000 on a single transaction in the second quarter of 2019. From April to July that year, he joined the 2020 primary for the Democratic presidential nomination. He participated in one debate but became the first candidate to drop out as the second debate was nearing and it was looking like he might run the risk of not qualifying for another bout.

Since then, Mr Swalwell’s profile in Congress has risen – he served as one of the House impeachment managers during former president Donald Trump’s second impeachment trial following the insurrection on 6 January earlier this year.

It was reported earlier this month that Mr Swalwell and four other members of the House went on a trip to Qatar paid for by the US-Qatar Business Council. The trip was approved by the House Ethics Committee and the total bill came to $84,621.59, according to the New York Post.

The Independent has reached out to Mr Swalwell for comment.