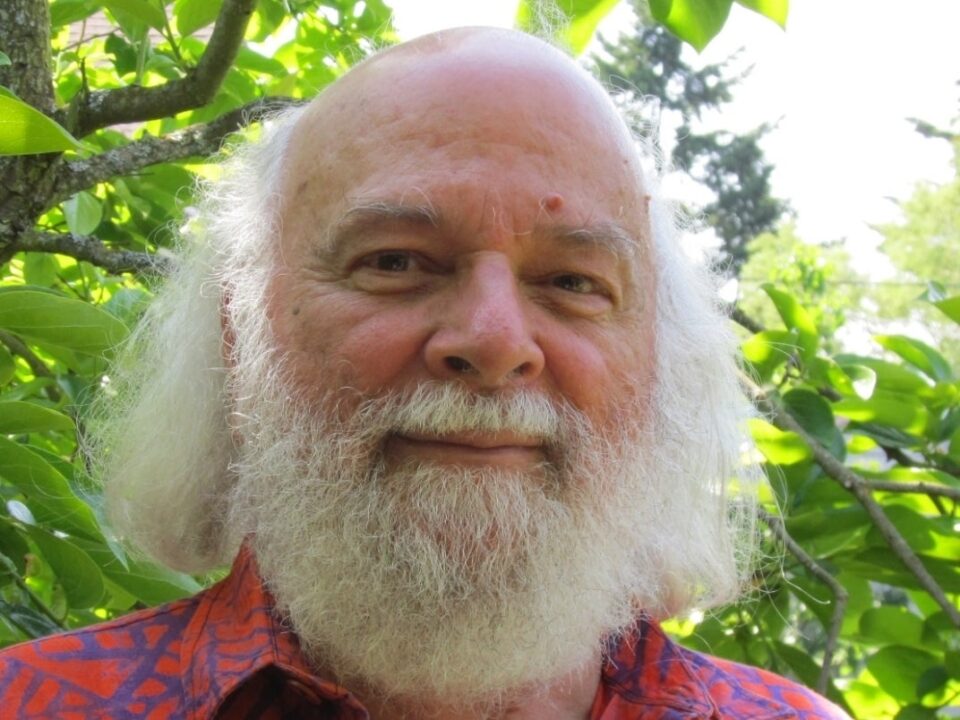 Donald Trump and his elected Oregon Republican collaborators *1, who continue to triumphantly proclaim Trump’s fitness for the Presidency including his handling of the Corona virus pandemic, already have more American blood on their hands than Richard Nixon and Lyndon Johnson and their collaborators did during the Vietnam war.

Since March 12, 2020 my representative in Oregon’s legislature, Tina Kotek, has sent me dozens of newsletters beginning with “Coronavirus Update.” *2 Kotek has set an example for every legislator in Oregon, indeed, in our country. Her newsletters are credible and full of important, useful information and guidance. On behalf of her constituents, of which I am one, thank you.

As Covid-19 infections increasingly spread across Oregon it becomes necessary to expose to all Oregonians how Oregon’s elected Republican legislators are either helping or hurting our state’s efforts to control the virus and protect our democracy and our voting rights in our Oregon and our America.

What are Oregon’s Republican legislators telling their constituents about Covid-19, elections and democracy?

Not a single newsletter from any Oregon Republican legislator in 2020:

A. Mentioned that All of Oregon’s elected Republican legislators rejected calls for Trump’s impeachment and resignation regardless of his pathological lying, frightening recklessness, appalling ignorance, mental and emotional dysfunctions, verbal incoherence, policy failures and endangerment of Americans’ health and economic well being that he is supposed to protect.

B. Informed their constituents that every elected Oregon Republican was as culpable as congressional Republicans for supporting Donald Trump’s disastrous decisions which led to the preventable Covid-19 related deaths of tens of thousands of Americans, including many Oregonians.

C. Defined Oregon’s elected Republicans as Trump collaborators that have as much blood on their hands as Donald Trump. Republican newsletters do NOT mention their complicity in Covid-19 deaths by disinterest, dishonesty and disinformation.

D. Will give you the real story behind why did the White House abandoned a federal national testing strategy to the Covid-19 outbreak and replaced it with a shambolic 50-state response. In summary, early on Trump and his Republican cronies believed Covid-19 was only a blue-state problem that would not significantly affect their red-state voters. Willful ignorance caused them to get the politics wrong because they got the science wrong.

Now the abbreviated details. In the spring of 2020 Jared Kushner produced a Covid-19 plan which involved the purchase of 3.5 million Chinese-made diagnostic Covid-19 tests for $52 million intended for a nationally coordinated testing strategy. 1 million were delivered. When the invoice arrived the government refused to pay because the order was made in a secret and legally dubious manner not listed in any government database nor with any required official government contracting officer. In addition, all the test kits, some of which had been sent to states, were contaminated and unusable. Kushner buried his plan when his father-in-law, Donald Tump, proclaimed, falsely, that increased testing increased cases and ordered testing to be slowed down.

E. Will inform you that their fit to be President, Donald Trump, expands his embrace of lethal quackery, “I was very impressed by her. I know nothing about her, I had never seen her before“, is pushing the coronavirus and other health theories of a Nigerian trained minister/doctor, Stella Immanuel, who preaches and practices:

a. Masks were unnecessary

c. She has often claimed that gynecological problems like cysts and endometriosis are in fact caused by people having sex in their dreams with demons and witches.

e. She warns that scientists are cooking up a vaccine to prevent people from being religious.

f. She has said that the government is run in part not by humans but by “reptilians” and other aliens.

F. Recognized the disturbing fact the Dr. Fauci, one of the few senior administration officials with any credibility, has been pushed aside, removed from briefings and limitations placed on his public appearances as well as being criticized and belittled by Trump.

G. Pointed out that Trump continues to this day to aggressively pursue his law suit which would eliminate the Affordable Care Act denying access to health care to many millions of Americans. Trump has deliberately ignored that fact that many millions of Americans have or will soon lose their health insurance because they have no jobs. That number will swell when massive revenue shortfalls require layoffs at city, county and state governments. All of this in the midst of a pandemic. The cruelty here is breathtaking. Literally. Trump has continued to deceive his followers for years by promising them that his super fantastic health care overhaul is just around the corner. But it never arrives and it never will.

I. Reports that by bullying the Center for Disease Control into reckless, medically indefensible advocating for opening all public schools in the county, Trump has effectively removed all the CDC’s medical and scientific credibility, turning it into a political arm of Trump’s campaign for reelection. Interestingly, while Trump wants you to expose your children and America’s teachers to a deadly virus, his son, Barron, is going to a private school that will be closed to in person education.

J. Will remind you of medical advice from Trump to ingest bleach as a treatment for Covid-19.

K. Will remind you of Trump’s continuing failure to use his powers to assure adequate PPE for medical and first responders throughout America, including Oregon.

L. Will challenge Trump’s fitness to be President based on his continued assertion that the corona versus is a temporary annoyance that is under control and would soon go away.

M. Will tell you about the widely publicized, chillingly revealing and damaging Johnathan Swan interview with Trump.

SWAN: How? A thousand Americans are dying a day.

TRUMP: They are dying. That’s true. It is what it is. But that doesn’t mean we aren’t doing everything we can. It’s under control as much as you can control it.

I would only add that Trump’s true position here, laid bare, is that this is the best we can do. Whether this is due to narcissism and the inability to hear criticism and self-correct, or whether it’s due to naked malevolence, that may be the biggest revelation here of all.

N. Chose to look at Trump’s unsubstantiated obsession with hydroxychloroquine and his $88 million expenditure of federal and state taxpayer funds to research, acquire, or prescribe the drugs in the crucial early months of the pandemic, crowding out funding for other medications that doctors say were far more promising. There remain 66 million doses stranded in the federal stockpile — and officials do not yet know what they will do with them.

O. Chose to investigate the FDA reluctance to certify a cheap, rapid, at home Covid-19 test developed by Dr. Michael Mina, an Assistant Professor, Harvard T.H. Chan School of Public Health, Center for Communicable Disease Dynamics, Department of Epidemiology. Fear of provoking Trump’s anger over increased Covid-19 testing has slowed or stopped FDA approval of an existing, ready to be manufactured, easy to use, spit on paper test which is accurate when someone is infectious and the virus is present at transmissible levels. Failure to quickly license this test, will prevent an affordable method to test school children before they enter the classroom, everyday, which would allow fully opening schools across Oregon and America. Failure to license this test will certainly lead to more unnecessary sickness and death which can and will be righteously blamed on Donald Trump and his collaborators.

P. Wrote that Trump has repeatedly denigrated our Oregon mail-in elections and is trying to stop or slow down post office deliveries in our state and elsewhere to create chaos in next November’s elections. “With Universal Mail-In Voting (not Absentee Voting, which is good), 2020 will be the most INACCURATE & FRAUDULENT Election in history. It will be a great embarrassment to the USA. Delay the Election until people can properly, securely and safely vote???” Trump tweeted. “The 2020 Election will be totally rigged if Mail-In Voting is allowed to take place, & everyone knows it,” he tweeted July 26, one of more than 70 attacks he has made against voting by mail since March, according to a tally by The Post.

Oregon’s Secretary of State, Republican collaborator Bev Clarno, continued support for Trump to remain in office casts considerable troubling doubt on her loyalties to Oregonians. She claims to serve two masters. She can’t. The blood on her hands is just as red and plentiful as that of her fellow elected Republican Covid-19 death enablers.

Q. Acknowledged that Steven G. Calabresi, a law professor who was a founder of the Federalist Society, a conservative lawyers’ group, called Trump’s suggestion to postpone the November 2020 election “”fascistic,” meriting impeachment.

R. Reminded voters that Trump made many promises in 2016 which he has not, can not and will not fulfill e.g. building a border wall that Mexico would pay for, revitalizing the American coal industry, cutting middle-class taxes by thirty-five per cent and increasing G.D.P. by up to six per cent a year.

S. Opposes Trump’s bizarre defense of the toxic, treasonous legacy of the Confederacy.

T. Will explain to their constituents why Donald Trump has no agenda, no priorities for a second term. For Trump l’état, c’est moi. A large portion of the electorate is satisfied to support a leader who has no future policies only an aspiration for authoritarian control of our county.

U. Will enumerate the overwhelming, incontrovertible evidence that Donald Trump is, himself, a collaborator with Russia’s elected dictator-for-life, Vladimir Putin. It is obvious that Putin’s KGB training enabled him to develop and exert tremendously overpowering leverage over Trump, most probably financial and criminal. Putin’s pressure has forced Trump to allow him to order his Russian army of Internet trolls to spread division among Americans by flooding social media with disinformation about the Corona virus and attacking our American election process without challenge or consequences. In any other country these would be considered the actions of a traitor.

Oregon’s elected Republican Collaborators know that Trump is a failed President who is doomed to massive loss in November. So, their plan is to stay quiet, lay low and hope no one notices their complicity as part of Trump’s network of a dark, dangerous army of elected sycophants. Sorry, but we did notice and are pointing the spotlight on you.*1

Oregon’s elected Republican legislators *1 are not only fools and COLLABORATORS they are a real DANGER to their constituents and all of us Oregonians.

DON’T BE FOOLED. Oregon’s elected Republicans are the ENEMIES of American democracy, Science, Medicine, Health Care, Education, our Shared Environment and General Welfare of Oregonians and the American people.*1 They should be treated as you would treat anyone who threatens you, your family, your friends and your neighbors with sickness, financial ruin and death. More than 51 million unemployed and 165,000 Americans are dead from Covid-19 and growing steadily.

“Let not any one pacify his conscience by the delusion that he can do no harm if he takes no part, and forms no opinion. Bad men need nothing more to compass their ends, than that good men should look on and do nothing.“ John Stuart Mill, a British philosopher and political theorist, delivered at an inaugural address at the University of St. Andrews in 1867. It was an insightful admonition then as it is today.

Author of The Ellmyer Report, a newsletter that informs, educates and influences on public policy. Occasionally distributed to more than a quarter of million readers in Oregon and beyond. Facebook, Portland Politics Plus . Opinion contributor to Patch.com news.

Strzok: ‘I continue to believe that Donald Trump is compromised by the...