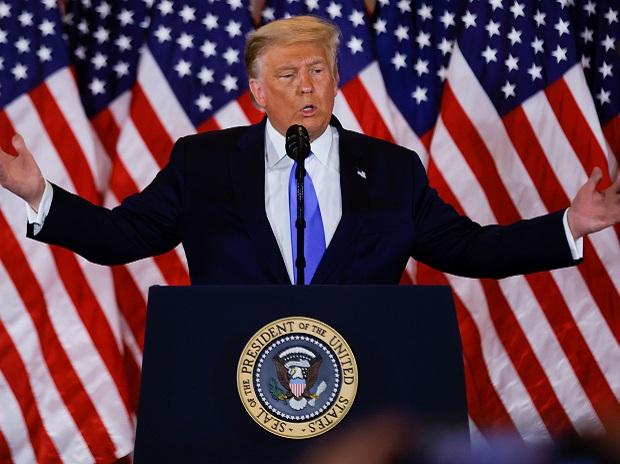 Two new books about the final year of Donald J Trump’s presidency are entering the cultural bloodstream. The first, Landslide, by the gadfly journalist Michael Wolff, is the one to leap upon, even though the second, I Alone Can Fix It, from Washington Post journalists Carol Leonnig and Philip Rucker, is vastly more earnest and diligent, to a fault.


This is Mr Wolff’s third book about Mr Trump in as many years. It’s Ms Leonnig and Mr Rucker’s second, after the excellent A Very Stable Genius, which appeared in early 2020. This one, alas, reads like 300 daily newspaper articles taped together so that they resemble an inky Kerouacian scroll.


Perhaps it’s not the authors’ fault that I Alone Can Fix It is gruelling. It may be that a reader, having survived Covid-19, “stop the steal” and the bear-spray wielders, and feeling a certain amount of relief is uneager to rummage so soon through a dense, just-the-facts scrapbook of a dismal year.


A primary achievement in I Alone Can Fix It, however, is its bravura introduction of a new American hero, a man who has not received a great deal of attention: Gen Mark A Milley, the chairman of the Joint Chiefs of Staff. A better title for this book might have been “Mr Milley Goes to Washington.”

There tend not to be a lot of people to root for in Trump books. Reading them is like watching WWE fights in which all the wrestlers are heels, smashing each other with folding chairs. General Milley provides Ms Leonnig and Mr Rucker not just with an adult in the room, but a human being with a command of facts, a long view of history, a strong jaw and a moral centre.


We were, General Milley suggests, closer than we knew to the precipice. The book details the final weeks of Trump’s presidency, when the stitching was really coming off the ball. General Milley told aides he feared a coup, and, Ms Leonnig and Mr Rucker write, “saw parallels between Trump’s rhetoric of election fraud and Adolf Hitler’s insistence to his followers at the Nuremberg rallies that he was both a victim and their saviour.” Milley told aides: “This is a Reichstag moment.”

About the Proud Boys and their ilk, he tells military and law enforcement leaders: “These are the same people we fought in World War II.”

I Alone Can Fix It is an almost day-by-day accounting of Mr Trump’s last year in office, from the fumbled Covid response to the second impeachment to Rudy Giuliani’s public self-immolations. There are apocalyptic scenes of Mr Trump dressing down and humiliating those around him, including former Attorney General William P Barr.


In Landslide Mr Wolff, too, tells a broad, jumpy, event-laden story about this shambolic final year. But he’s particularly interested in Mr Trump’s X-factor as well as his darkly telepathic relationship with his admirers and the sick realisation that in his universe standard morality is waved aside as if by force majeure.


Mr Wolff blames the “striving, orderly, result-oriented, liberal world and its media,” including this newspaper, for missing the point about Trump. He suggests Mr Trump dwells outside the conventionally understood. He was never cynical and armed with a grand strategy. He had “completely departed reality.”

Mr Wolff is a sometimes-mocked figure in the worlds of journalism and politics. He’s been accused of being less than diligent in his fact-checking and for careless writing. These complaints are valid, up to a point. But Landslide is a smart, vivid and intrepid book. He has great instincts. I read it in two or three sittings. Mr Wolff doesn’t have Mark Milley. He’s not so interested in the Covid narrative. He zeros in on the chaos and the kakisto­cracy, on how nearly everyone with a sense of decency fled Mr Trump in his final months, and how he was left with clapped-out charlatans like Sidney Powell and Giuliani. Mr Giuliani’s flatul­ence is a running joke in this book, but the author doesn’t find him funny at all.


Mr Wolff has scenes Ms Leonnig and Mr Rucker don’t. These include election night details, such as the freak-out in Trump world when Fox News called Arizona early for Joe Biden. Mr Wolff, who wrote a biography of Rupert Murdoch, describes the frantic phone calls that flew back and forth before the word came down from the old Dirty Digger himself: “[Expletive] him.”

In this accounting, Mr Trump belittles his followers. “Trump often expressed puzzlement over who these people were,” Mr Wolff writes, “their low-rent ‘trailer camp’ bearing and their ‘get-ups,’ once joking that he should have invested in a chain of tattoo parlours and shaking his head about ‘the great unwashed.’”

It was another Wolfe, Tom, who commented that “the dark night of fascism is always descending in the United States and yet lands only in Europe.” The authors of both these books conclude with fresh Trump interviews, seaside at Mar-a-Lago. None think the threat of that night will pass anytime soon.