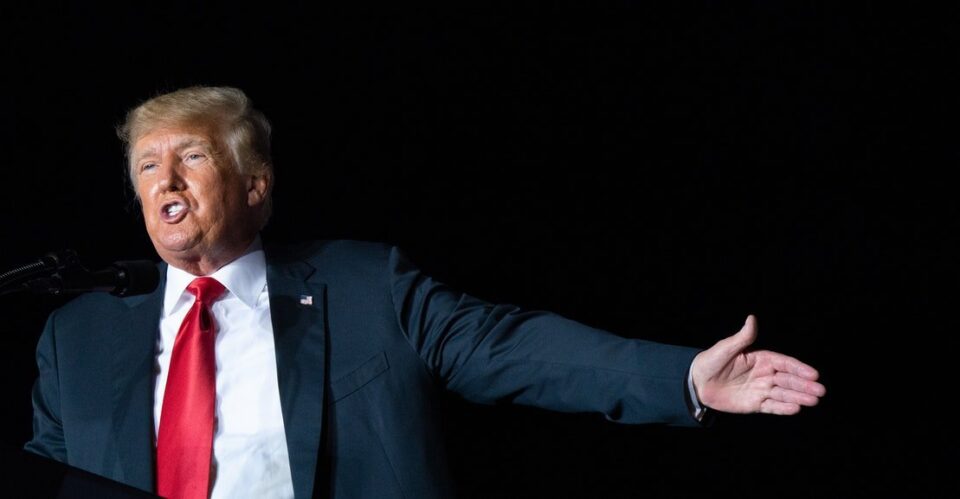 The lawsuit also criticized the Biden administration for giving Congress access to the records, which prompted Trump’s lawsuit in the first place. “Notably, the Biden administration’s waiver of executive privilege is a myopic, political maneuver designed to maintain the support of its political rivals and is not based on any discernible legal principle,” Trump’s lawyers argued, somewhat incoherently. They argued that Biden’s actions were an “unprincipled political accommodation,” which is risible coming from Trump, and “directly contrary to Supreme Court precedent,” even though the Supreme Court has never addressed a former president’s invocation of executive privilege before.

The real coup de grâce comes toward the end of the lawsuit. As I mentioned earlier, the Presidential Records Act gives the final say on invoking executive privilege to a sitting president, not to a former one. All that a former president can ultimately do is delay the process and seek accommodations. In theory, that would bode poorly for Trump’s efforts to block the National Archives from releasing his papers to Congress. But Trump’s lawyers have another trick up their sleeve: getting rid of the PRA altogether.

“If the PRA is read so broadly as to allow an incumbent President unfettered discretion to waive the previous President’s executive privilege, mere months following an administration change, then it would render the act unconstitutional,” Trump’s lawyers concluded. There is no reasoning or explanation for why it would be unconstitutional; it is so declared in their filing as if it were as self-evident as the sun rising in the east. The only case law that’s quoted to support this extreme proposition is from Mazars and Nixon, where the court only blandly noted that executive privilege “safeguards the public interest in candid, confidential deliberations within the executive branch” and “is fundamental to the operation of government.”

Unless there is some section that’s visible only to Trump and his lawyers, the Constitution makes no provisions for “former presidents” or “previous presidents” when describing the nature or limits of executive power. Maybe Trump is hoping that conservative, Congress-averse jurists on the D.C. Circuit Court of Appeals or the Supreme Court will throw him a bone here and read some sort of special status for ex-presidents into the Constitution. Maybe he genuinely believes that some sort of residual imperium is still attached to him, like an abdicated European monarch. In either event, it would be a grim sign for American democracy if the courts agreed.