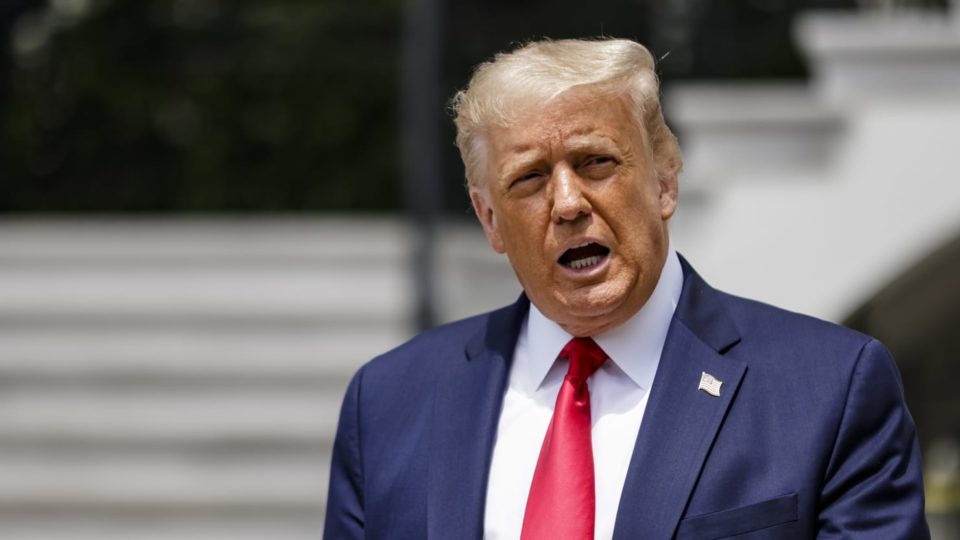 President Donald Trump accused Democratic presidential candidate Joe Biden of “following the radical left agenda,” claiming he would “hurt the Bible, hurt God,” if elected during a speech in Ohio Thursday afternoon. Trump then accused Biden of being “against God,” and appealed to gun owners, claiming the former vice president would take away the Second Amendment. “I don’t think he’s going to do too well in Ohio,” Trump said. In 2015, then-candidate Trump could not name a single Bible verse when asked which was his favorite, claiming it was “very personal.”

Biden spokesman Andrew Bates responded to Trump’s remarks, stating that the former vice president’s faith “is at the core of who he is.” “Donald Trump is the only president in our history to have tear-gassed peaceful Americans and thrown a priest out of his church just so he could profane it—and a Bible—for his own cynical optics,” he said. Trump’s accusations came during remarks in Cleveland ahead of a campaign fundraising event. Trump’s Ohio visit comes as he has lost his grip on states he had had a firm lead in amid the coronavirus pandemic.

Ukrainian who made appearance in Trump impeachment saga accused by U.S. of stealing, laundering billions