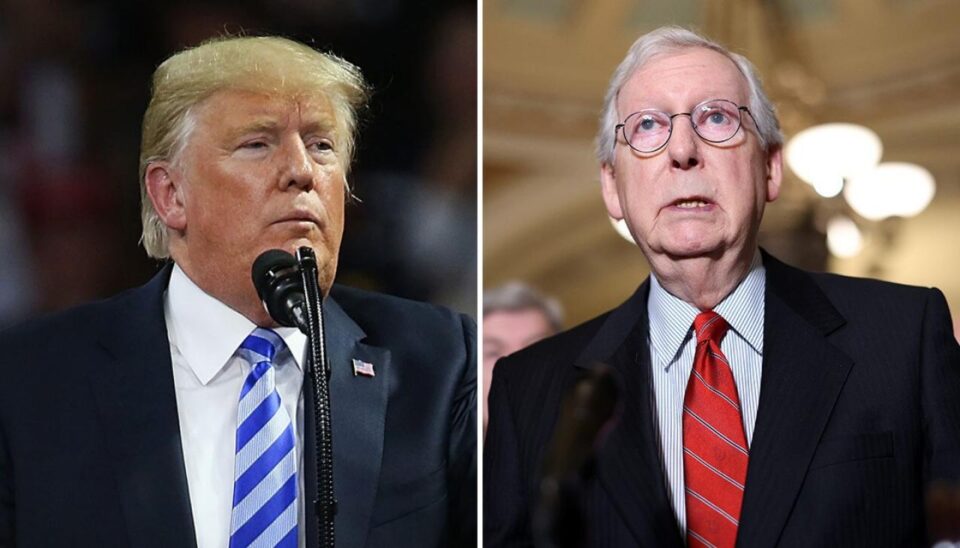 However, McConnell has a long history of aiding and abetting the former reality TV star during his single term as US President.

His loyal support for Trump appears to have mostly ended on January 6 during the insurrectionist attack on the US Capitol that killed five people, injured a further 138 police officers and cost around US$30 million in repairs and resulting security measures.

“Trump is practically and morally responsible for provoking the events of the day,” McConnell said in February.

“The people that stormed this building believed they were acting on the wishes and instructions of their president.”

However, he voted to acquit Trump when he was impeached over the insurrection, just as he had a year earlier when Trump was impeached for abuse of power and obstruction of Congress.

Since then, it’s not known if Trump and McConnell have spoken to one another – but they have spoken about each other.

The former Celebrity Apprentice host has publicly called McConnell a “dumb son of a bitch” and a “stone cold loser”.

“Mitch is a dour, sullen, and unsmiling political hack, and if Republican Senators are going to stay with him, they will not win again,” Trump said in another statement.

Peril, which is released on September 21, is the third book on Trump written by Woodward, following Fear and Rage.

It is described by The Guardian as “meticulously researched” and “a curated narrative of events and people [that] comes with a point of view”.

McConnell was not shocked by Trump’s 2020 loss, said there were ‘so many Maalox moments’ during his presidency: book