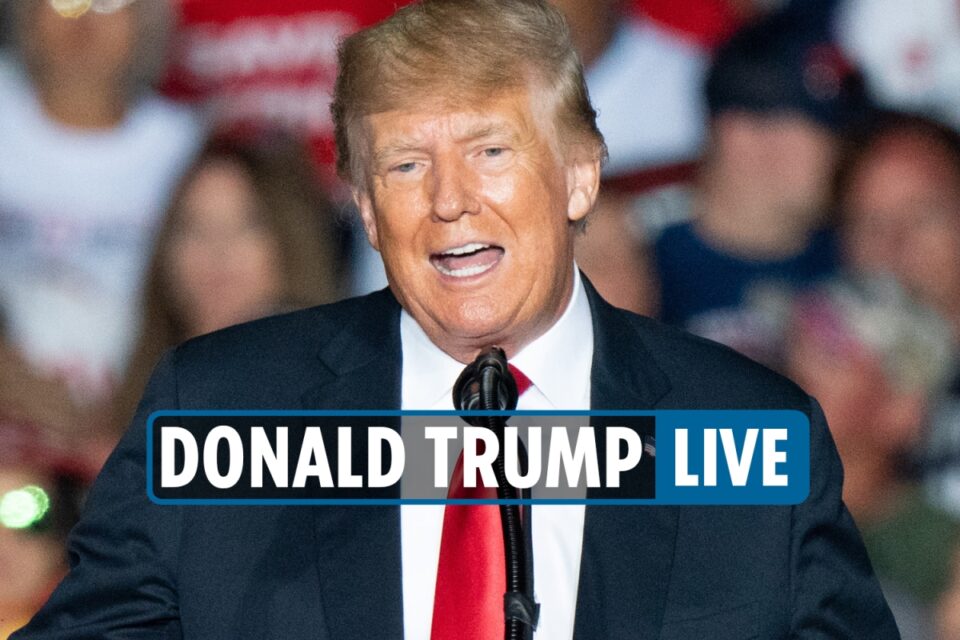 DONALD Trump has filed a lawsuit to keep documents related to the January 6 riot at the Capitol secret, claiming “executive privilege.

The former president filed the lawsuit against the House select committee investigating the riot and the National Archives on Monday in DC District Court, according to CNN.

The suit aims to block the House committee’s investigation from looking into White House records detailing his actions before and during the riot.

It claims the House’s request for documents “are unprecedented in their breadth and scope and are untethered from any legitimate legislative purpose.”

Also on Monday Trump answered questions in an ongoing lawsuit.

Former President Trump reportedly gave a videotaped testimony on a case “brought by protesters about his security team’s efforts to crack down on a protest during the early days of his first presidential campaign in 2015”, according to Fox News.

The protest at the core of the suit took place on September 3, 2015, and was in response to comments Trump made about Mexico and Mexican immigrants.

A number of protesters claim they were assaulted while the demonstration was being broken up, and have sued Trump,  the Trump Organization, his 2016 campaign, and security officials.

The deposition came after comedian Jon Stewart criticized the media coverage of Trump.

“I think we make a mistake focusing this all on Donald Trump, as if he’s Magneto and some incredible supervillain that has changed the very nature and temperature of the U.S.,” Stewart said on CNN.

“He’s just been an effective vessel, but he’s not singing new songs. I think it’s a mistake to focus it all on this one individual.”

Joe Biden, the president who will seek to reconcile Americans and heal open wounds in the Trump era, takes office