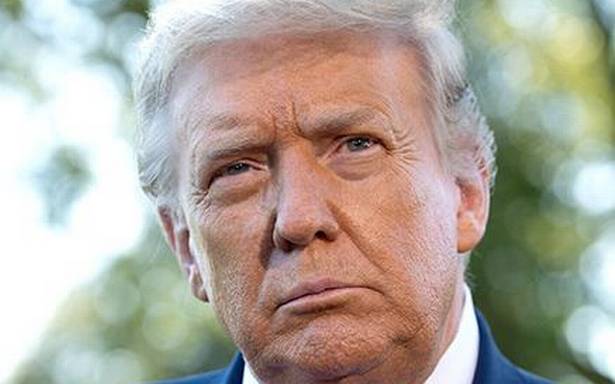 Anthony Gonzalez was one of 10 Republicans who opposed him.

Former U.S. President Donald Trump has signalled he will seek revenge on fellow Republicans who voted to impeach him last month, and he followed through Friday, endorsing an ex-aide against an Ohio congressman.

Mr. Trump threw his “complete and total” support behind Max Miller, a 2020 deputy campaign manager and White House advisor challenging Representative Anthony Gonzalez, one of 10 Republicans who voted to impeach Mr. Trump after the deadly January 6 riot at the U.S. Capitol.

“Max Miller is a wonderful person who did a great job at the White House and will be a fantastic congressman,” Mr. Trump said in a statement.

“Current Rep. Anthony Gonzalez should not be representing the people of the 16th district because he does not represent their interest or their heart,” Mr. Trump added.

It is believed to be the first endorsement Mr. Trump has offered to a challenger of one of the Republicans who voted for his ouster.

“I will never back down and will never betray my constituents,” Mr. Miller, 32, said in a tweet highlighting Mr. Trump’s endorsement.

Mr. Trump was impeached on January 13 but acquitted one month later by the Senate. He has said he aims to play a role in Republican efforts to win back the House in 2022.

You have reached your limit for free articles this month.

Find mobile-friendly version of articles from the day’s newspaper in one easy-to-read list.

Enjoy reading as many articles as you wish without any limitations.

A select list of articles that match your interests and tastes.

Move smoothly between articles as our pages load instantly.

A one-stop-shop for seeing the latest updates, and managing your preferences.

We brief you on the latest and most important developments, three times a day.

*Our Digital Subscription plans do not currently include the e-paper, crossword and print.

A letter from the Editor

Your support for our journalism is invaluable. It’s a support for truth and fairness in journalism. It has helped us keep apace with events and happenings.

The Hindu has always stood for journalism that is in the public interest. At this difficult time, it becomes even more important that we have access to information that has a bearing on our health and well-being, our lives, and livelihoods. As a subscriber, you are not only a beneficiary of our work but also its enabler.

We also reiterate here the promise that our team of reporters, copy editors, fact-checkers, designers, and photographers will deliver quality journalism that stays away from vested interest and political propaganda.

Impeachment Commission to meet in case of Gov. Cuomo