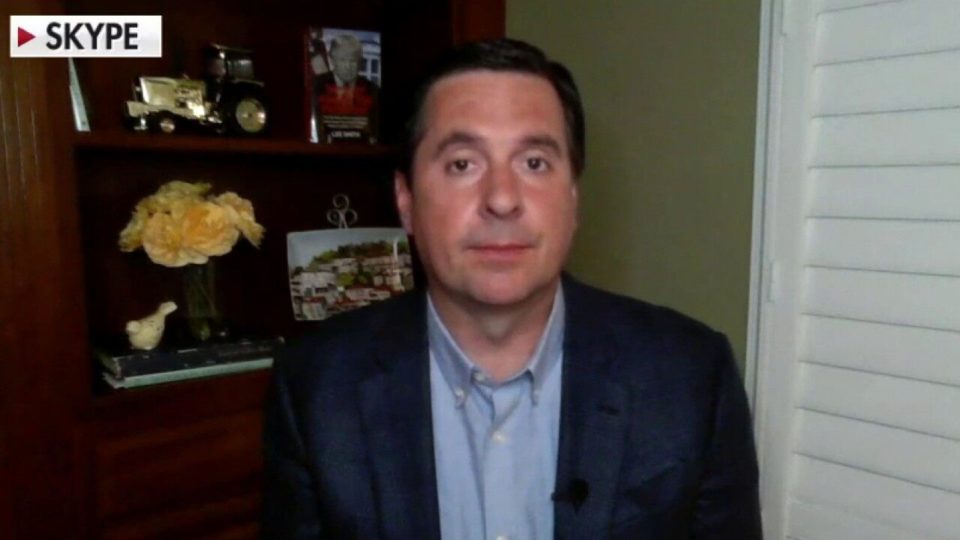 Get all the latest news on coronavirus and more delivered daily to your inbox. Sign up here.

Appearing on “The Ingraham Angle” with host Laura Ingraham, Nunes said that GOP members of the House Intelligence Committee had been running an investigation into China since 2011.

“We were actually the first to announce that we had a 5G problem. We talked about the Huawei and ZTE problems. We continued that all through 2015 and ’16. And then, lo and behold, Donald Trump was elected and we were continuing it into 2017,” he explained. “That’s when the Democrats decided that they wanted to play with like the Russian Nesting Dolls all the time. And, we convened a series of hearings, but the hearings got hijacked and they began to subpoena this Russian agent, that Russian agent, and they blew the whole thing apart.”

Nunes added that while the Republican members did submit a classified report to the Trump administration on threats posed by China last Congress, the Democrats didn’t take it seriously.

“We continued to run our own investigation because the Democrats, you know, they’re too busy playing, I would say Russian Roulette, with the Chinese. They don’t take it seriously,” he remarked.

Nunes said the Democrats’ obsession with Russia was fueled by President Trump’s election, but pointed out that former Secretary of State Hillary Clinton herself had benefited personally and financially from her ties with Russia.

Intersections between the Clintons, the Democratic Party, and Russia carried into the 2016 election.

Glenn Simpson’s Fusion GPS research firm was secretly hired by the Clinton campaign and Democratic Party through their law firm, Perkins Coie, resulting in the infamous dossier suggesting that Trump’s campaign was colluding with Russia to hijack the election.

Just this week, Senate Republicans are touting newly declassified information suggesting Russian disinformation, in two instances, may have been passed to the author of the dossier: retired British intelligence operative Christopher Steele.

“We had warned that Russia was causing some problems at the same time that we were investigating China, but nobody cared about Russia on the Democratic side until Donald Trump was elected,” Nunes remarked.

“And, still to this day none of the media have actually apologized when now it’s pretty clear — which I’ve been saying this for three-and-a-half years — it wasn’t the Trump administration that was attempting to collude with Russians,” he told Ingraham. “It, in fact, was the Democratic Party colluding with Russians.”

“But, you fast forward to today just to talk about the China threat, as the coronavirus was building, you know, we’re busy with impeachment. Right?” he asked. “So, this was just a few months ago, The Democrats are [in] impeachment. They’re doing their walks through the Capitol. They’re giving away pens.”

Democrats, however, have painted a different picture of the timeline leading up to the presence of the virus in the United States.

Although COVID-19 certainly received less media coverage with the impeachment trial at the forefront, Senate Democrats point to 32 other warnings, requests and statements they made seeking action against the virus. More general warnings long pre-dated the trial and came from Republicans and Democrats alike. The administration and Congress had received warnings from both sides of the aisle.

But, the country and the Congress have never been so divided as right now ahead of the election in November.

“You know, it’s really disturbing and we Republicans have been warning about this threat for a very long time,” Nunes concluded. “And, it seems like there should be some bipartisan support for [an investigation] now. But, you know, it’s just not happening right now.”