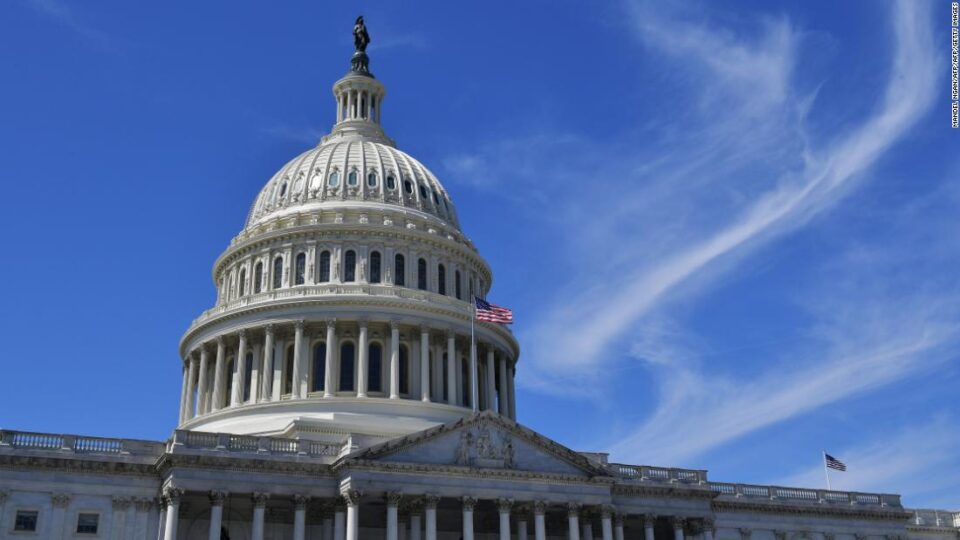 The pivot to the White House’s legislative agenda comes after the first month of Biden’s presidency was often overshadowed by former President Donald Trump’s impeachment trial, both in the public spotlight as well as in the Capitol, with the trial halting any other business being taken up by the Senate while it was ongoing.

Some confirmation hearings were put on hold during the trial earlier this month, and the initial idea of a “bifurcated” Senate that could do two things at once was quickly abandoned because it would have required unanimous support from Republicans. Instead, Senate Democrats implored House impeachment managers to abandon their desire for deposing witnesses since hearing from them could have delayed the trial for weeks.

They’re doing so for the first time in a decade that they control the White House and both chambers of Congress, although they have just a narrow majority in the House and a 50-50 split in the Senate, where Vice President Kamala Harris is the tie-breaking vote.

Still, Senate Majority Leader Chuck Schumer said in a letter to Democratic senators Friday that the Senate would move forward on the Covid relief package after it passes the House, vowing to pass the bill ahead of a March 14 deadline when expanded unemployment benefits are set to expire.

“Make no mistake: the era of Mitch McConnell’s legislative graveyard is over,” Schumer said.

House to take up $1.9 trillion bill this week

The House’s stimulus bill unveiled Friday includes an increase in the federal minimum wage to $15 per hour, $1,400 direct checks for Americans making up to $75,000 per year, an extension of $400 federal unemployment benefits and more money for small businesses struggling in the pandemic.

The House Budget Committee plans to take up the measure on Monday, and the full House is likely to debate and vote on the plan at the end of the week.

Then the legislation will head to the Senate, where Democrats cannot afford to lose any votes unless they can persuade Republicans to sign onto the legislation.

It’s not clear whether there will be much, if any GOP support, however. House Republicans are already mobilizing to oppose the legislation, with House Minority Whip Steve Scalise urging his members to vote against the bill in an email to Republicans Friday.

Biden has conducted outreach to moderate Republicans like Sen. Susan Collins of Maine, but Senate Democrats are preparing to move the legislation through a budget reconciliation process that requires only a simple majority, meaning Republicans cannot filibuster it.

But the reconciliation process also requires that Democrats adhere to a strict set of rules. Democrats must show that every item in their bill has a real budgetary impact that isn’t just an “incidental” effect of a bigger policy change — which is why some have doubted that the minimum wage increase could make it through the process.

The minimum wage has also caused heartburn for Democrats as some moderates in the caucus have signaled they can’t support a relief bill that includes an increase to $15 an hour.

The Senate is also ramping up its confirmation hearings for Biden’s nominees this week, starting with one nominee who’s waited five years for a hearing: Merrick Garland, Biden’s nominee to be attorney general.
Garland was famously former President Barack Obama’s Supreme Court nominee in 2016, when Republicans held open the seat through the presidential election, denying Garland a hearing. Now he’ll finally appear before the Judiciary Committee on Monday as Biden’s pick to lead the Justice Department.

While Garland is expected to attract bipartisan support, his hearing was stalled by a combination of the Senate impeachment trial and a delay in striking the Senate’s 50-50 power-sharing agreement that gave Democrats formal control of the Senate committees.

Senate Judiciary Chairman Dick Durbin, an Illinois Democrat, had hoped to hold Garland’s confirmation hearing on February 8, the day before the impeachment trial started, but former Judiciary Chairman Lindsey Graham, a South Carolina Republican, had denied that request while he still had control of the committee, arguing attorney general nominees typically get two-day hearings, and he would not cut that short because of the pending trial.

A number of other Biden nominees are also appearing before Senate committees this week, including Health and Human Services nominee Xavier Becerra on Tuesday and CIA director nominee William Burns on Wednesday.

That may soon change, however. In addition to what’s expected to be a contentious hearing for Becerra, Biden’s nominee to be the director of the Office of Management and Budget, Neera Tanden, is facing staunch opposition from Republicans over her past criticisms of GOP lawmakers on Twitter. She apologized for the tweets during her confirmation hearings earlier this month.
But on Friday, West Virginia Sen. Joe Manchin, a moderate Democrat, announced he would oppose Tanden’s nomination, saying her “overtly partisan statements will have a toxic and detrimental impact” to the working relationship between Congress and the budget director.

Manchin’s opposition means Tanden will need to find at least one Republican to support her or her confirmation will fail.

Trump’s impeachment is over – now what?

Should Donald Trump be allowed to hold office again? Texas voters are...

Trump blasts GOP lawmakers who voted to impeach: ‘Get rid of them...