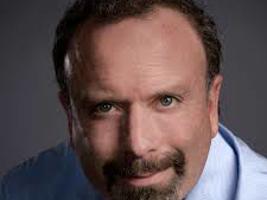 Notorious cutup Mitch McConnell got an early jump on April Fool’s this year, blaming Democrats for the Trump administration’s failure to prepare for the coronavirus pandemic.

“It came up while we were, you know, tied down in the impeachment trial,” the Senate majority leader said Tuesday. “And I think it diverted the attention of the government.”

In addition to implicitly acknowledging President Trump wasn’t paying attention to the growing danger, it was a curious entry into the blame game for the Kentucky Republican, who recently said this isn’t “a time for partisan bickering.”

If anyone was diverted, it was McConnell, who, along with most of his GOP colleagues, again put lockstep defense of the president ahead of the national interest. During the three weeks of the impeachment trial, public-health experts gave stark warnings about the growing biological threat. In that same time, several Senate Democrats (and a few Republicans) urged a more robust mobilization.

You know who said nothing? McConnell.

Other than a routine scheduling announcement about an all-senators briefing Jan. 24, the first time he spoke publicly about the coronavirus in public was Feb. 25, about three weeks after the impeachment trial ended, when he was asked at a news conference whether administration officials are “on the same page when it comes to combating coronavirus.”

McConnell’s answer: “Well, I think Senator Blunt knows more about that than anyone else. Roy, do you want to take another shot at that?”

After the impeachment trial ended and as the coronavirus menace grew, McConnell had the Senate take up two campaign-year abortion bills that had no chance of passage.

It was an echo of the impeachment trial itself. During impeachment, public servants and Democrats warned Trump was putting his political interests (an announced probe of his opponent) above national security (by withholding military aid to an ally in distress) — and Republicans stood by him. Likewise, as the virus spread, public-health officials gave dire warnings, and Democrats urged a more robust response. But Trump put his political interests (stock market gains) ahead of public health (by downplaying the virus danger). And Republicans averted their gaze.

In the middle of the impeachment trial, on Jan. 26, Schumer demanded the administration declare a “public health emergency” over the coronavirus so the Centers for Disease Control and Prevention could access more funds. “Should the outbreak get worse, they’re going to need immediate access to critical federal funds that at present they can’t access,” Schumer said at the time. “We aren’t here to propel panic or stoke fear but to rather keep a good proactive effort by the CDC from going on interrupted.”

A day later, 30 Senate Democrats signed a letter to Health and Human Services Secretary Alex Azar asking if “any additional resources or action by Congress are needed.”

Certainly, the virus got less media attention because of impeachment. And few in either party anticipated the scale of the outbreak here. But Senate Democrats point to 32 other warnings, requests and statements they made seeking action against the virus — all while the Senate impeachment trial was underway. It begins with Sen. Dianne Feinstein, D-Calif., on Jan. 17 releasing a letter to Azar about steps “should this outbreak escalate” and includes several requests to increase preparedness and to reinstate the National Security Council directorate for pandemics Trump had dissolved.

Senate Republicans knew the coronavirus danger. Intelligence Committee Chairman Richard Burr, while saying publicly we were “better prepared than ever,” seems to have been spooked enough about the coming pandemic to sell off stock worth as much as $1.7 million in mid-February and now is under Justice Department investigation. Around the same time, Sen. Ron Johnson (Wisc.), the Republican chairman of the Senate Homeland Security committee, complained administration officials refused to participate in a hearing where he received alarming forecasts about the virus.

But with few exceptions, they didn’t sound the alarm. And so a bad situation turned into catastrophe because of a familiar pathology: a president who repeatedly puts self-interest above the national interest — and political allies in Congress who let him.

Dana Milbank is an op-ed columnist for the Washington Post.

Trump sees limits of presidency in avoiding blame for virus