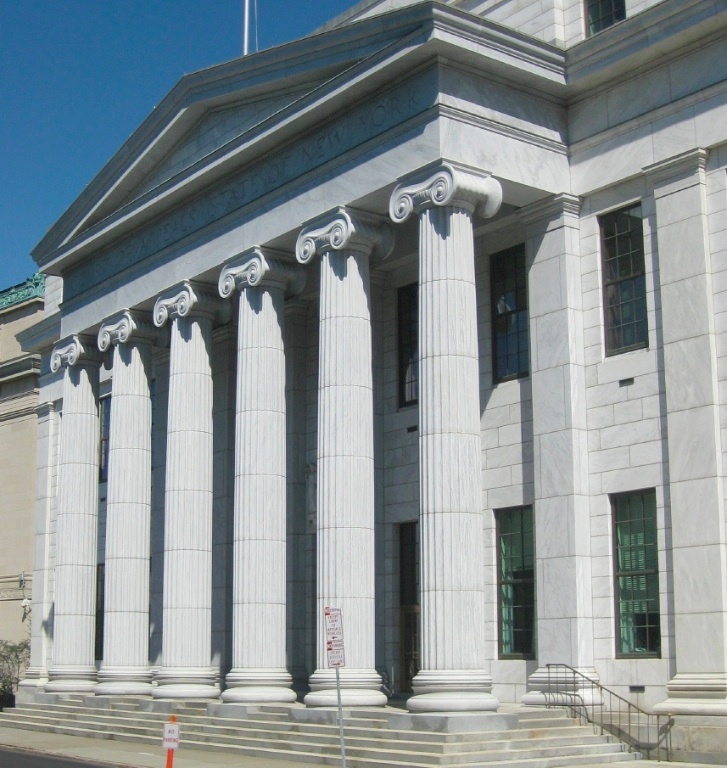 The New York State Senate’s Judiciary Committee held an at times contentious hearing over Governor Andrew Cuomo’s nominees to the state’s highest court. Among the nominees seeking confirmation, Nassau County District Attorney Madeline Singas faced some tough questions from Senators on the left and the right. In the end, Singas and the governor’s other judicial appointees won Senate approval.

Cuomo nominated Singas and Anthony Cannataro, the Administrative Judge in New York City’s Civil Court, to fill vacancies at the state’s Court of Appeals, New York’s highest court. Cannataro, who is openly gay, would replace the late Judge Paul Feinman, who was the first openly gay person to serve on the court.  Singas faced the more intense scrutiny.

Five progressive Democratic Senators, Alessandra Biaggi, Jabari Brisport, Robert Jackson, Gustavo Rivera, and Julia Salazar announced that they would vote against her nomination, saying the court already has too many former prosecutors and needs more public defenders and civil rights lawyers in the wake of racial injustice in the state’s criminal justice system.  They also voiced concern over the DA’s opposition to the legislature’s 2019 bail reform package, and said that she did not press charges against eight Freeport, Long Island police officers who were seen on video punching and kicking an unarmed suspect.

“I cannot in good faith vote in favor of DA Singas’ nomination,” said Senator Alessandra Biaggi, speaking  on the Senate floor. Biaggi said Singas past actions “render her unfit” to serve on the court.

Earlier, in an opening statement to the judiciary committee, Singas highlighted her immigrant background, she is a first-generation American of Greek descent, and her work with sexual abuse survivors, and advocacy for crime victims, and troubled youths.  She acknowledged, though,  the unease that many in Black and Brown communities feel about the criminal justice system.

“I know there is a crisis of confidence in our government and in our justice system,” Singas told the committee. She said she’s made efforts during her time as DA to build “trust”.

Senate Judiciary Committee Chair Brad Hoylman asked Singas about the criticism that as a prosecutor, she might side against criminal defendants in issuing decisions.

“What are your thoughts about the court having another judge whose legal experience is primarily rooted in criminal prosecution?” Hoylman asked.

Singas says she could put her former role aside and be an impartial judge.

“The moment I take my oath, if I am fortunate enough to do so, as a judge for the Court of Appeals I shed my prosecutor role,” Singas signals said. “I put on the robe and I take off that hat, and it stays off.”

Meanwhile, Republicans in the Senate object to Cuomo’s nominees for a different reason. The governor faces a number of scandals, including allegations of sexual harassment, hiding the true number of nursing home residents who died in the COVID-19 pandemic, and using staff to help him write and edit a memoir for which he was paid over $5 million dollars. Cuomo has denied all of the allegations.

The State Assembly is conducting an impeachment inquiry. If they decide there’s enough evidence to impeach the governor, then a trial would take place in the State Senate with Senators and Court of Appeals judges acting as jurors.

Senate GOP Leader Robert Ortt says the two nominees could potentially sit in judgment of the governor who chose them for their jobs.

“The governor might be appointing would-be jurors, if you have an impeachment trial,” Ortt said.

At the committee meeting, ranking republican, Senator Phil Boyle, asked Singas about that.

“If you could feel you could be impartial to sitting as a juror, because the New York State Constitution says you will be one, with person who has nominated you,” Boyle said. “How do you feel about that?”

Singas replied that she would not be influenced by that. “I have always acted independently,” she said.

Boyle, who is also from Nassau County, supports Singas’ nomination.

Senator Boyle also asked Judge Cannataro if he could serve as an unbiased juror in a potential impeachment trial. Cannataro says he could.

“In my years on the bench, I have made it a point of pride of being an independent jurist,” Cannataro said. “I do not welcome or seek outside input into my decision-making.”

Republican Senator Sue Serino introduced bills to amend the State Constitution to prohibit a Governor’s appointees from serving as jurors in any potential impeachment trial,   and to prevent any Governor who is the subject of an impeachment investigation to fill vacancies on the court.

So far, the measures do not have support among Democrats.