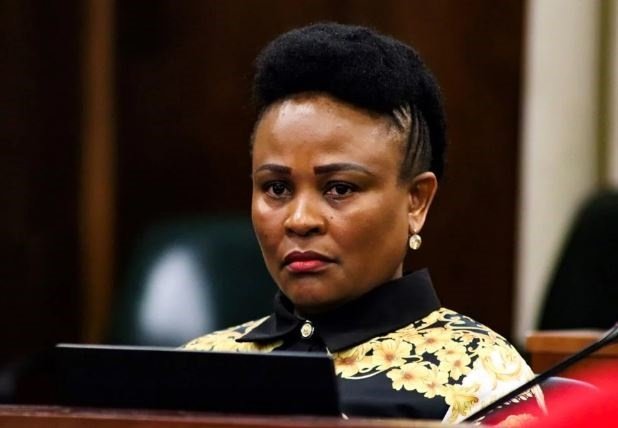 Public Protector Busisiwe Mkwhebane’s application to have the National Assembly’s rules for removing a Chapter 9 Institution head declared unconstitutional has been dismissed by the Western Cape High Court.

The ruling did, however, have some relief for Mkwhebane. Judges Elizabeth Baartman, Lister Nuku and Mokgoatji Dolamo ruled that the rules are amended to allow a Chapter 9 head legal representation when appearing before a Section 194 committee – the committee that handles the impeachment proceedings.

The Section 194 committee met on Wednesday, where it decided to adopt a provisional programme, which is still subject to change. It is expected to finish its work in mid-January, more than two years after a motion for Mkhwebane’s removal was first lodged with Parliament. According to this programme, it will have hearings through most of October, with two days set aside to engage with Mkhwebane.

If the committee recommends Mkhwebane’s removal, the support of a two-thirds majority is needed to enforce the recommendation. The committee also heard from Parliament’s legal services, which outlined three ways in which the committee could conduct its business.

The committee decided to follow a hybrid approach, where MPs lead the process, but with added external forensic support to assist the committee in unpacking the evidence. In this hybrid scenario, the external support’s role will be more limited than compared to an evidence leader.

The exact role of the support will need to be determined by the committee. For example, such a resource may provide a summary to the committee on each charge and the related evidence, identify issues that require further probing and assist with the formulation of questions. Members will retain the lead and will be actively involved.

The committee also decided to adopt a narrow scope, meaning its work will be limited to the motion the National Assembly adopted in March, and not include conduct that does not relate to those charges.

The National Assembly adopted rules for the removal of a Chapter 9 head in December 2019. Days later, DA chief whip Natasha Mazzone lodged her first motion with National Assembly Speaker Thandi Modise. In February, Mazzone withdrew this motion and lodged another, with more substantiation.

The process was hamstrung when Parliament had to deal with the Covid-19 pandemic.