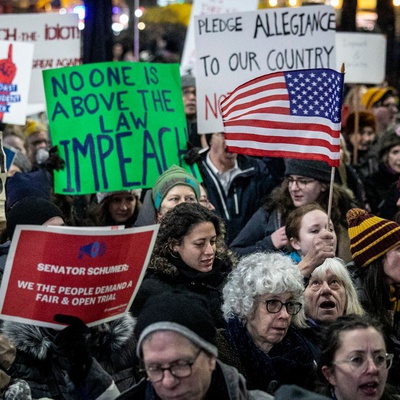 Earlier this week, a district court dismissed a federal employee union’s lawsuit that claimed the Office of Special Counsel’s guidance on using the terms “impeachment” and “resist” at work violated free speech protections and was a misinterpretation of the Hatch Act.

Last August, the American Federation of Government Employees filed a complaint in the U.S. District Court for the District of Maryland arguing that OSC does not have the authority to determine what is and isn’t a violation of the Hatch Act, which limits federal employees’ political activity while on the job. The union asked the court to seek an injunction against enforcement of OSC’s 2018 guidance. After almost a year, the court found on Monday it doesn’t have the jurisdiction to rule on the plaintiffs’ claims because they are not “ripe for judicial review.” This means they haven’t developed into a current, significant controversy that would call for judicial action.

“I am pleased the court dismissed this lawsuit,” said Special Counsel Henry Kerner, in a statement on Wednesday. “For the Hatch Act to serve the purpose of protecting the civil service system, it is incumbent on OSC’s career Hatch Act attorneys to provide timely and relevant information to federal employees about how they can stay in compliance with the law. By dismissing this lawsuit, the court preserves OSC’s important advisory role.”

AFGE National President Everett Kelley told Government Executive on Wednesday afternoon that the union is still reviewing the opinion and its options. “The decision is an obvious disappointment,” he said. “The court’s opinion does not give sufficient consideration to the profound chilling effect that OSC’s guidance has on the First Amendment rights of federal employees. We look forward to providing a more comprehensive statement once we have completed our evaluation.”

In November 2018, OSC issued guidance to federal workers that cautioned against using the terms “resistance” and “impeachment.” The guidance said, “‘Resistance,’ ‘#resist’ and similar terms have become inextricably linked with the electoral success (or failure) of the president,” so statements with those terms in relation to the president represent political activity that violates the Hatch Act. Additionally, “Assuming that disqualification from holding federal office would bar an individual from serving as president, any advocacy for or against an effort to impeach a candidate is squarely within the definition of political activity for purposes of the Hatch Act,” the guidance stated.

Following much uproar from former government officials, nonprofits and unions, OSC issued a revised version of the guidance three days later that stated none of these restrictions apply to federal employees when they are off-duty. However, the national union, which represents about 700,000 federal and D.C. government workers, still challenged the guidance because union officials believed it could be misused and wanted to protect federal employees from political retribution while at work.

Heather White, partner at the Federal Practice Group who specializes in federal sector employment litigation, said the court’s decision may leave federal employees with questions. “The court’s failure to address the question leaves federal employees without concrete guidance about discussing impeachment and other opinions at odds with the current administration,” she told Government Executive. Federal employees “can definitely use the language approved by the OSC advisory opinion, [but] the opinion cannot by itself serve as the basis for a violation since it is not binding on the [Merit Systems Protection Board],” the quasi-judicial, independent agency.

Since the guidance was issued, President Trump was, in fact, impeached by the House, but acquitted by the Senate. This was after a whistleblower reported the president asked Ukrainian President Volodymyr Zelensky “to do us a favor” by investigating a 2020 political rival on a July 2019 phone call. A December 2019 survey conducted by the Government Business Council, the research arm of Government Executive, found that 53% of federal employees supported impeaching the president and about a third said the impeachment process affected morale at their agencies.