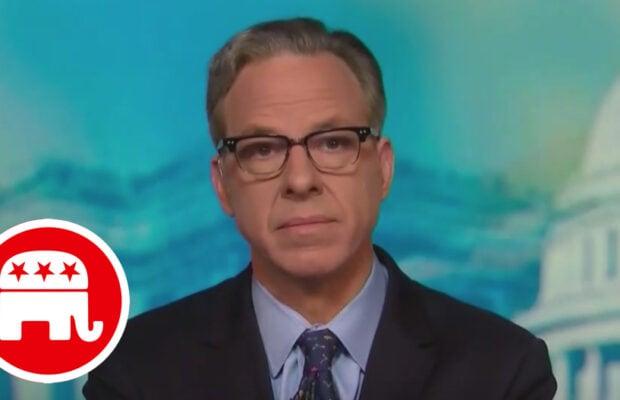 “Too many leaders of the GOP are just all in on pure nonsense,” Tapper says

On Sunday’s “State of the Union,” Tapper came loaded with examples of “downright falsehoods, lies, inventions” perpetrated by the GOP just in the last week. First on his list, House Republican leader Kevin McCarthy “pushing the lie about Biden as Hamburgler,” a GOP invention that President Biden’s climate plan would limit Americans to one hamburger a month.

“I would like to imagine a House Republican leader who didn’t find it so easy to lie to the American people, but too many leaders of the GOP are just all in on pure nonsense,” Tapper said.

Elected Republicans who have spoken out about the party’s habit of spreading inaccurate, misleading or outright lies, have paid a price with the base. Case in point, Rep. Liz Cheney, who holds the third-highest position in the House Republican leadership and was one of the 10 House Republicans who voted to impeach Trump following the deadly Jan. 6 Capitol riot. Many GOP lawmakers have since called for her to be removed as conference chair, and the Wyoming Republican Party voted to censure her.

And Saturday, Sen. Mitt Romney, who was one of seven Republicans who voted to convict Trump at his February impeachment trial was booed at the Utah GOP convention. A motion to censure him failed.

“The Republican party and its media does not punish those who spread bad medical advice or lies. In fact, quite the opposite,” Tapper said. “Telling the truth as a Republican official can be hazardous to your political health.”

He concluded: “It’s my opinion that the United States needs a healthy, thriving, fact-based Republican party. It is difficult to look at these events — all of them just from the last week — and conclude that we have one.”