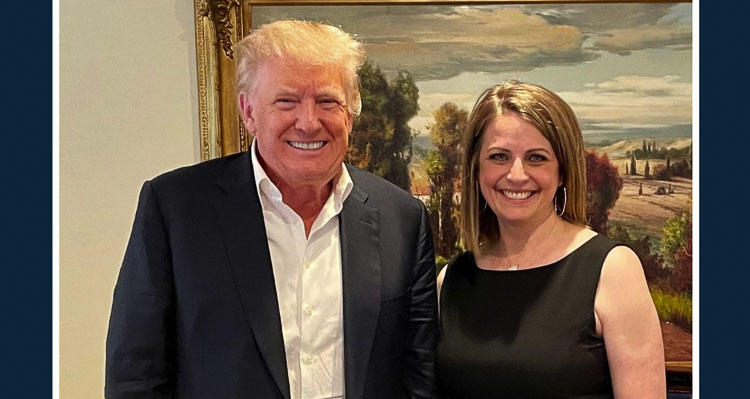 The challengers to Jaime Herrera Beutler for the Third Congressional District seat in the U.S. House of Representatives continue to align themselves with former President Donald Trump in their effort to defeat the six-term Republican congresswoman.

Heidi St. John, Joe Kent and Wadi Yakhour, all Republicans, each cited Herrera Beutler’s vote to impeach then-President Trump in January when they initially announced their decision to enter the campaign.

St. John’s campaign released news Thursday about a private meeting she had with Trump this week.

“It was the honor of a lifetime to have a private meeting with President Trump yesterday,’’ St. John said in the statement. “He is as warm in person as you could imagine — sharp, engaging and charismatic. What a privilege it was to speak with him. His passion for this country and our district has not waned.

“He took almost an hour and heard my concerns about what is happening in SW Washington,’’ St. John stated. “He remains committed to the fight for freedom in the United States and in our district in particular. He is not done fighting for this country and I am prepared to continue this fight. I am excited and looking forward to our next visit.’’

St. John reiterated that she is aligned with Trump’s agenda.

“President Trump’s agenda was the right agenda for America: protecting children in the womb; giving parents control in their child’s education; protecting our country’s border; establishing fair trade practice and business protection that benefits our district and protects our jobs,’’ St. John said.

“Like the President, I love this amazing country, especially Southwest Washington State, where I have lived and served my community for nearly 20 years,’’ St. John stated. “I know this district and I will be a powerful voice for the things you care about.”