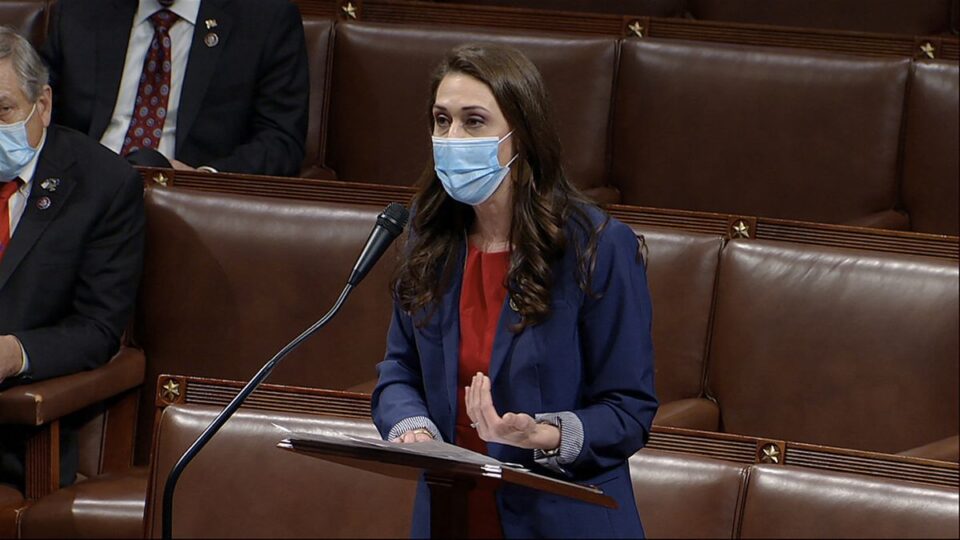 Then, she voted to impeach President Donald Trump in January. Two weeks after that, she nearly testified in the U.S. Senate trial to corroborate a phone call as evidence of Trump’s role in the Jan. 6 riots.

Last week, he and two other Republicans became first to join the race to unseat Herrera Beutler from representing Washington’s 3rd District. The district covers seven counties in the southwest corner of the state, and touches an eighth.

While the primaries are at least a year-and-a-half away, the early candidates view the wait as a long runway to build campaigns against the six-term congresswoman.

“There’s a lot of work to do, that’s why we have to start as early as possible,” said Wadi Yakhour, a 35-year-old former staffer at the U.S. Selective Service, who filed to run last week. “We have a lot of doors to knock and a lot of money to raise.”

“It’s about knocking her out of that seat,” he later added.

While Herrera Beutler has seen early challengers before, the current slate is unique in that they are Republicans. Since she first won in 2010, only three other candidates from the Republican Party have challenged Herrra Beutler seriously enough to raise funds: one in 2014 and two in 2018.

The challenge now isn’t unexpected. Since January, the gulf has widened between Southwest Washington’s congressional representative and Trump supporters within the district. County-level Republican groups say many conservatives are furious.

In interviews, Kent and Yahkour agreed. Both voted for Herrera Beutler in 2020, yet felt she never embraced the “Make America Great Again” drumbeat of Trump’s term. The congresswoman said she didn’t vote for him in 2016. She did support his reelection in 2020, saying his policies benefitted her district’s economies.

But her impeachment vote, the candidates said, was the final straw. They pointed to other times she broke with the party, such as in 2017, when she voted against Trump’s attempt to repeal the Affordable Care Act.

“It’s not just about her impeaching,” said Yakhour, a former U.S. Navy veteran, “you don’t really know where she’s going to stand on votes.”

A third candidate, Heidi St. John, filed on Friday, federal election records show. A staffer said the campaign isn’t a referendum on Herrera Beutler, but St. John was galvanized by events after the November election.

“Obviously, the things that have happened in the last four months have further grown the passion for her to be involved in the future of our country,” said deputy campaign manager Melissa Crabtree.

The ample interest in unseating Herrera Beutler also has the potential to invigorate long-simmering disagreements between different factions of the Republican Party in Southwest Washington.

For example, Yakhour spent the last three years working closely with former state Sen. Don Benton, who has long been a conservative firebrand in Washington politics. After Benton led Trump’s campaign efforts in Washington state in 2016, Trump ultimately appointed him to lead the U.S. Selective Service.

Benton, Yakhour said, tried to dissuade him from running, advising that campaigns are tough fights. Nonetheless, Yakhour noted that Benton may possibly join his campaign later.

To him, the party’s social issue conservatives need to unite against “establishment Republicans.”

“This is about unity. We need to unify the Republican party and the Republican voters, in general, in Washington state, who have been kicked in the teeth the last four years by their own party,” he said. “I’d like to cut some fat off the Republican Party.”

Kent, a former Green Beret and CIA employee who resigned after his wife died in 2019, said he similarly felt Herrera Beutler’s vote drove too much of a wedge.

He said he agrees with her on some issues, such as reviving manufacturing and timber jobs that once dominated the region. But, he said, she didn’t go as far as Trump on foreign policy. He said his career soured him on foreign intervention, but, like Trump, he still wanted to see a large defense budget.

“She does a good job of speaking out when it’s good for her, but she has shown Democrats she can be manipulated by them,” he said.

Both candidates expressed doubt about the last election results. Disbelief in the validity of the election, which was upheld in numerous court rulings and certified by the states, fueled the Jan. 6 U.S. Capitol rioting and, ultimately, Trump’s second impeachment.

Kent said his two decades of military duty led him to view Biden as president and commander-in-chief. Yet, he said, he believes voter fraud exists that hasn’t been adjudicated, despite attorneys for the former president repeatedly failing to prove in court that any such widespread fraud happened in 2020.

Yakhour, who said he was in Wisconsin during the election, stopped short of calling Biden’s election fraudulent. He said doing so would have him labelled a QAnon supporter. Instead, he blamed Republicans for not putting up more of a fight over mail-in voting, which has been used in Washington since the 1990s without any evidence of notable voter fraud.

“If the establishment Republicans acted the way they should have, we would still have President Trump today,” Yakhour said.

Herrera Beutler has supported inquiries into the 2020 election results, but voted to certify the Electoral College because, she said, it was the states’ responsibilities to challenge irregularities in their own jurisdictions.

A spokesperson for Herrera Beutler’s campaign said the congresswoman wasn’t concerned with the challengers.

“Jaime’s approach to her job hasn’t changed, she’s focused on solving problems and improving life for Southwest Washington residents,” her office said in a statement.

Anti-Trump Republicans are facing punishment back home. But don’t call it a...

How possible Ravsnborg impeachment by the legislature would look – KELOLAND.com