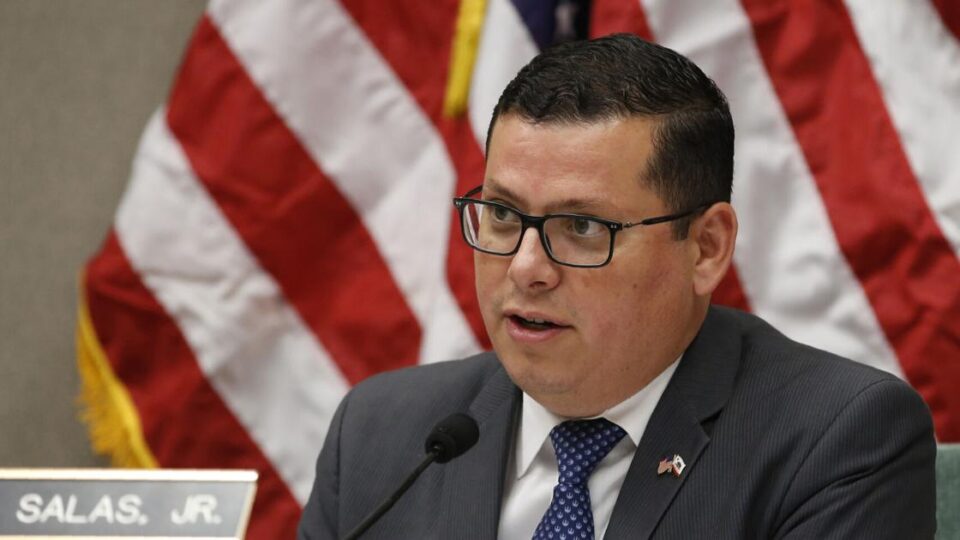 Valadao campaign spokesman Andrew Renteria declined to comment on Salas’ entry into the race, saying the congressman is concentrating on his work for constituents and “isn’t focused on politics.”

The district is politically quirky. Democrats hold a commanding edge in voter registration – 43% compared with 27% for Republicans. But the Republican Valadao held the seat from 2013 until January 2019, after he was defeated by Democrat TJ Cox. Valadao then recaptured the seat in rematch with Cox in 2020.

Salas is considered a moderate, though Republicans immediately attacked him as out of step with the district. “The last thing the Central Valley needs is another tax-raising, liberal politician,” said Torunn Sinclair, a spokeswoman for the National Republican Congressional Committee.

Despite the lopsided Democratic registration edge, Valadao has proven durable, in part by highlighting a bipartisan streak. Democrat Joe Biden carried the district over then-President Donald Trump by 11 points in the 2020 presidential election.

Valadao was never a Trump loyalist, and the former president’s continued influence over the GOP could prove tricky for the congressman, who is one of a handful of Republicans remaining in the House who backed Trump’s impeachment.

Valadao didn’t support then-candidate Trump in 2016, but he then backed his reelection four years later. However, Valadao would break with Trump’s White House at times, including criticizing the administration for family separations at the border. He ran in 2020 as “an independent problem solver” and in one ad highlighted his work with former President Barack Obama on water issues critical the farm-belt region.