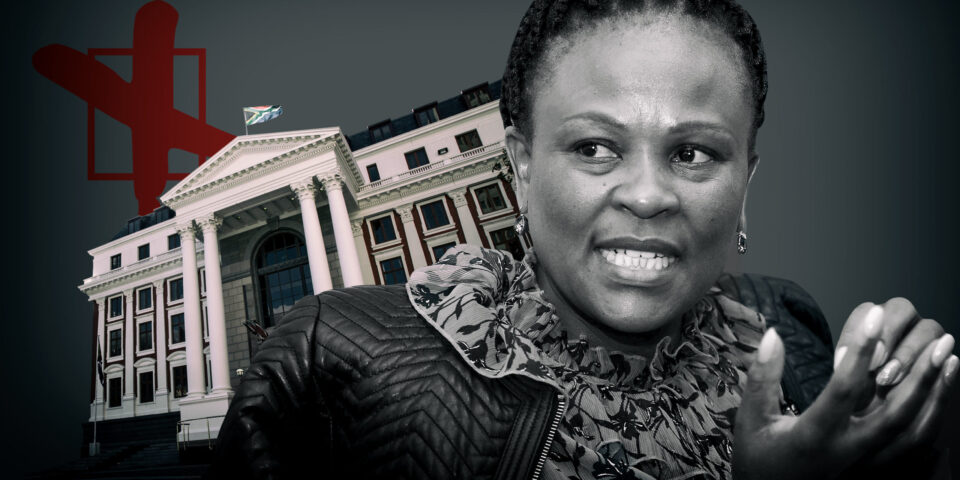 The parliamentary committee that will decide Public Protector Busisiwe Mkhwebane’s fate is unusually representative – a signal that this inquiry is regarded as a serious test for parliamentary oversight.

It is a senior and serious showing. It remains to be seen how the reliance on committee chairpersons who have their own programmes heavy with legislation and oversight may affect the Section 194 inquiry committee.

The opposition also put a strong foot forward, even if for the DA it was somewhat tricky. Mkhwebane has made much of DA bias against her in correspondence to Speaker Thandi Modise, but also in court during the ultimately unsuccessful bid to interdict the impeachment inquiry while also pursuing litigation against DA MP Glynnis Breytenbach for describing her a spy.

The DA had called for an inquiry as far back as 2017, but it was the motion by DA Chief Whip Natasha Mazzone in January 2020 that kickstarted this inquiry.

Ultimately, the choice for voting members fell on DA MPs Annelie Lotriet, an experienced parliamentarian currently serving in the ad hoc committee on amending Section 25 of the Constitution, and Leon Schreiber from the public service and administration committee.

EFF leader Julius Malema represents the party that publicly came out in support of Mkhwebane. The Freedom Front Plus has sent its chief whip, Corné Mulder, a veteran parliamentarian. The IFP has deployed Zandile Majozi.

The names were published in the Announcements, Tablings and Committee Reports (ATC) on Wednesday, seven days after the 31 March deadline for political parties to submit the names of who would represent them. It was the only entry under “Speaker”, simply stating: “The following members have been nominated to serve on the Committee for Section 194 Enquiry…”

And while the ANC dominates on the back of the numbers in the House, it is an unusually representative committee – a signal that this Public Protector inquiry is regarded as a serious test for parliamentary oversight.

The 26 Section 194 inquiry committee MPs represent each of the 14 political parties represented in Parliament, according to a statement by Parliament issued late on Wednesday.

No date is yet set for the MPs to meet and firstly elect their chairperson. Until early May Parliament is in recess and constituency period, but, in these days of Zoom, being in different parts of South Africa is not an obstacle to a committee meeting.

A further indication of how seriously Parliament is treating this unprecedented inquiry may arise from how quickly it happens.

It’s not a short process – all in all, there are 17 steps in the officially named parliamentary rule, Removal of Office Bearers in Institutions Supporting Constitutional Democracy.

Wednesday’s publication of names to serve on the impeachment inquiry follows the House on 16 March adopting the recommendation that the Public Protector had a case to answer for misconduct and “sustained incompetence” made by an independent panel of experts chaired by retired Constitutional Court Judge Bess Nkabinde.

The process has been steeped in politics so far, and is set to continue to be. But all this also unfolds against how the March 2016 Nkandla Constitutional Court judgment found Parliament had acted “inconsistent with the Constitution” when it absolved then-president Jacob Zuma from paying anything for identified non-security upgrades at his Nkandla homestead, like the cattle kraal, chicken run, amphitheatre and swimming pool, in contravention of the then Public Protector Thuli Madonsela’s remedial action.

On 4 March 2021, when the parliamentary programming committee meeting discussed scheduling the independent expert panel’s recommendation that Mkhwebane had a case to answer, Modise emphasised the gravity of this impeachment inquiry.

“It will be a very sad day, though, I must say it upfront, that with the report all you party leaders have in your hands, would be putting democracy to shame. We owe it to the country, to the institution [Parliament], to the individual involved to go through a process, in the end, we can all live with.”

Modise called for Parliament not to be clumsy or overhasty, or to drag its feet. “We want to be fair. We want to be punctual.”

And given the EFF’s promised court action, but also the importance for Parliament to do and be seen to do oversight, the pressure remains to ensure all’s done fairly and above board as the process, including public hearings that will hear from Mkhwebane, unfolds in the coming weeks and months. DM

Pelosi felt ‘liberated’ after ripping up Trump’s 2020 State of the Union...