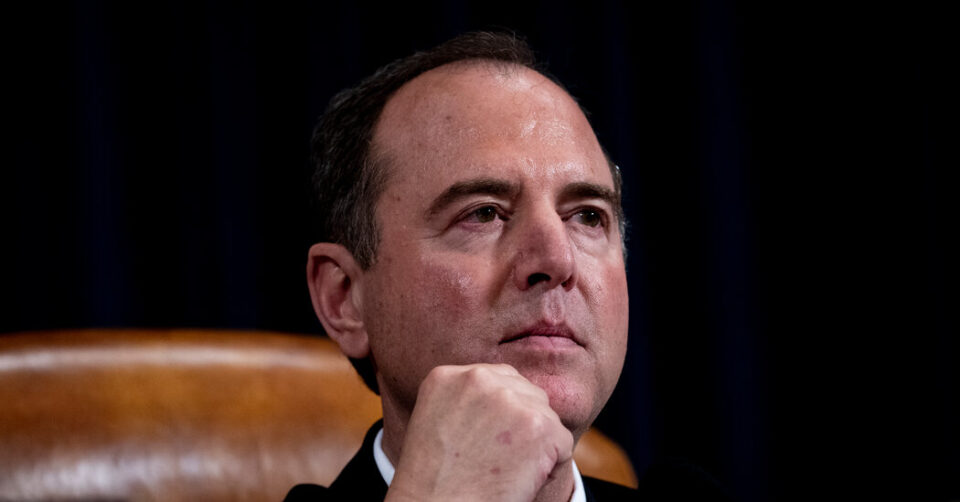 Just as vivid, if certainly one-sided, are Schiff’s vignettes about his Republican colleagues on the Intelligence Committee. Revealing conversations and text messages, he portrays them as reasonably good-faith actors at the outset of Trump’s tenure before becoming foot soldiers for the White House. These are names only the most committed political follower will recognize — Devin Nunes, Trey Gowdy, Michael Conaway — but in some ways their stories are more telling, and certainly fresher, than one more account of Trump raging in the Oval Office.

After Schiff was told that Gowdy, a now-retired South Carolinian, was uneasy about holding public hearings into connections between Trump’s 2016 campaign and Russia, Schiff tracked down his colleague in the Republican cloak room. In Schiff’s telling, Gowdy confessed that the real reason for his reluctance was that Republican lawmakers felt the then-F.B.I. director James Comey’s recent public testimony, acknowledging a federal investigation into Trump’s campaign, had been “an unmitigated disaster.”

“Now things began to make a perverse sense,” Schiff writes, adding: “The hearing was a disaster in their eyes precisely because the public learned Trump campaign officials were under investigation, and that was evidently a fact that some of the Republican members of our committee would have preferred to remain secret.” This and similar realizations left Schiff in a state of near-despair about the opposition, although he had had congenial relationships with many of them through his career in Congress.

For example, he once got along well with Nunes, a fellow Californian: The two would text about their favorite N.F.L. team, the Raiders. They both served on the House Intelligence Committee when Republicans were in the majority during the Obama years, and Nunes, Schiff writes, was “in the mold of a country club Republican.” Recounting Nunes’s transition to loyal MAGA man in the first year of Trump’s presidency, however, Schiff offers little by way of explanation. The only apparent attempt Schiff made to get through to Nunes resulted in his Republican colleague acting like something of a zombie. “He stared back at me impassively,” Schiff says.

Schiff writes thoughtfully in the first chapters about the appeal of populist demagogues overseas, and how it could happen here, but he is less eager to delve too deeply into why Republican lawmakers fell into a Trump trance. Perhaps as a serving congressman, he senses political danger in pointing a finger at Republican voters who have made their party a personality cult.

This suggests one reason that, as a genre, books by active politicians are typically not very edifying. Self-serving and less than candid about those they’ll need to further their careers — be they donors, voters or colleagues — the authors usually produce accounts that are closer to extended political pamphlets than works of history. Schiff’s is better than most, offering valuable contributions to the historical record. However, he’s still constrained by his present position and future ambitions.

He muffles even mild criticism of Democratic lawmakers, though he’s clearly tempted to let loose as he alludes to those who, unlike him, have never faced a contested race. “Listening to the debates among my colleagues in Congress from time to time, I wished that all of them had run in a competitive general election just once,” he writes. Please, Mr. Schiff, go on.

Perhaps he will when he retires.