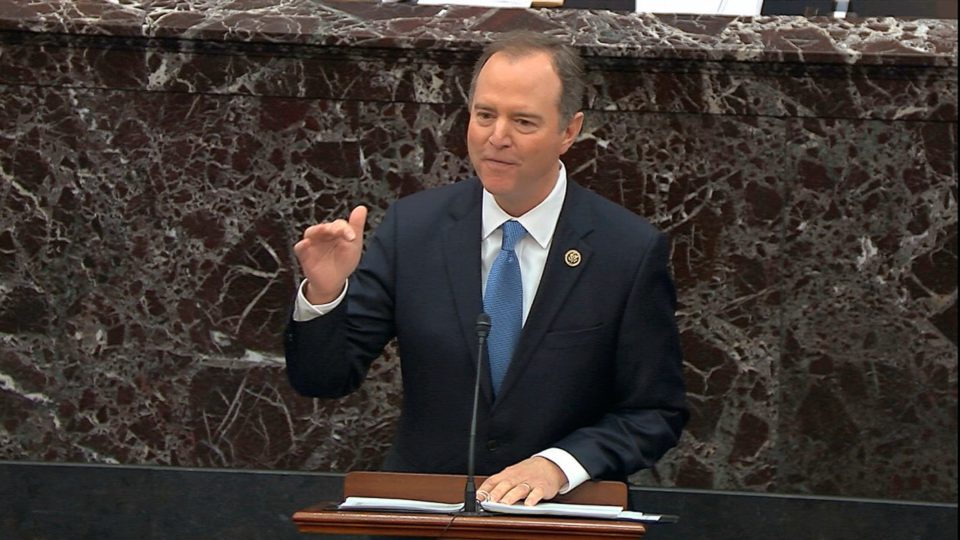 Susan Page, who sat down with John Bolton for the first print interview for his new book, “The Room Where it Happened”, talks about what we learned.

Bolton provides new evidence that Trump flagrantly abused power and confirms our central impeachment charge that he put his interests above America’s.

Last week, we witnessed the reemergence of John Bolton, the president’s former national security adviser, and the release of his book. In it, Bolton describes his personal experiences with Donald Trump and his great alarm at Trump’s incompetence, his dangerous subordination of our national security to his own personal interests, and his fundamental indecency.

In short, Bolton is telling Americans what we already know. That the president is exactly what he appears to be: petty, self-serving, ignorant and utterly supplicant to autocrats in China, Turkey, North Korea and Russia.

We proved during the impeachment trial that Trump withheld hundreds of millions in military aid to Ukraine to coerce that country into announcing a sham investigation of his political rival. Bolton confirms our case and provides additional evidence of that flagrant abuse of power by providing a firsthand account of how Trump confirmed this illicit quid pro quo during a conversation they had. Moreover, Bolton also corroborates the testimony of Gordon Sondland, the former U.S. ambassador to the European Union who testified that “everyone was in the loop.” Indeed they were, including the secretary of State, the Defense secretary and Attorney General Bill Barr.

But Bolton does more than just confirm the impeachment charges. During the trial, I raised a hypothetical question about China intervening in our election and whether Trump would resist such interference — or offer China a better trade deal, instead. As it turns out, this was no hypothetical. Bolton details how Trump sought reelection help from China, at one point begging China’s President Xi Jinping for assistance and apparently offering trade concessions to get it.

According to Bolton, Trump also undermined the values of our country by telling Xi that not only was it appropriate for the Chinese leader to imprison millions of Uighurs in detention camps, but also that it was the right thing to do. This is a stunning betrayal of everything America stands for and can only be understood in the context of Trump’s desperation to secure China’s help for his reelection.

No wonder, too, that while a new virus was threatening the health of our citizens, President Trump continued singing China’s praises while knowing that China was concealing important information about the virus’ spread. 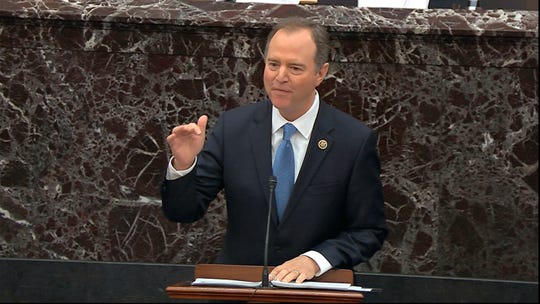 Most damning, though, is Bolton’s confirmation of our central charge during Trump’s impeachment — that the country could not trust Donald Trump to do what’s right for the United States but only what was right for Donald Trump. As Bolton wrote: “I am hard-pressed to identify any significant Trump decision during my tenure that wasn’t driven by reelection calculations.”

Given his damning portrait of a dangerously out-of-control U.S. president, and the astonishing degree to which Bolton possessed evidence directly relevant to our impeachment investigation, what are we to make of Bolton’s decision to withhold this information until he could profit from it? Only this, that John Bolton is no patriot. To the same extent and in the same degree in which he condemns Trump, Bolton indicts himself for putting profit above patriotism.

Thankfully, there were true patriots on Bolton’s staff and elsewhere in the government that told Congress what they knew when asked by the House to testify about Trump’s corrupt scheme. They did the right thing, sometimes at significant personal and professional cost. Army Lt. Col. Alexander Vindman has faced a retaliatory firing from the National Security Council and now could be denied a promotion because he told the truth. Because in his indelible words, “This is America. … And here, right matters.”

Cowardice instead of courage

Bolton had his opportunity to join Vindman, Fiona Hill, Tim Morrison, Marie Yovanovitch, Bill Taylor and many others who displayed great courage in testifying. But he refused. Repeatedly.

And though it feels like a lifetime ago, it was hardly five months ago thatI asked the Senate this rhetorical question about Trump — “How much damage can he do between now and the next election? A lot. A lot of damage.”

None of the above: Bolton has a habit of toppling leaders but having no replacement in mind

Over 125,000 Americans are now dead from COVID-19. Tens of millions are unemployed. During a time of national reckoning over systemic racism, Trump does nothing but sow division and use the levers of his power to attack his enemies. And it’s only June.

When our history is written, Donald Trump will be judged harshly, as will those Republican members of the Senate who refused to stand up to him in the face of such graphic evidence of wrongdoing and unfitness for office. But neither will it be kind to John Bolton, who had a chance to make a difference and chose to make a profit instead.